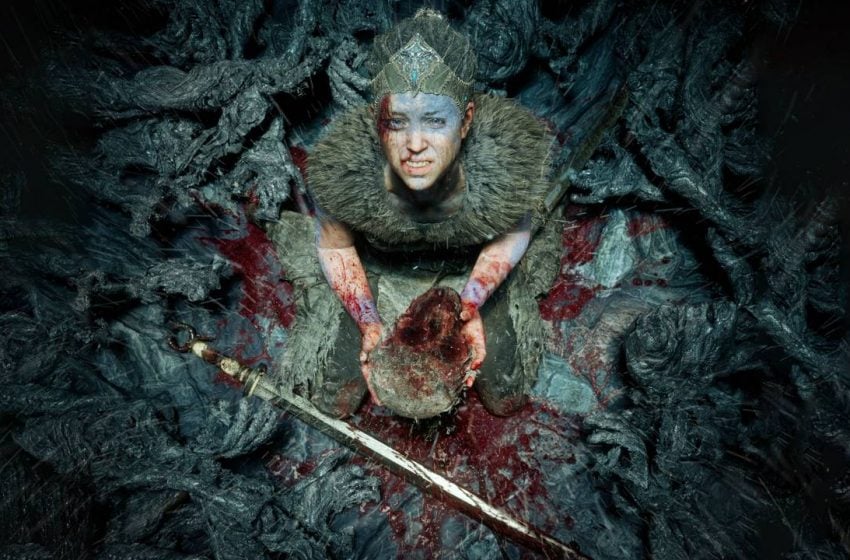 Hellblade is unique, a game designed to portray immersive environment, brawny combat system and a different element of mental illness the main character is struggling with. Senua the protagonist is a young woman who suffers from Psychosis, her syndrome is threaded by constant chattering voices, like each of them having their own distinct personality, articulating random emotions. Ninja Theory the game developer embedded the voices with binaural audio design that creates a three-dimensional sound effect. Without decent headphones, you will miss a lot of fun.

Hellblade is a journey to the sinister world of Senua, the Celtic warrior from the mystical land of Northmen going to a fictitious hell called Helheim. Senua’s never giving Will Power is inspiring that I feel keeps me connected with the character. The game developer has taken a step ahead by collaborating with neuroscientist and patient who are dealing with the mental illness and adding the experiences into this game character. You will not only see the character struggling with himself, but also her fight for her beloved without which her life has no meaning.

The game plot has no head or tail, it just begins, there are a few flashbacks far ahead in the game, revealing only some part of Senua’s past. The story just keeps dropping in different parallel daydreams, leaving with so many unanswered questions in the end. After I started playing I was very excited to know more about Senua’s world, her story, and past, but in the end, I was left with a hope of a sequel. The game is sometimes clueless, which can be the best part because it makes hard to assume what is going to happen next. Puzzles are the core aspect of Hellblade, these are arranged in a simple manner, not complicated to understand but some can make you wander round and round.

Hellblade has an amazing yet uncanny environment, this game is a fresh horror touch for your library. You will see beautiful landscape and ruins, but also dead bodies around. Devastated places have more of them, like on locations destroyed by fire, can give you the shock of piled up people. There are these ancient Lorestones, a speaking tomb in the path that tells many mythological stories. These stones have no connection with defeating bosses, or unlocking locked path, but if you planned to gather everything you can get a short secret ending and trophy. As the player, I have to find a lot of thing on my own, like passages, signs, and symbols, etc. Hints are provided in some places that can guide you for a while.

Hellbade sometime feels distressing due to the Senua’s limitation of having a single weapon only and thanks to Focus, the only power she owns against massive dark soldiers. All your wit is required when you are dealing with a horde of enemies. The combat system is restricted, but this is overcome by Senua’s health regaining ability, she does not really die in the game if you can stay away from the enemy for while. You can enter back into the battle drawing your only sword against massive axes and shields. The combat system also features combos, which seriously requires time to learn. I was so hoping to have a tutorial mode in the game where I can at least practice these combo moves. This can be organized in a better way, instead of relying on pressing a set of specific keys the game developers can assign those combos on leftover buttons around WSAD.

Hellblade is surely recommended from our side. You will enjoy the story line, and find yourself struggling with the puzzles, it does no really have very long hours of gameplay. Having headphones really makes a difference, due to the constant chattering voices, that create a major impact on the gameplay. It ends in some 5 to 7 hours with no co-op or multiplayer options. You can sit back and relax on a holiday and take a deep dive into the Northmen’s land of dark mystery with Senua. Her appealing characteristic adds a lot to the game environment, along with the combat in between and puzzles overall make it an outstanding visual treat.