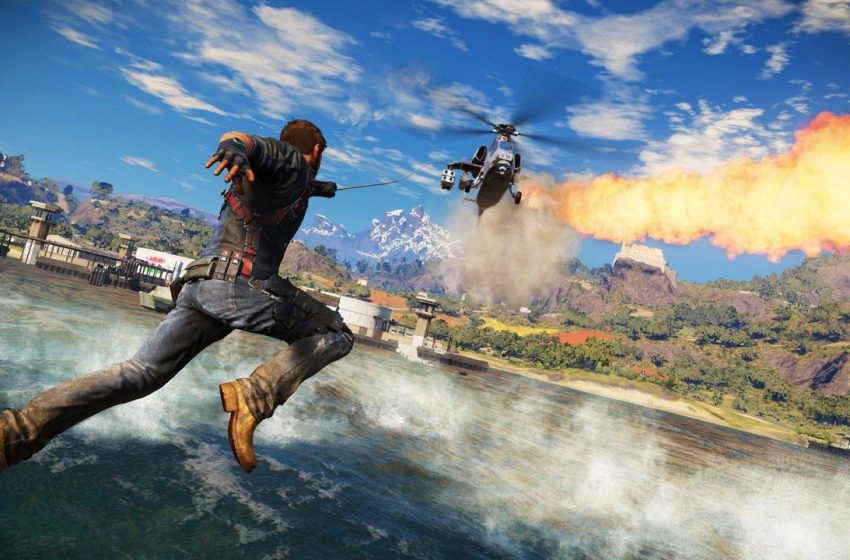 Just Cause 3, the third installment in Just Cause video game franchise, has finally arrived on retail shelves across the globe. The fans of the franchise waited for FIVE years for this game. Whatever promotional materials (screenshots, trailers, box art or any other) we received from Avalanche Studios (right from the official reveal/announcement till launch date) all of them concentrated mainly one feature “EXPLOSION and Causing Mayhem in a variety of style”. This marketing strategy of Avalanche Studios managed to catch the attention of loyal fans of the franchise but what about those players who were looking forward to Rico’s new adventure on all factors: story, new improvements gameplay mechanics, and other such factors? Is it worth for them to invest $60 straight away in Just Cause 3 or should wait for a price drop and then try out the above mention marketed features (explosion, open world sandbox, and creative mayhem)? Let’s try to find out the answer to this question in our review below.

To make a game like Just Cause 3 (single-player only, open world) a success it is not mandatory for developers to add a co-op or competitive portion, a good story, an altogether unique personal experience, and an in-depth character progression system are enough to keep players hook to the game for many hours. Sadly, Avalanche Studios failed on all these fronts with Just Cause 3, the studio doesn’t quite deliver on these parameters. However, this doesn’t mean there is no fun at all to have in the game, Rico Rodriguez’s new adventure and a return to his homeland (Medici) will offer the player a good experience but they won’t talk about it for too long.

The event in Just Cause 3 takes place several years after Just Cause 3. Rico Rodriguez has left the agency he previously worked for and decides to head back to his hometown, Medici Island. Upon his return, Rico discovers that Medici changed a lot since he first left and is now under the control of General Di Ravello, a brutal dictator. Rico pledges take down the empire of Di Ravello and free his homeland. In his journey to destroy Ravello empire, Rico will team up with local rebels and some of the returning characters from Just Cause 2.

As compared to last game in Just Cause franchise, Avalanche Studios has overhauled and upgraded the gameplay mechanics in Just Cause 3 and the perfect example I can list here is Rico’s signature weapon, grappling hook, it can now be used by players to hit multiple targets as compared to one (previously). Some other interesting and important changes include C4 access is unlimited, supply crates are easily available, players are free to use their creativity to destroy the things in the game, wingsuit is available immediately. Avalanche has made the open world of the game available to the players right from the start, so if you decide to go for an explore route then there is a possibility that players will lose track of the story missions. Prepare yourself, guys, because you will surely go to invest a ton of hours into Just Cause 3.

Variety Of Vehicles, Weapons, And Other Things

When it comes to variety in vehicles and weapons present in the game, Just Cause 3 matches the bar set by its predecessor. There are the ton of unique vehicles and weapons hidden in Just Cause 3. The one annoying thing I came across is the lack of remapping keys or controls on the controller, some of you have to invest a bit more time to get used to the controls. Also, many of you are well aware of an old saying “Size Doesn’t Matter”, this applies perfectly to the world of Just Cause 3. No doubt it is massive in terms of scale and size, but boring feel starts to creep up as all you have to do is random challenges, throw away missions and blow stuff up. You will love the new and returning characters, expect from them some funny moments and dialog.

The game suffers from nasty frame-rate and long loading time issue. During my playthrough on PC, the FPS constantly judders around while I was not doing a whole lot, for example, there is an FPS drop while driving, swinging camera. During intense explosion sequence things are worst. What is the end result of this? a big lag in input and this will frustrate you and test your patience. Coming to long or I should say VERY LONG Loading time. I find a vehicle explode challenge pretty early in the game and gave it a try, loaded it smoothly and then screwed the things and can’t complete it successfully and so wanted to give it another try and hence restarted it, it took 3 minutes to reload. Avalanche has promised to fix these performance issues via a patch, I hope they release it as soon as possible.

The environment and surroundings of Medici Island are definitely a sight to behold. The sound design is also good, not real demons there.

For loyal Just Cause fans, Just Cause 3 is a must buy instantly, no need to think twice, but for newcomers it would be better to wait for few more days and let Avalanche Studios fix those nasty performance issue. The studio has promised to do it as soon as possible. You will definitely fall in love with this game and will surely invest a ton of hours in it, there are some stunning explosion, weapons, vehicles, open world to explore. Sadly, the story is bit tad.