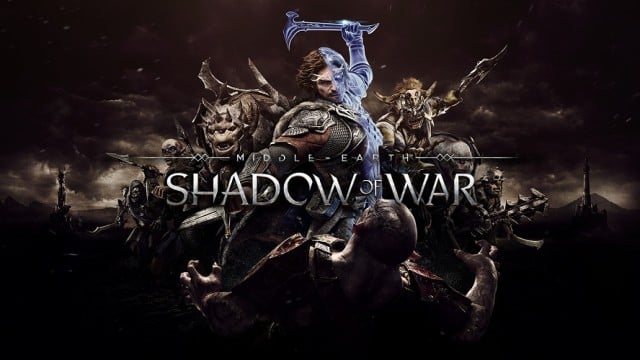 Middle-Earth: Shadow of War is the follow up to Monolith’s 2014 game Shadow of War. Once again published by Warner Bros, Talion and his ghostly friend Celebrimbor are back for more Orc slaying, monster mashing madness. The game builds directly on the foundation of the previous title, in both it’s system and it’s story. The main theme seems to be on expansion, as the scale and the stakes are bigger.

Lore of The Rings

The Middle Earth series of games don’t exactly worry too much about staying on track of the established lore. The games are set in Tolkien’s world and draw liberally from it for inspiration, but they are largely trying to do their own thing. The main problem with the game is that it is not doing much with the story. Tolkien’s work had such impact and longevity because heroes came from surprising places, villains were not always as clear cut in their motivations as you thought, and the body of work was not shy about exploring the failings and frailties of mankind.

None of that really happens in Shadow of War. Talion is the hero, the villains are very obviously villains, and Celebrimbor is just your grumpy ghost dad. There is some friction between Talion and Celebrimbor, and it’s quite an important part of the story by the end. The issue is that there is never any real heat between the two. This is because nothing you do really matters. The story is the story, so if Celebrimbor is cranky at you right now and says you need to go and kill something specific it doesn’t matter. You can go around and just fight random Orc captains all day and that part of the story will always be there waiting. It is one of the biggest issues with open world games and the narratives that they contain, even the very best writing would be undercut by the freedoms afforded the player.

The story overall is serviceable in that it gives you a reason to gut Orcs, collect Captains and assault Fortresses, but that’s it. And frankly, that’s a shame. Despite being high-fantasy, which can often be shallow or corny, Tolkien’s work has a fantastic core of humanism contained within it that goes largely unexamined in this game. The worst aspect of the story is holding back a reveal until the player has completed Act IV. Hiding something behind a credit sequence is fine if you are a Marvel movie. Hiding something behind dozens of hours of grind if you are a video game is just poor form. It is an almost tacit admittance that the previous hours of grinding Act IV were not, in and of themselves, worth doing. In case you are wondering, they are not.

For the most part, you just move from region to region, killing or turning Captains, exerting control and wrapping up side missions if you are in the mood. Throwing you back into the cycle for hours just to get a tiny bit more story seems a tad cheap.

The best part of the game is killing Orcs. Big ones, small ones, in all shades of green. You stick them in the ribs and you chop of their heads. You set them on fire and you poison them. You smash them with various beasts and you drain their little Orc brains and make them your slave. It’s all fun and oh so enjoyable. The game uses the same contextual combat system as the first where screen prompts let you know how to dodge a certain attack, or parry, or chop off a head.

For the most part the combat is good. I had hoped they would build a little more on the combat of the first game and this is where my issue with the combat comes in. I found it not to be quite as polished as the first game. Despite clearly aiming at one Orc and attacking, the game would have me focus another Orc. It doesn’t sound like much, but when certain enemies are immune to certain attacks it is.

While fighting, you build up a Might meter, and once it is full you can do Executions and other fancy moves. Suddenly finding the game decides that you are trying to execute an Olog that cannot be killed that way is annoying, as you lose the meter and must start building it up again.

My main issue with the combat is that, while smooth on the small scale, on a large scale it can just be frustrating. Shadow of War seems to bring more Orcs to the fight and it can be a bit annoying to have fifty of them milling around you and getting in the way. For review purposes I played the game on Normal difficulty and I died a total of five times in thirty-five hours of play. Contextual combat systems are just about reacting to onscreen prompts, not particularly difficult to do. The devs seem to have made an error in judgement, and rather than deepen the combat system and make fights harder and riskier they just added more Orcs.

Combat is filled with tiny frustrations and denials about what you can hurt or dodge, that you can eventually work your way around using the Character Skills. Part of me wishes they had just cut loose and let you be a murder machine from the start, then worked on ways to make combat more interesting after that. As it is, fighting just gets easier as the game goes on. Annoying things you can’t do can be removed by skills until, by the end, you are freezing Orcs by jumping over them, instantly killing them on a parry and even raising fallen enemies to fight alongside you as zombie slaves.

I fear the core problem with these contextual combat systems is that they are designed to provide more spectacle than actual challenge and, while they can be fun, there is an inherent frustration built into them in Shadow of War.

The ultimate issue I had with combat was the constant interruptions. Every Captain that shows up wants to talk at you. And it can get a bit drawn out. First, they have a little sequence where they show up. After this, you start to fight them, and they eventually figure out they are fighting you, so want to talk some more. There is a good chance they will want to talk one more time before you chop their head off. Now imagine you are fighting two or three Captains. I’m aware it is all part of the Nemesis system, but it gets old to constantly have your fights being interrupted over and over by poop-talking Orcs.

Enemy of my Enemy

The Nemesis system is really what sets the Middle Earth titles apart from their peers. If a Captain kills you, or another Captain, it has an impact. The victorious Orc is promoted and will remind you of his victory the next time you meet. Beat an Orc in a fight using fire and he might show up in future burned and holding a grudge. It is a fun system and can get hilarious when you are being chased down by a maggot-filled amputee with poison and burn scars. I like the system, and praised the first one for it.

It has been expanded somewhat in Shadow of War because now you can hunt down Captains and force them to join your Army, slowly taking out an area’s Captains and Warchiefs, until eventually attacking the Overlord in his fortress. This leads to a lot of opportunity for the Nemesis system to do its work. At times, I genuinely felt that the game was trying to kill me to feed the Nemesis system. I would be fighting some Captains when one of my friendly Orcs would show up and turn on me, and this would instantly be followed by an Ambush from another Orc. I found it all a bit frustrating, mainly because all the Orcs kept insisting on talking to me over and over. All in all, the Nemesis system is still one of the highlights of the game, leading to fun encounters that have consequence.

One element of the game that really impressed me was how it ran. No stutter, even with a screen mobbed with Orcs. No crashes or technical issues, and the fast travel system is legitimately fast. Like the first game, it’s all very smooth and polished on the technical side. However, unlike the first game, it just didn’t feel as smooth and polished in combat, or moving. The amount of times a tiny pot or table would seem to stall Talion was noticeable, as was the amount of time the game would suddenly decide to focus on another enemy instead of the one I was attacking.

Graphically, the game is nice looking, no doubt about it. However, it seems to lack, once again, the polish of the first. Detail does not seem to run quite as deep and lines are not quite as sharp. A special mention here for the snow effect that happens in one of the Regions. It is intrusive and annoying and caused me a lot of frustration in large scale fights. I had hoped the game would build on the first one in more substantial ways than just in scale, and I do get the feeling that the step up in the overall size of the game cost some time when it came to polishing everything up to the standards set by the first game.

The presence of microtransactions caught me a bit by surprise and, honestly, I can’t say that I felt they added anything to the game. You can buy Orcs for your army for the asynchronous multiplayer mode that has you attacking other players’ fortresses. It felt wholly unnecessary, much like the multiplayer itself, and struck me as publisher meddling over a developer’s desire. Microtransactions equate to more money, so I guess more and more games will now be cramming them in, whether they add any actual value to the player experience or not. In this case, they do not.

What this game does best is provide a power fantasy and reasonable systems with which to enact that fantasy. As Talion levels up he gets access to new skills, which make him more effective in combat. I like to load up a mission or Captain fight and take my time, dominating Orcs in key areas, poising Grog barrels which I would then set alight to burn enemies who hadn’t been poisoned. Sneaking around and taking out as many Orcs as I could via stealth. It is all good fun and feels rewarding.

You can also get new gear in the form of swords, bows and armour from defeated Captains, and this can be buffed again using Gems that marked enemies will drop. At its very core it is an enjoyable game. I just feel it could have benefited from a bit more focus and polish, cutting out some of the standard open world fluff and focusing a little more on a tight and tense race against time to save the world from the green horde.

If you enjoyed the first game, there honestly isn’t much here that you will find objectionable, but you may also find that the game doesn’t quite build on the previous title in a way that feels truly satisfying. 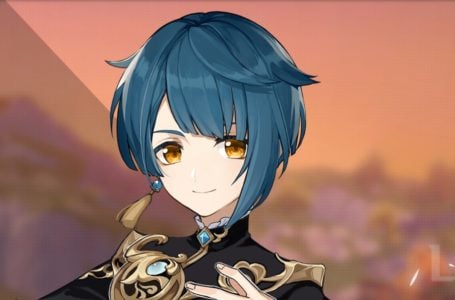