Project CARS was without a doubt the most anticipated racing title to hit the shelves and digital store rooms in recent memory. It, unlike some of its contemporary competitors; Forza 6, Forza Horizon 2 and to a lesser extent the dated Gran Turismo 6, was a multiplatform series available on Xbox One, PlayStation 4 and PC. PCars, as it became affectionately known, was looked at in 2015 as the title that would bridge the gap between simulation racing titles such as iRacing, the rFactor series, and Assetto Corsa, with the ease and fun of console based arcade racing games such as the aforementioned Forza and Gran Turismo series. While PCars ultimately never lived up to the hype that game community created, it nevertheless did leave gamers around the world with a sense of what could be. With the release of Slight Mad Studio’s second lap in the Project CARS franchise, let’s see if Project CARS 2 can excel where Project CARS failed to deliver.

What is there to say about the graphics in the Project CARS franchise that hasn’t already been said? It’s beautiful; the dynamic weather system that was created for Project CARS has only been improved upon in Project CARS 2. What I love most about the graphics in this title is that Slightly Mad Studios paid attention to the smaller details that add to the immersion. Items such as how the windshield wiper blades and arms shake at high speed as if they are being pushed around by air, and the way that rain drops hit and spread across the windshield. Long story short, if graphical fidelity is what gets you excited about a racing game, then Project CARS 2 delivers in spades.

However, if sound effects are more your speed, then prepare yourself for an auditory onslaught, because the sound design in Project CARS 2 is intense to say the least. While in the cockpit of your chosen race car, you will endure the full force of the Slight Mad Studio’s audio department: Near deafening engine sound effects that are expertly balanced with the whine of a transmission with straight cut gears. When you’re off the throttle, you are treated to the pops, crackles and bangs of these car’s open exhaust systems. During a race, you can just make out the exhaust notes of your competitors’ cars, but because of the sheer intensity of the in-cockpit experience, it’s not something that you’ll get a chance to savor. Unfortunately, the depth of the sound design within Project CARS 2 ends here. Tire screech is a generic sound that was more than likely recorded inside an empty Costco after the floors were just waxed; tire scrub is almost impossible to hear and it too isn’t anything close to memorable; going off track doesn’t pelt the undercarriage of your car with rocks, pebbles or other miscellaneous pieces of debris, rather it’s a generic muted rumbling sound. While the sound design might lack sophistication, the fact of the matter is that Project CARS 2 doesn’t need it. The sounds within the game were created to heighten the intensity of the racing experience for the driver, and in that regard, it delivers wonderfully.

While graphics and sound design are critical components of a serious racing game, the real money maker is not only the content released with the game, but how those beautiful cars drive that can make or break a racing title. It’s my opinion that nearly all the cars within Project CARS 2 can be described by a single word: heavy. Almost every single car in Project CARS 2 feels as if it’s plowing through the track with an elephant as a co-driver. While not game breaking in the slightest, it’s merely an observation about Project CARS 2 that I’m basing upon the hundreds of hours’ worth of racing that I have done in other Sim and Arcade racing titles. Beyond this unique heavy feeling, nearly every car in Project CARS 2 feels to be on-par with the other major titles on the market.

While I do enjoy using many racing titles, my biggest critique is that the vast majority of them are aggressively working to stay current with the trends in the real motorsports world. Because of that, I do find myself drawn to the catalog of historic cars within Project CARS 2. These cars allow you to enjoy a by-gone era in motorsports, where you could either create your own historic racing seasons (historic tracks are unfortunately lacking), or plan a historic track day at modern tracks. I myself prefer to think about these one-off races more as a historic track day, since there isn’t a historic career mode. At any rate, I love hearing the roar of classic American muscle cars, the refined sounds of the Italian V8s and V12s and the blow off valves from the big turbo GTO cars from the 1980s. It’s a breath of fresh air in an industry obsessed with keeping pace with real-world motorsports.

The largest critique that I can level at Project CARS 2 with regards to the gameplay is that, while you can change your speedo from Metric to Imperial, those changes don’t take effect in the pits, when you most need a familiar standard of measurement. I really wish that Slightly Mad Studios would allow for the measurements within the pit to be selectable, as they do with the speed and distance.

If you played the Career Mode in PCars then you know that the first title left a lot to be desired. For starters, the career mode was a simple set up of “pick the racing series you want to run.” There were no tutorials in the form of “driving schools” or “license tests” that a driver had to complete to compete in a given series. The driver just picked what series that they wanted to run, and the game allowed it without qualification. This led to a career mode without a clear path of progression, without any advancement if the driver chose the top tier cars right off the bat, therefore there was nothing to keep a driver engaged with the career mode. Frankly, for me the most engaging and entertaining aspect of PCars’ career mode was the built-in social media that showed “tweets” from fans after every event. That was something special, but it wasn’t enough to save a poorly planned out career mode.

However, with Project CARS 2 all that has changed. No longer can a driver decide to select the top tier cars. Instead a driver can select from one of four career trees and from one of the first three levels on the tree they’ve selected. To drive in the next class of cars you will have to earn that ability through your on-track performances. They have added career goals for those who want to “Platinum” everything and they have added the ability to eventually earn renown with a manufacturer and become a manufacturer driver. While these are marked improvements to the career mode, it’s hard to say if the replayability of the career mode in Project CARS 2 will outpace its predecessor or if it too will sputter and stall out.

Artificial Intelligence in all racing games leaves so much to be desired, and while it’s by no means horrible in Project CARS 2, the AI just needs a little bit more flavor because the AI experience is still vanilla at best. Unfortunately, not much has changed from PCars to Project CARS 2. While there seem to be far less pile ups going into turn 1 on lap 1, they still do happen more frequently than they realistically should. As I’m sure you can recall, lap 1 turn 1 pile ups were nearly a staple of the AI experience in PCars. The reason for this calamity is because those involved in the programming of the AI created a single AI driver model that is given to all AI cars on track. This means that every AI car will attempt to run the same line, brake at the same point and, worst of all, they all have the same frustrating habit of braking or slowing down in high speed corners. As I mentioned before, AI that doesn’t live up to standards is really a staple within the world of simulated motorsports.

Thankfully, Slight Mad Studios was wise enough to allow the drivers to customize their AI experience with difficulty and aggression sliders in the pre-race menu. These sliders will allow the driver to fine tune the AI so that the driver can have whatever experience that they want to have. If they want to curb stomp the AI, then the driver can turn down the AI difficulty until they are lapping the paste-eating AI cars after only a couple of minutes into the race. However, if the driver wishes to struggle in the race while reciting their favorite battery of profanities because the AI is taking corners at god-like speeds, then they can have that experience by turning up the AI difficulty and aggression. It’s up to the driver and how much swearing they want to do.

Virtual Reality is fully supported in Project CARS 2, and what’s nice about this title is that the game saves your VR and monitor graphic settings separately. So, for those days when you don’t want to rock the VR headset and you load up Project CARS 2 the game already has those monitor pre-sets ready and waiting for you when you want to be a casual for the day. Conversely, when you want to take SimCade racing seriously and you toss on your VR headset the game will automatically launch with your saved VR settings so you’re good to run at a solid 90 FPS without any further adjustments.

On a personal note, I do own an Oculus Rift, and I thoroughly enjoy using it with my other racing titles. However, I can’t say that I feel the need to use it when I’m playing Project CARS 2. There isn’t anything necessarily wrong with the VR presentation or the graphics with Project CARS 2 while I’m using my Rift. It’s more of an issue of seeing Project CARS 2 as a more casual title by comparison to the other titles I regularly utilize.

Project CARS 2 is an entirely entertaining title that revved up the single player with career mode that was more thought out in terms of driver progression and “leveling up.” Graphically speaking, it’s a no-brainer as the game is one of the best-looking games on the market. The sound design is intense but slightly superficial once you go beyond those tasty engine notes. The AI leaves something to be desired, but the difficulty and aggression sliders allow for the driver to customize their experience, which is always a win. There will always be issues with every title and Project CARS 2 is no exception, but overall the game is a solid racing experience. 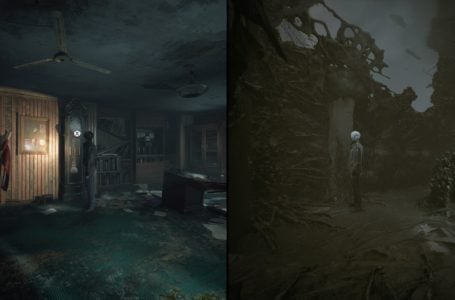 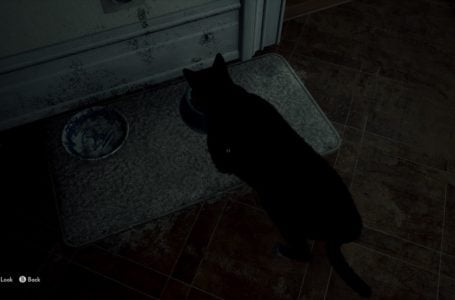 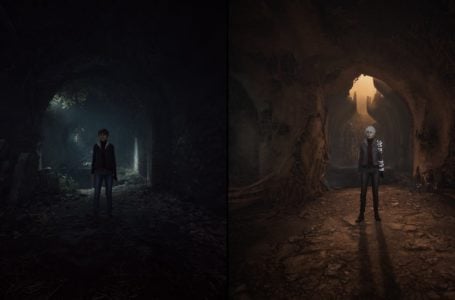 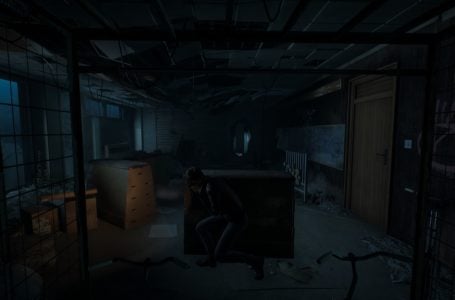 How to hold your breath in The Medium