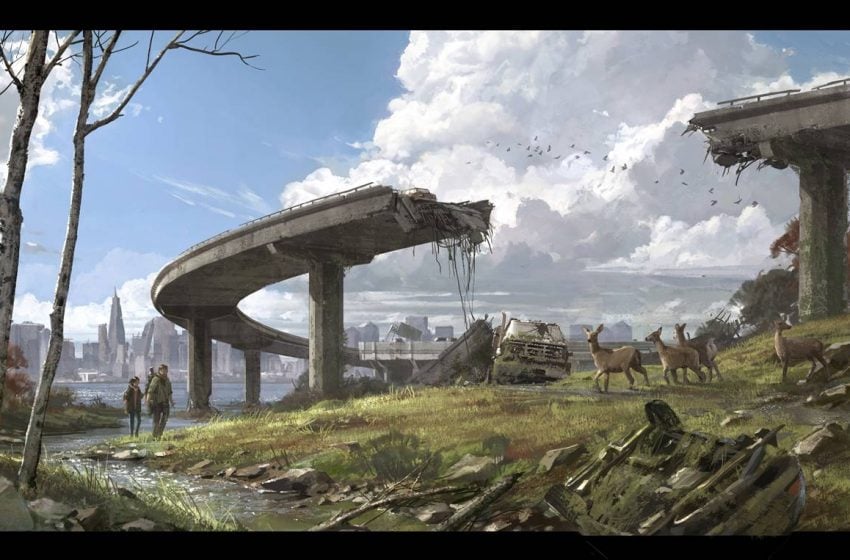 The Last of US concept Art 3

The Last of Us, now we all know that it’s action-adventure packed with heavy survival horror title which is exclusive to PS3 only, which is sadness for other platforms because this title is something which can be sole reason to buy new PS3 itself, Don’t believe me yet? Read on.

Resident Evil, Dead Rising and The Walking Dead are just some of the many survival horror franchise of this generation that have zombies and other deadly creatures. And while all of them had you escaping in numerous ways but none of them come close to the intensity level of Naughty Dog’s The Last of Us.

The Last of Us take place in a world where infected (zombies) and other deadly creatures roam freely. Society is cease to exist and cities are quarantine zones under martial law. For our lead characters (Joel and Ellie) each day in The Last of Us is an exercise in Survival.

Gamers take on the role of Joel (Forty or Fifty something), a smuggler by profession, who managed to make a decent living. Joel is tasked with delivering a child (Ellie) with safety across the country border. However this journey of Joel is not as easy as it sounds, as it is fraught with monsters, bandits and run-ins with army.

During this journey of Joel, gamers will also discover the real reason for the current situation at hand (zombies infection and other nuisance i.e when, where and why this mayhem started) by means of some fantastic story telling.

Furthermore, during the entire journey, you will hide, stab, shoots, bombs and run for your life from a hordes of enemies. You will be on the edge of your gaming seat and battling for survival, be it with slew of infected chasing after you or trying to avoid bandits in jeeps with turrets.

In an attempt to reach destination you will traverse across broken remnants of civilization. The Last of Us universe is extremely detailed to the point that it forms a part of narrative itself. Resource and ammunition are in limited numbers and so every shot fired counts. Players will be able to craft their own weapons and items. In The Last of Us, if you manage yourself well, you will find that there’s more than enough resource, arms and ammunition to complete your journey with easy.

The Last of Us graphics and visuals are of top notch. On top of that, the combination of rubble, foliage and effects brings the story to life in the most realistic fashion. Leaving asides few minor scenarios (which seems bit odd), there’s nothing that stops The Last of Us from being a game every Playstation 3 gamers should play.

Everything in The Last of Us is perfect (be it narrative, gameplay or production). Not only this, these things are leaps and bounds over anything we have seen on PS3.