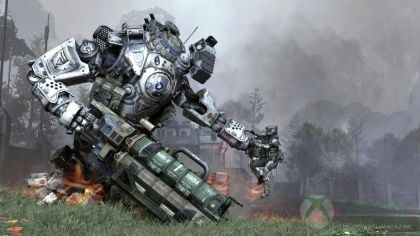 Right from the time of Titanfall’s announcement to its launch, there was a massive hype, and it seems like all those were genuine because Titanfall is indeed the new face of multiplayer gaming. Titanfall is developed by Respawn Entertainment, a studio formed by former developers of Infinity Ward and creator of Call of Duty series. Respawn’s Titanfall does reminds us a bit of Call of Duty multiplayer and a little bit about Halo multiplayer, however in no way its derivative, but instead feels fresh, innovative and unique in each and every section.

Whether or not Titanfall will help Microsoft’s Xbox One to catch up with front runner Playstation 4 in global sales, only time will tell. But i can confirm here, Titanfall is indeed the new face of Multiplayer Gaming and will stay until Battlefield franchise or Call of Duty series comes up with something unique in future.

Play As Pilot Or As Titan, Its Fun Both Ways

In Titanfall, players are allowed to play the role of their choice, either they can play as Pilot or as giant Titan, but let me tell you guys its fun playing both ways. If you choose to play as soldier, you will be on foot, running around using your deadly weapons and shooting your enemies. You will be shooting the same way you do in other first person shooter available in the market, however in Titanfall you are equipped with something special that gives a refreshing feel, Jet-pack that allow players double-jumping and running on high-rise wall.

Playing as Titan (a robotic mech suit) is equally exciting. Pilots control these large robotic beasts from inside. They are armored with some powerful weapons and gadgets similar to the one we saw in Hollywood movie like Pacific Rim. Battles fought in Titanfall by Titans and Pilots are epics, never seen before in any FPS. The gameplay looks pretty simple, but have been polished to an extreme level by Respawn, and this results in some action-packed battles.

Titanfall controls are enhanced ones and players will need some time to get use to them, but once mastered, they will enjoy each and every moment of their gameplay, series of jumps, jetpack, walking through wall to wall and other highrise structures and doing some outstanding airborne tricks.

The most important selling point of Titanfall is Gameplay, it is a fast paced shooting title, where players get just a fraction of second to make a call what to do and when to, no matter what, whether you are climbing a wall using parkour system or battling a Titan vs Titan fight and more. Multiplayer community will instantly fall in love with the fast moving gameplay Titanfall offers. Parkour system brings in all the fun that was missing in previous multiplayer titles, it was a refreshing experience to see how players actually use parkour system instead of just running around the map and without making even a single jump.

Titanfall also features 6 vs 6 players battle, but there are some AI Bots as well on the Battlefield. The task of these AI Bots is to help both side of players to capture objectives. They are basically present in the Battlefield to gives a feel that players are not fighting this battle alone and create a immersive Battlefield like experience. In short AI Bots are good cover-up for “6 vs 6” low player count.

The customization options available to players in Titanfall are Perk Selection, Special Ability, Guns, Attachments, Titan’s Gun, Perks, Special Abilities. Being a next-gen shooter, it was expected that Titanfall will feature some more advanced customization systems. Lack of customization option in Titanfall directly affects Titanfall’s progression system, it feels kind of empty due to small amount of content. Coming to guns, Titanfall offers Two per category, apart from Light Machine Guns and Shotguns where there’s only one, and at level 35 players only gets to Bolt Action Sniper Rifle and more Burn Cards to unlock.

Graphics/visuals was never meant to be a selling point of Titanfall. The game is powered by a decade old Source Engine, and it runs at 792p on Microsoft Xbox One, so don’t expect next-gen visuals in Titanfall. The game also suffers from frame-rate drop issue and screen tearing, especially during Titan vs Titanfall battle, I am talking here about a decreased 25-40 FPS. Respawn Entertainment has promised to fix it via patch in future.

Respawn toyed with a new idea in Titanfall, and it was integrating campaign in multiplayer match. Well, on paper it sounds revolutionary but in reality it was a tough task as it required developers to make players pay attention to every small aspect as to what’s going around, and in a fast-paced game like Titanfall it is next to impossible to achieve this.

Campaign is available in Titanfall in Player vs Player battle. It is played throughout multiple stages of competitive matches. After completing Titanfall campaign with one faction, players can finish the same campaign but with the eyes of the other faction (i.e if you have played campaign first as Militia then you can play same campaign as the IMC) in short Titanfall does offer re-playability.

Titanfall stands tall on many fronts such as addictive gameplay, piloting Titans, ability to run and jump along the walls and other things. However lack of content, less than stellar graphics/visuals and lacklustre online campaign puts a big question mark on all hype/excitement. Another worrying factor for Titanfall is Longevity because that special feeling about playing it will disappear soon.

How to beat and capture Kyurem in Pokémon Go, weaknesses and counters

How to beat and capture Zekrom in Pokémon Go, weaknesses and counters 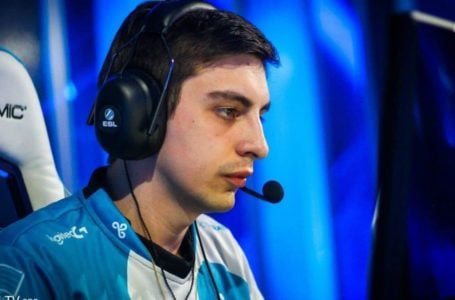 What are Shroud’s Valorant settings and keybinds?