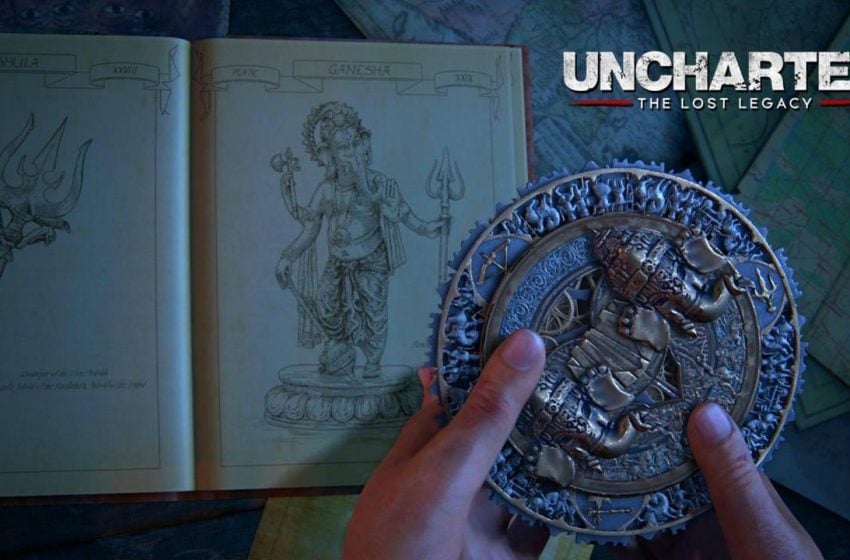 I must admit that I never made it through Uncharted 4: A Thief’s End. After thoroughly enjoying the third installment in the series, I just couldn’t find enough time. So, when I heard that Uncharted: The Lost Legacy was slightly more manageable in scale, I was excited. I’ve played all the Uncharted games up to this point and would consider myself a fan of the series, except for maybe its combat, something that’s not uncommon from what I understand.

Uncharted: The Lost Legacy departs from the existing series in that it ditches its main protagonist. Nathan Drake is out, Chloe Fraser and Nadine Ross are in. Together, the duo embodies many of Drake’s qualities, with Chloe being the adventurer/archeologist type and Nadine being the mercenary.

Uncharted: The Lost Legacy starts off like many games in the series. Chloe is after an artifact which she hopes will lead to great undiscovered treasures. She immediately runs into the game’s antagonist, who is also after the treasure, but for much more nefarious reasons. Along with Nadine, Chloe spends the rest of the game following clues to the treasure’s location, while occasionally fighting with various enemies that stand in her way. This is standard Uncharted fare, to be honest, but it’s still enjoyable.

The story isn’t terribly ground-breaking and follows well known paths that will seem familiar to fans of the series or other adventure genre leaders, such as Indiana Jones. The bad guys are unequivocally bad and, while Chloe and Nadine’s ambitions may be driven by money, you won’t really care, because by comparison, they’re definitely the good guys.

In true Uncharted fashion, you get to experience some interesting history and probably learn a few things about Indian culture and heritage. There are few surprises, but the story never left me feeling bored. There’s just enough action and puzzles to keep me interested, and the gorgeous cutscenes help purvey a feeling of being there with the characters.

If I’m honest, I’m not a fan of the combat in the Uncharted series. It’s gotten progressively better throughout the series’ installments, but I’d still like to see less of it. I played Uncharted: The Lost Legacy on the story mode setting so I could face as few enemies as possible. It’s still too many for my liking. I understand that, without it, there would be little to do other than solving puzzles, but I think I might be okay with that. Or, the combat could just be better. It’s never felt right to me. The recent Tomb Raider releases have handled combat better, in my opinion. In Uncharted it just feels stale. I was always happy when a fight was over so I could get back to the heart of the game; solving puzzles and finding treasures.

Before you think that the duo of Chloe and Nadine would make for a perfect co-op experience, hold your excitement and join me in being disappointed that nothing ever came of that idea. You play as Chloe throughout the entire game. There is no switching back and forth. No mechanics that could have taken advantage of having two heroes. Nadine makes for great conversation and occasionally helps Chloe out but, unfortunately, she’s kind of just there to be part of the story. I feel like Naughty Dog missed an opportunity here.

The rest of the gameplay mechanics will be familiar to anyone who’s played an Uncharted game. Chloe can climb a great many structures and has no fear of heights. Even with the addition of some simple hints that tell you that making a certain jump will result in a safe landing, I managed more than a few missteps, but I think that can be blamed on my less than stellar controller skills.

The climbing does feel a little clumsy at times. There are places that Chloe can’t climb, for no reason other than that it was so decreed by the map designers. Instead of climbing something that even I could scale, she’ll just produce a silly little hop. That broke the immersion for me a little bit. Unless you’re aiming at the perfect piece of climbable ledge, you’re totally useless as an adventurer. Once actually climbing something, it just didn’t feel terribly smooth to me. Perhaps I’m remembering too much of how Lara Croft in the latest Tomb Raider game climbs, but I never felt like Chloe’s climbing was natural.

Some stealth mechanics and takedowns add to the variety that combat offers, and while it’s usually easier just to shoot your enemies with a silenced pistol, pulling someone off a ledge or knocking them out in a patch of high grass is very satisfying. Several chapters let you drive a vehicle, which handles just fine even under stressful circumstances. Getting Chloe to enter the car in an efficient manner seems to be an elusive skill, however, and on more than one occasion I yelled at the TV, “Just get in the car, Chloe!”

Uncharted: The Lost Legacy looks great. My most recent pleasant visual experience on the PS4 is Horizon Zero Dawn, and this game comes close. I don’t find it quite as crisp in the texture details, but the vistas and landscapes are stunning, and I stood at the top of cliffs several times just taking in the scenery. A nice touch is that part of the collectibles in the game are photo opportunities. Why Naughty Dog didn’t automatically save the photos Chloe takes to your system is beyond me. You only ever get to see them on her smartphone and you can’t truly recreate them. What a missed opportunity! The game has a built-in photo mode, but it lacks the ability to hide Chloe herself from the scene, which becomes quite annoying for in-game landscape photographers.

The audio is on par with what you’d expect and at times it feels like you’re playing an interactive movie. The voice acting is solid and you’ll probably recognize Usman Ally’s portrayal of Asav. His likeness and voice are immediately recognizable. At times, Laura Bailey’s version of Nadine’s South African accent felt a little bit on the nose, but none of it detracted from the overall experience.

I very much enjoyed Uncharted: The Lost Legacy. Chloe Fraser and Nadine Ross brought a different perspective to the game, and I was glad not to have to endure seeing Nathan Drake get beat down by whoever the villain was going to be. The game’s story was adequate enough to entertain, and the length was perfectly aimed at someone in my position. The combat, though not my favorite, did not detract from my overall enjoyment of the game, and by the end of it, I felt a true sense of joy at completing the story.

The fact that the game’s price is significantly less than a typical Uncharted title makes it even more enticing for fans of the series. I highly suggest you do so. Will Nathan Drake be back in a future installment? The game offers no clues one way or another, but if Chloe and Nadine return, I’ll be excited to see what trouble they can get to next time. Just, perhaps, let Nadine be more than just an AI-controlled sidekick next time.