A very first screenshot of PS3 version of Battlefield 3’s Operation Metro has been released on the internet all thanks to the staff of italian gaming website “Videogame.it”. The Italian gaming website was offered a chance of the lifetime to visit DICE’s officies in Stockholm, Sweden. The site took some awesome shots of the DICE […]Read More

Battlefield 3 developer DICE has the mechanics of game’s co-op mode, and also confirmed that there will be an open beta for all PS3 gamers. On official PS Blog, DICE product manager Tommy Rydling said, “The missions in the co-op campaign are for the most part asymmetric,” “This means that one mission can have you […]Read More

Recently there was a rumors related to the console beta version of DICE upcoming first person shooter “Battlefield 3”. It was rumored that beta testing of Battlefield 3 will begin late September/early October date. DICE has clarified that the studio has not yet finalise any window for Battlefield 3 beta. Daniel Matros, Global Battlefield Community […]Read More

Battlefield 3 developer DICE has just released a full version of Operation Guillotine gameplay trailer. The gameplay footage in the trailer is from the Xbox 360 version of the game. This is definitely a must watch trailer for all Battlefied 3 fans, it’s really very INTENSE. Watch the trailer below:Read More

Microsoft announce Games With Gold September 2017 lineup i.e. all 4 free games for Xbox One and Xbox 360. Forza 5 and Oxenfree for Xbox One. Hydro Thunder Hurricane and Battlefield 3 for Xbox 360.Read More

Is popular Battlefield 4 maps Kharg Island and Caspian Border is coming to Battlefield 4?. DICE and EA recently released a new trailer for Battlefield 4 showcasing new Battlelog and its many new features. The trailer showcased multiplayer, social, and matchmaking options for new Battlelog, but the things which went unnoticed was Battlefield 3 maps […]Read More 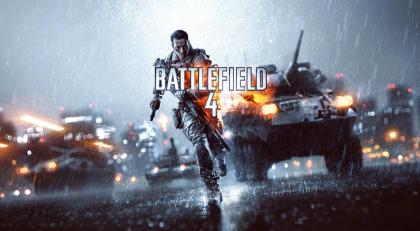 On March 26, DICE and EA unveiled to the world the next installment in Battlefield franchise, “Battlefield 4”. The publisher/developer showed over 17 minutes of pure gameplay footage of Battlefield 4. The footage gave first glimpse of the human, dramatic, and believable single player campaign in Battlefield 4. Battlefield 4 demo that was showcased at […]Read More 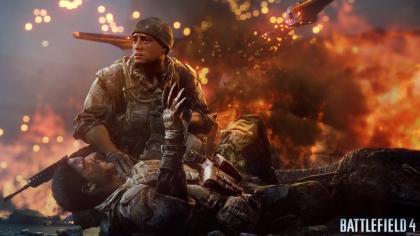 Yesterday at GDC 2013 all of us saw a gorgeous looking Battlefield 4: Fishing in Baku gameplay trailer. The footage was full of special effects like explosions, fires, and particles.Read More

DICE has just unlock new Battlefield 3 Double XP weekend across all platforms for Battlefield premium subscribers. This means, players will be able to score double on all ranked servers accross all maps and game modes on PS3, Xbox 360 and PC for 72 hours. In addition to this, DICE has also announced that if […]Read More