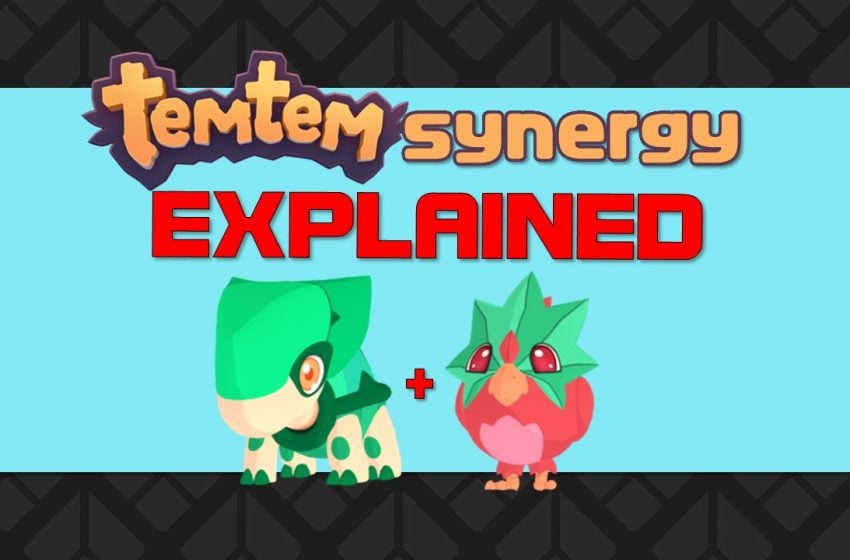 One of the core game mechanics in Temtem is 2v2 battles, which adds a lot more strategy than if it were a typical 1v1, and for some temtems, who you send out with them can make a difference in the power of their techniques. When a temtem’s technique has higher damage or greater effect due to the other temtem that is sent out with it: that is called Synergy.

Synergy is created when a temtem with a certain synergy technique being sent out alongside a temtem of a certain type. This type can just as often be the same type as the attack, as it can be a different type. Note that it’s not enough for a temtem to know an attack of that type, it must be the type of the actual temtem itself.

You can distinguish a technique that has a synergy option from the others by the plus sign on the top left corner of the technique name. If you have already type matched, the plus sign will be highlighted.

View a technique’s details to see what the difference is between the normal and synergy techniques, and what type of temtem you need to send out to synergize.

There are 22 synergy techniques currently in the game. Here they are, organized by the main type, showing each of their type matches.