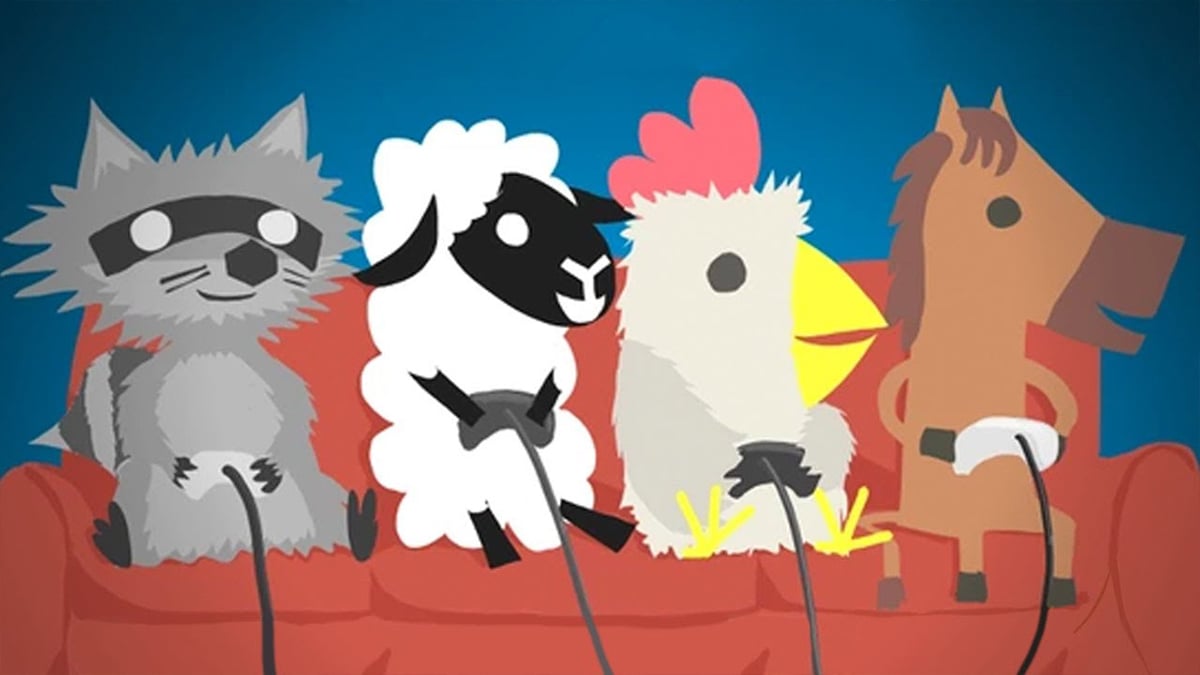 Ultimate Chicken Horse is about outplaying your opponents to reach the end goal, but that’s not the only way to enjoy it. Custom levels and free play mode have led to some truly great creations from the fans. We’ve gathered ten of the best in the game, listed below for you in alphabetical order. You’ll find the level codes too, so you can try them all out for yourself.

Related: What is the Unlock Everything cheat code in Ultimate Chicken Horse? Answered

We’re starting off without getting too wild; creator ploxi describes City Mill as just “a little bit tricky.” The symmetry of the stairs and saws at the beginning of the stage get points for being so aesthetically pleasing too.

Gauntlet levels always make lists like this, and this is one of the very first ones. Plenty have been created since, but you have to give props to one of the first gauntlets made just days after the game added custom levels.

This is another original that deserves credit. Horse’s Mega Windmill was the custom level that the developer itself featured in the trailer that announced custom levels in the first place. You owe it to yourself to visit the originator.

TNTarantula’s level makes this list for its clever mechanics. First, you have to survive an incoming wave of arrows. After that, you can snag a jetpack and race to the finish — carefully, of course.

Panic at the Disco V2

This was one of the first custom levels called out by the developer itself. The silhouette design makes it extra tricky, since it’s hard tell the hazards from the safe platforms sometimes. Emo kids will love the title too.

Normally in Ultimate Chicken Horse, you want to go for the teleporters, since they provide shortcuts to the goal or bypass certain obstacles. That’s not the case here. TheSolty’s level instead challenges you to pick the right teleporter and carefully jump through each gate to reach the end.

Less a challenge and more an example of great pixel art, pimentaco42’s work nonetheless deserves a spot on this list. The composition is nice, and the narrative of escaping from a sea monster attacking your ship for the safety of an island is clever.

That spells “spin,” get it? Phoenisweet created one big obstacle that focuses on deadly black holes. Get past that, and you’ll have to deal with a wrecking ball. It’s simple, yet very effective.

Spiral levels are quite common in Ultimate Chicken Horse now, but this one from bate_borisov was one of the very first of its kind in the game. Your goal is to reach the middle of a spinning cube, where a teleporter will take you to the finish.

Difficulty can be subjective, but claiming to be the “world’s hardest level” still deserves a look. This stage has six different chambers, each of which present a different, precise challenge. The rainbow layout is rather nice too.