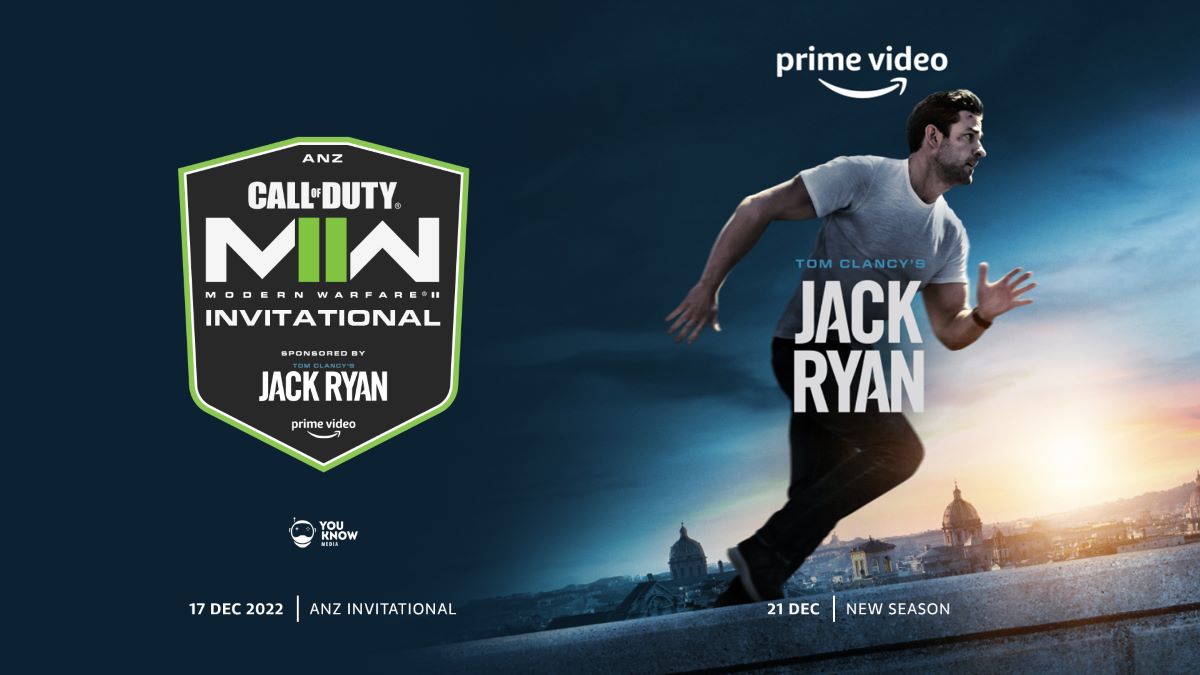 This article is written in partnership with Prime Video

ANZ Call of Duty fans start gearing up for a month of action content, as Prime Video is bringing you 2 major events with the first Modern Warfare 2 tournament and a new series of Tom Clancy’s Jack Ryan.

The Tournament, called Modern Warfare 2 ANZ Invitational, sponsored by Tom Clancy’s Jack Ryan, streams live on December 17 from the official Call of Duty Twitch channel, and will be an eight-team showdown featuring some of the best talent, players, commentators and streamers from the region.

The rules will be an elimination 4v4 tournament with CDL/Competitive format. All brackets will be seeded randomly, leading to unknown battles. Teams will consist of Captains and partners to the event that will then draft three competitors themselves. The prize pool is set at $15,000 AUD with first, second, and third place sharing their takes.

This is the first Call of Duty Modern Warfare 2 tournament in ANZ and will be hosted at The Chiefs Esports gaming house, with some special features and giveaways for Prime Video subscribers.

All thanks to the release of the new series Tom Clancy’s Jack Ryan Season 3 on Prime Video, launching 21 December where John Krasinski plays Jack Ryan, a CIA financial analyst gone AWOL on a mission to prevent a global catastrophe.

The 8 part action-thriller series follows Jack Ryan as an international fugitive on a mission. Crisscrossing Europe as he is hunted by former allies and new enemies alike, Jack races against the clock to stop the cascade of destabilizing conflicts from leading to disaster.

To stay up to date with all information regarding the competition, make sure to keep an eye on the Call of Duty ANZ social channels. We can’t wait to see you there.