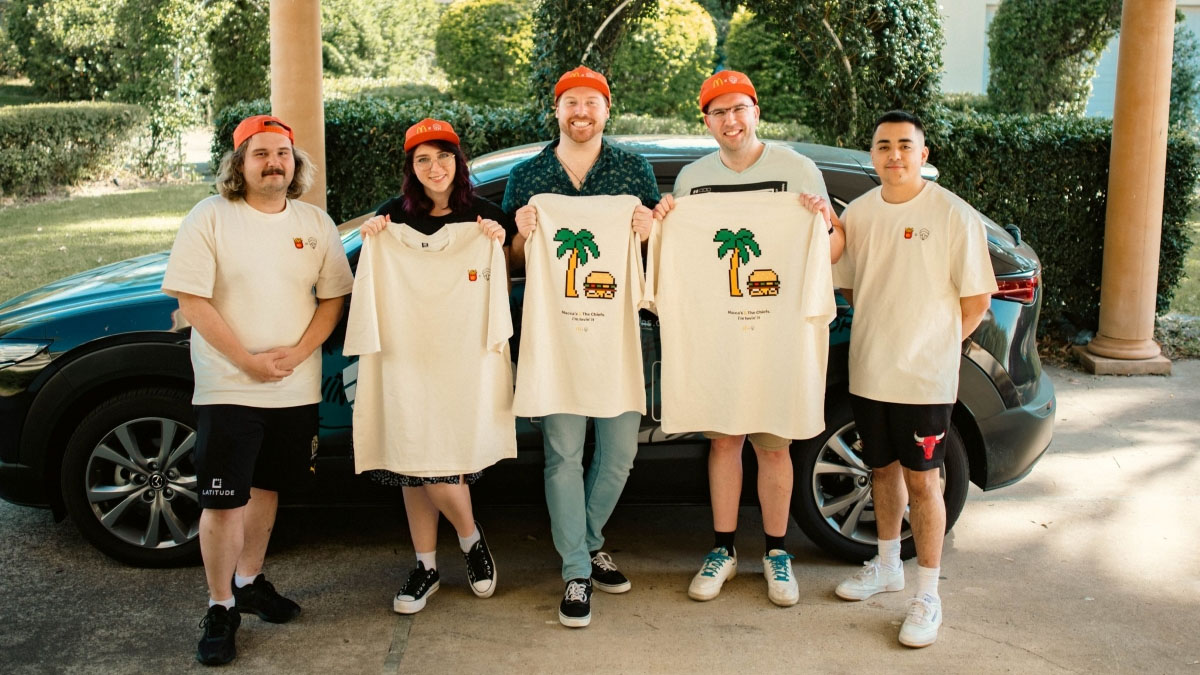 Image via The Chiefs Esports Club

This article is written in partnership with Macca’s.

This past weekend, Australia’s number one League of Legends team The Chiefs celebrated the start of summer with its first ever Gaming Summer Party, thanks to Macca’s. Alongside the acclaimed hype man JackoGFreak, five lucky winners were welcomed into The Chiefs’ esports clubhouse for a full day of parties, gaming, and antics.

The Chiefs took the gang on a tour of its high-tech home before Macca’s sorted everyone out with their summer favorites for lunch. The winners were also presented with collaborative merchandise featuring 8 bit art of the Chiefs Esports logo and the iconic Macca’s fries.

The highlight of the hour was a Next Level Racing Hotlap where JackoGFreak blitzed the competition with the fastest lap around Bathurst. There were also 6 PCs set up to play some Call of Duty and Overwatch with the pros.

As a surprise, a Content Creators vs Pro Players Intel PC Build-off took place. The content creator team won, although the pro team wasn’t far behind on their progress. And yes, both PCs started on the first attempt.

Apart from the video games and their related shenanigans, the party also took the fun outdoors with some archery, soccer, basketball and swims in the Clubhouse pool.

At the end of the day, everyone was given a sendoff as they prepared to say goodbye. As they say, though, all good things must come to an end. Thankfully, the day was filled with fun, food, and plenty of Macca’s.

Check out all of the action in the video below. To get some of the fine dining they partook of, head on over to your local Macca’s today.