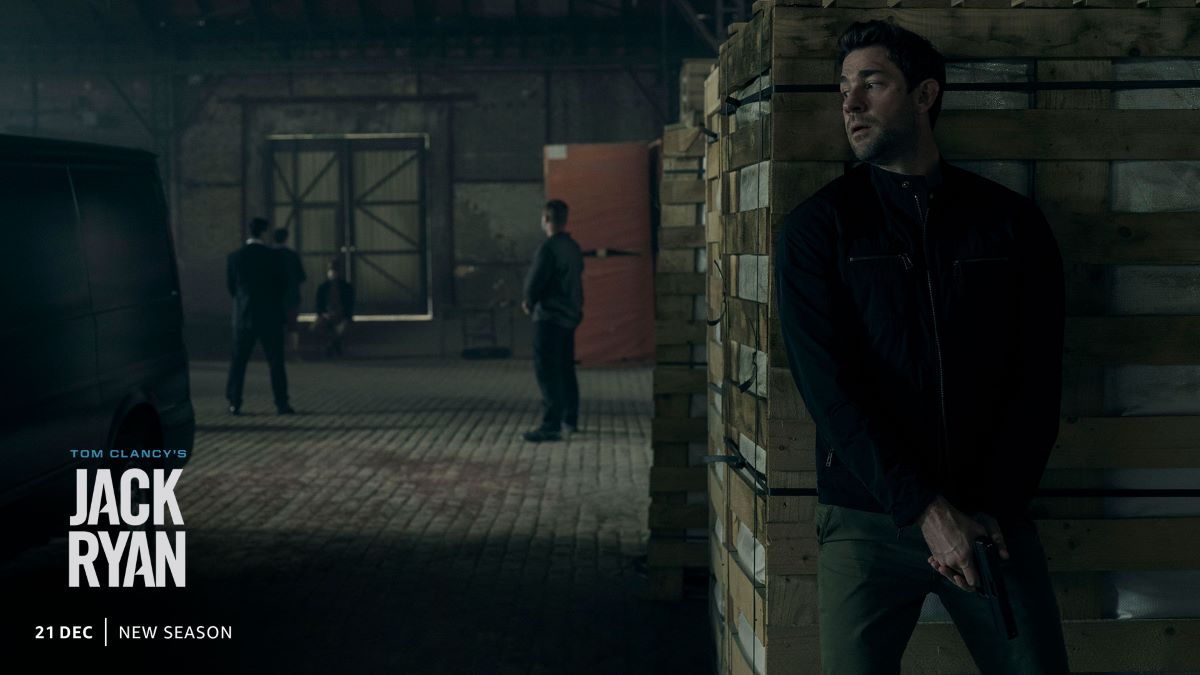 As Prime Video gears up for the launch of the third season of Tom Clancy’s Jack Ryan on December 21, we have put together the top 5 solo plays in Call of Duty’s esports history.

Just like John Krasinski’s character in season three becomes an international fugitive on a mission to prevent global catastrophe, these CoD stars decided to go rogue for the cause—saving the day (and the game) in the process.

Pred goes on a rampage at Champs

To set the stage for this play, Atlanta FaZe and Seattle Surge are facing off in round two of Call of Duty League Champs this past season in Vanguard.

Atlanta was up by 30 points in the last couple of minutes of the game of the first map on Tuscan Hardpoint. Needing just a few more points to put the game away, FaZe ran into Seattle’s rookie sensation from Australia, Amer “Pred” Zulbeari.

Pred’s storybook play started by killing two members of FaZe to stop them from winning the match on the second-to-last rotation. After he cleared out the point, Pred killed two more FaZe players to give Seattle some breathing room and set up the final rotation of the map. Atlanta just needed two points to win the game, and they were inside the point when the final rotation began.

However, in Jack Ryan’s larrikin-esq fashion, Pred killed every single FaZe player on the point, staying inside the hill to earn the last few points needed for his CDL team, and secured the map win for Seattle.

FormaL steals the show for OpTic

In season three, Tom Clancy’s Jack Ryan is forced to make plays as a lone wolf, sometimes needing to come out of nowhere to eliminate threats and seize control of the situation.

There’s perhaps no other play in CoD history that exemplifies that mantra more than what Matthew “FormaL” Piper did for OpTic in the 2017 Call of Duty Championship.

OpTic and Team Envy were squaring off in the grand finals of CoD Champs in 2017 during the Infinite Warfare season.

The third map of the series was Precinct Uplink. In the first half of Uplink, both teams were vying for control, with neither side gaining a large lead.

However, Envy star Jonathan “John” Perez was looking to change that in the second half. After securing the uplink ball in the center of the map, John made his way to OpTic’s side of the map, and it looked like he was about to score by throwing the ball into the hoop. Then, like a bat out of hell, FormaL flew into view, intercepted the ball in mid-air, and stopped Envy from scoring, eliciting disbelief from the commentators and a huge roar of applause from the crowd.

Attach runs through his own Artillery

At the Stage One Playoffs during the WWII season, FaZe and OpTic were in the grand finals, both looking for their first championship of the season. After a back-and-forth affair in Search and Destroy, the map wound up 5-5 in rounds, leading to a winner-take-all round 11.

Forty-five seconds into the round, FaZe was down three members, leaving Dillon “Attach” Price in a 1v3 against arguably the best team of all time. Luckily for Attach, he had an Artillery killstreak to call in over near the A-Bomb, inside of the boathouse.

Once he called it in, though, he quickly realized that the only way he could take out members of OpTic was by running through it.

Doing this, Attach risked dying at the hands of his own killstreak. However, in pure Jack Ryan’s edge-of-your-seat style, Attach survived by the skin of his teeth, taking out two members of OpTic to set up a 1v1 with Ian “Crimsix” Porter, which he won with ease.

A legend is born on Arsenal

Once again, we find ourselves at Call of Duty Champs. This time, it’s in 2019 during the Black Ops 4 season, and eventual champions eUnited are battling against the UNITS from Europe.

At the start of a Search and Destroy round, Simp had his Paladin sniper pulled out. While Tom Clancy’s Jack Ryan fans might be used to seeing stealthy maneuvers pay off in the long run, sometimes there’s a need for a full-frontal assault against the opposition. That’s exactly what Simp decided to do in this round.

Using the Paladin, Simp sniped three consecutive UNITS players in a matter of seconds. eUnited easily won the round and the map thanks to Simp’s outstanding accuracy with the sniper.

“Who’s the best in the game”

There are some people that are synonymous with certain things.

Tom Clancy’s Jack Ryan is synonymous with the CIA and stopping terrorism threats while Seth “Scump” Abner is synonymous with CoD. Referred to as “The King” by the community, Scump is without a doubt one of the greatest players the scene has ever gotten the pleasure to watch.

His legacy truly began in Black Ops 2, where Scump showed the world that regardless of what you throw at him, he’ll be willing and able to stop it.

There’s not a play that showcases Scump’s raw ability better than his famous killing spree on Yemen Hardpoint.

Playing for OpTic, Scump went on a solo tear inside of the point, killing players left and right. As it so happened, the broadcast for the tournament went for a listen-in during Scump’s spree, where Scump repeatedly exclaimed he was “the best in the game,” a phrase that’s now synonymous with his career.