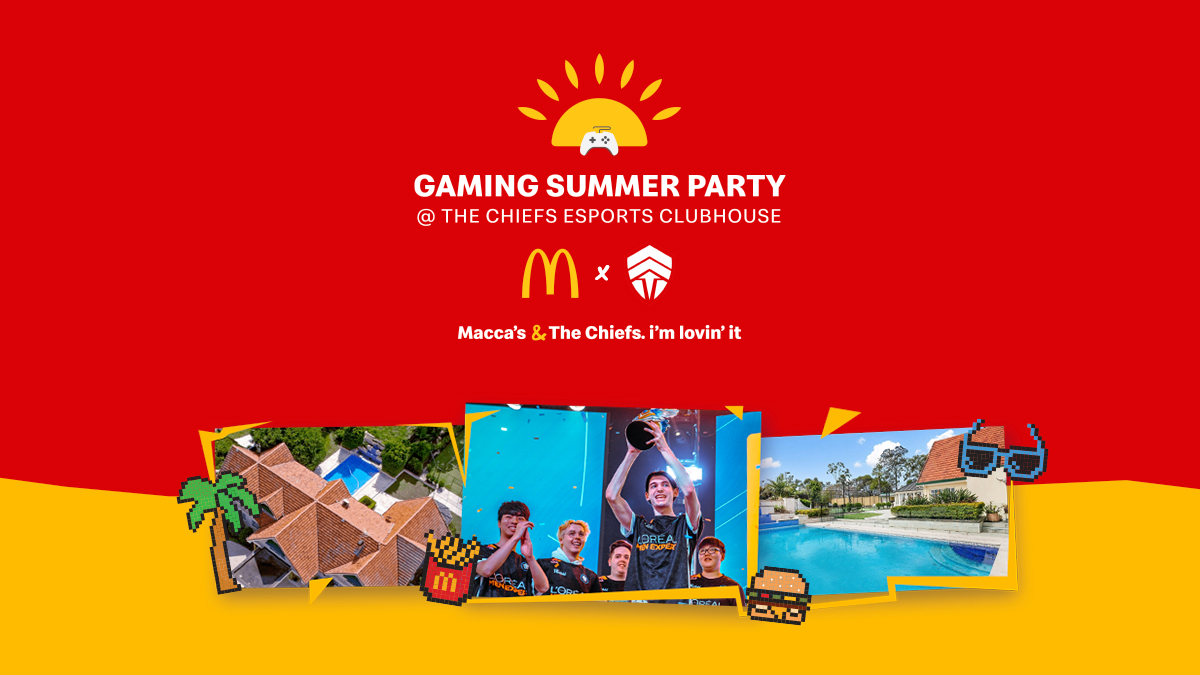 This article is written in partnership with Macca’s.

Just in time for the summer season, Macca’s has teamed up with The Chiefs, Australia’s number one League of Legends and Halo team, to give customers an opportunity to play with their favorite team of streamers.

Summer is the perfect time of year to get together with friends, bring your PCs together, and get a LAN session going. What’s better than games with pals? Some Macca’s on the side!

For your chance to meet The Chiefs and play with their esteemed ranks, register yourself using this link.

Winners will also win score limited edition merch, which is set to have more of a summer theme and will be a must-have for any gamers out there to show their creds.

The Chiefs Esports Club is the premiere team in Australia for League competitions. The team won the LCO at DreamHack Melbourne and represented Australia at the 2022 League World Championship, where they drew millions of viewers.

This collaboration builds on Macca’s support of gaming and their streaming events where they have brought together some awesome collabs to play on stream, including top stars like Crayator, Loserfruit, Midbeast, and Muselk. But this time around, it could be you who plays with The Chiefs!