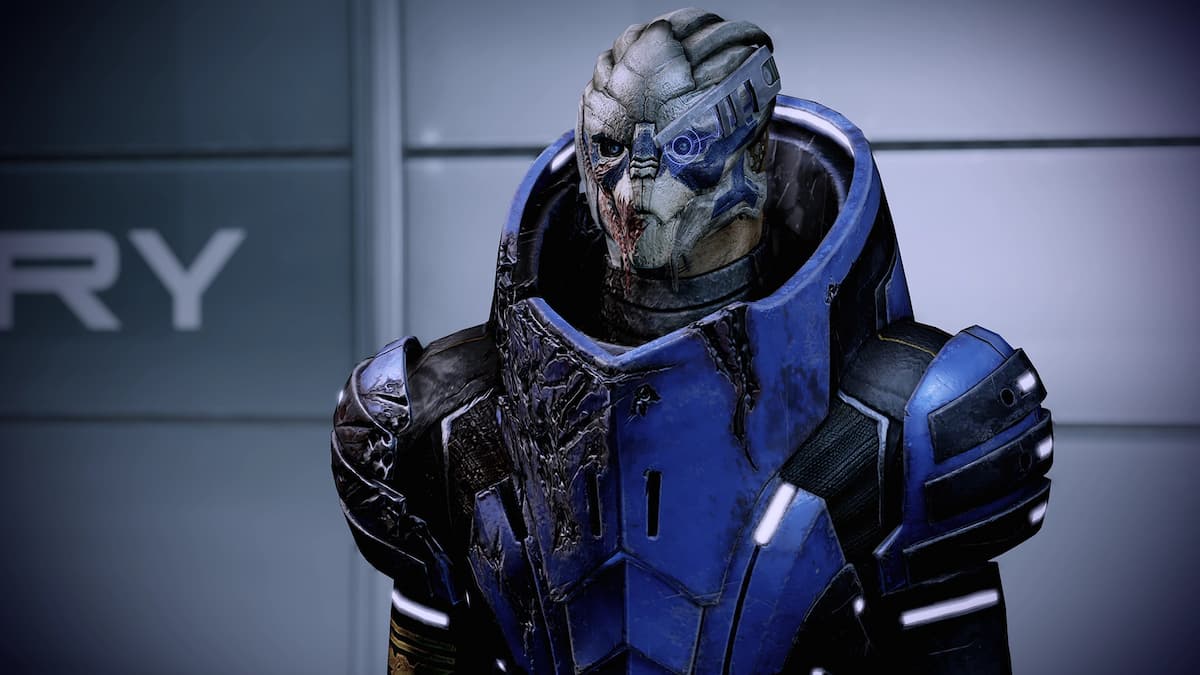 You and your crew will need all of the upgrades you can get if your small team will save the galaxy from the Collectors in Mass Effect 2 Legendary Edition. The plan is to hit the Collector Base as a suicide mission, and after you’ve ensured all of your squadmate’s loyalty through various missions, you’ll also need to upgrade your ship and your weapons. There are five assault rifle upgrades you can find in the galaxy, and unlock them gives you access to better assault rifle perks.

The first assault rifle damage upgrade you can find is when you’re attempting to recruit Mordin on Omega. You can find the upgrade before you enter Mordin’s clinic. The upgrade will be behind the Blue Suns blockade that was created in the plaza. You’ll find it on the right side of the blockade, on the ground.

The next assault rifle damage upgrades appear after receiving your initial wave of squadmates, and you have to look for more.

The next assault rifle damage upgrade can be found on Illium. You can purchase it for 60,000 credits from the Gateway Personal Defense vendor. However, you can attempt to earn a discount from the vendor by finishing the A Troublemaker assignment, but you can only do this if you completed The Fan quest in Mass Effect 1. If you did not do in your Mass Effect 1 playthrough, you could not receive a discount.

Another damage upgrade can be found on Tuchanka. You purchase it from Fortack’s Database for 60,000 credits. We recommend finishing Grunt’s loyalty mission on Tuchanka before purchasing the item because Fortack will offer you a discount after you succeed.

The fourth assault rifle damage upgrade can be acquired when recruiting Tali on Haestorm. You can find it after placing a charge on a pillar and blowing the doors open to a bunker. Proceed inside the bunker, and you’ll enter a room full of dead Quarians and Geth. On the right side of the room, on an upward ramp, will be a disassembled Geth rifle. Scan it, and you’ll find the upgrade.

During the Samara loyalty mission, you can find another assault rifle upgrade. This will only be available to you after you reach Morinth’s apartment and you search around for her items. You want to make sure you don’t sit down when you walk in and start speaking with her. Instead, turn to the left, next to the couch she’s sitting on, and scan the rifle to receive the damage upgrade. It’s underneath the sword.

In the Mass Effect 2 Legendary Edition, you have access to all of the DLC, which means more weapon upgrades. You can receive one from completing Zaeed’s loyalty mission. However, the downside to it is that it’s a Renegade choice. You’ll have the option to save the workers or go after Vido, and if you choose to go after Vido and not save the workers, you’ll receive the weapon upgrade.

The assault rifle penetration is an upgrade that becomes available on your upgrade terminal once you’ve collected at least two assault rifle damage upgrades. It costs 15,000 Iridium to research.