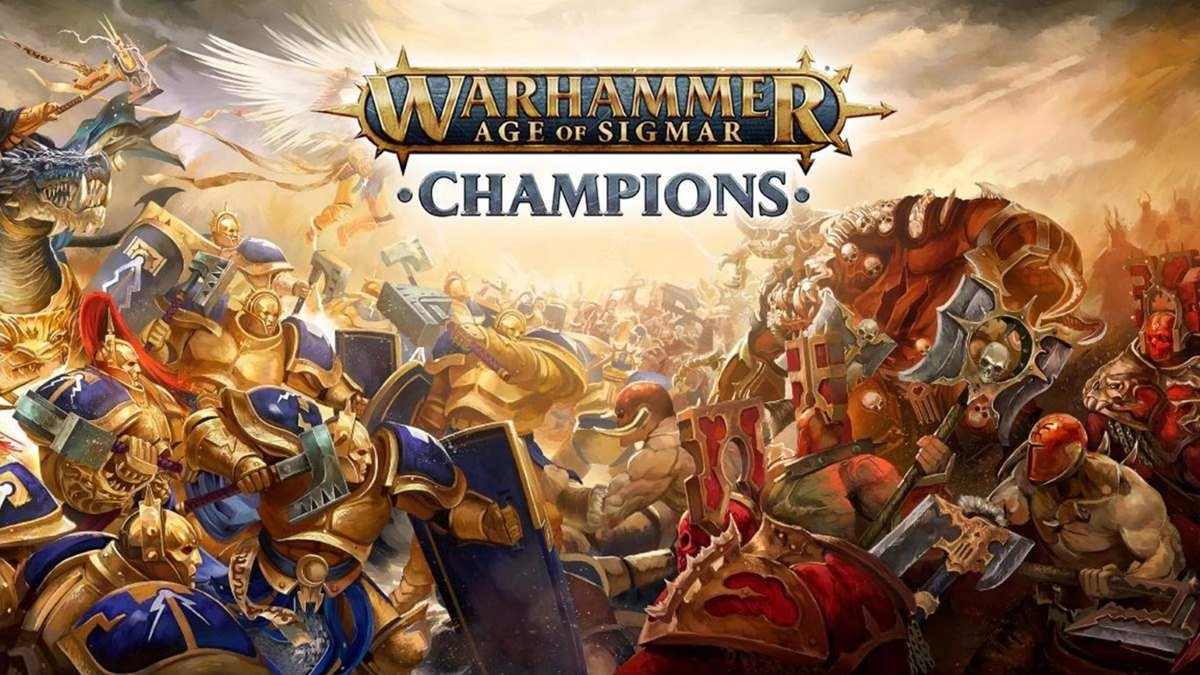 When getting into Warhammer Age of Sigmar, you will find that characters are all put into different factions. These factions have different playstyles, lore, and mechanics.

These factions are divided up into four categories known as Grand Alliances: Order, Chaos, Death, and Destruction. If you want to get an idea of how each one plays and how they work, then look no further.

We have all the factions and their respective categories right here for you.

These are the factions that fall under the Order Grand Alliance.

Another group of adaptable characters, the Aelves can fit into any playstyle thanks to their wide variety of units and creatures that you can use.

An order of religious warriors who are dedicated to slaughtering those they oppose, they gain power as they kill more and more enemies.

A stationary army that can take hits and retaliate with power, the Dispossessed are a powerful, melee-based faction.

Combining a mix of melee, ranged, and magical-based attacks, the Free People can be used to experiment and suit just about any playstyle.

The Fyreslayers can offer you powerful characters, attacks, and mighty monsters to take into battle to strike fear into your opponent.

The Idnoeth Deepkin come equipped with plenty of melee-ready troops on the ground, fearsome ranged attackers atop their mounts, and a special tide mechanic that will help you win any battle.

The Kharadron Overlords bring a very fast pace to your game, as you use their propensity for blades and guns to strike quick and hard. They can get up close or stay back and strike from afar.

These cosmic beings utilize their knowledge of magic to create vast armies of killers to combine with their destructive magic and dominate any battlefield they are on.

A hard-hitting batch of soldiers, the Stormcast Eternals are magical beings that can deal out massive damage while also falling back on their strong defensive capabilities to stay alive.

Taking advantage of both blade weaponry and magical abilities, the Sylvaneth can overwhelm their enemies with sheer force and magical brutality.

These are all the factions that you can find in the Chaos Grand Alliance.

These ruthless warriors strive to take as many lives as they possibly can to appease the power they serve. Their abilities can be enhanced by their allies around them and can call upon daemons to back them up as well.

These sinister-looking units will bring a bestial power to your army with their use of animal and monster-like abilities.

Everchosen and Slaves to Darkness

These enslaved units will use the help of their many soldiers and the magic of the Gaunt Summoners to help bring your army to its best capabilities.

These units can use brutal magic and sorcery to wipe you out, or they can summon a swarm of daemons that will multiply when killed. Either way, they are a force to be reckoned with.

These terrifying creatures are the servants of Slaanesh, the missing Prince of the Dark Gods, and they are here for slaughtering. They can unleash some very powerful melee attacks to take you down if you’re not careful.

These disease-riddled units are truly unique, as they can help back up all of your biggest units and characters, bringing their well-rounded play-style to any army.

The rodent-like Skaven can excel at sorcery, arcane technology, plagues, and flesh-warping powers to bring their foes down. Mix these talents together to bring an even more potent combination.

Here are the factions that fall under the category of the Death Grand Alliance.

These relentless, violent, brutal enemies have a stark craving for blood and cannibalistic hunger. They provide strong, frequent attacks and a truly tragic backstory.

This army of never-ending skeletons is a truly horrifying sight, especially when you realize that these skeletal enemies can come back over and over again. And don’t forget about their powerful, dark magic that they can use.

These haunting foes are wonderful choices for those of you looking to deal out a ton of damage to any kind of enemy, regardless of how defended they are. These spectral figures can break through any defense.

Finishing off our list are the Grand Alliance units belonging to the Destruction category.

These beat-mounted units will bring the Everwinter with them, which is a massive storm that can freeze their enemies and boost the ogres. Then, they bring the massive force of their monstrous mounts that will do plenty of damage.

Clad in magical warpaint which provides them with protection beyond their physical armor, the Bonesplitterz bring a lot of damage to the table in a mass frenzy.

Very weak when alone, these goblins become very powerful when they group together, bringing their abilities and powers together to take down their foes. Using their intimidating magic and the mounts they ride, they can stand up to any force.

These hungry monsters are eager to use their massive clubs to tenderize their enemies as they go, preparing them for eating soon after. When in groups, these units are not to be trifled with, even a little bit.

These brutes are all about force, using their incredible power to break through their enemies’ defenses and crush them with ease. They can even summon strong magical attacks to wipe the floor as well.