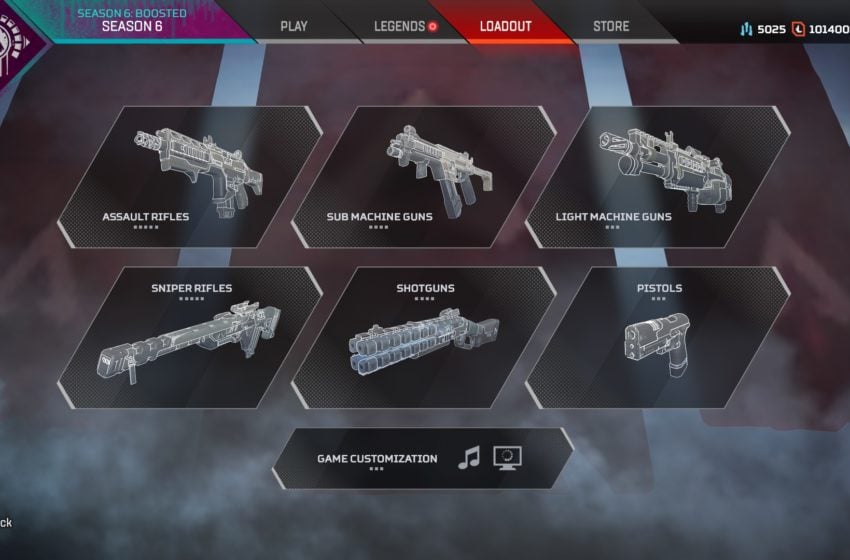 When it comes to Apex Legends, one you can count on is that the team behind it at Respawn will never let the loot line-up get stale. Season 6 is really shaking things up and giving energy weapons their day to shine.

Let’s take a look into all the major loot changes for Season 6: Boosted.

The newest weapon in the Apex loadout is the game’s first-ever energy SMG. Since there are no energy pistols or shotguns, this is the title’s first close-range energy weapon altogether and the first energy weapon compatible with a Digital Threat optic. The Volt is designed to be able to hit multiple targets within a short window of time.

If you spent every game grabbing an R-99, say goodbye. The R-99 is locking away into the supply drop, and for Season 6 will only be a legendary weapon. Its damage has increased from 11 to 12, it has a new buffed magazine size of 32, and the built it ammunition reserve is 160. This weapon is buffed, but it also encourages you to be extremely accurate, as many users priorly could burn through 200 ammo easy.

With the R-99 going in, something had to come out, the Devotion energy LMG has been demoted to its former self with a base clip size of 36, and a max of 48. That said, this is a good thing for devotion fans, as energy weapons are being centered this season because of the Volt. We’re excited to pick up this baby and burn through ammo like gasoline.

If the mention of base and max clip size didn’t give it away, the extended energy magazine is back. With the energy weapon line up bigger than ever at four guns: Volt, L-Star, Devotion, and Havoc, bringing this item back into the game will give these guns a chance to be your first choice, rather than the last resort Kit.

No season centering energy guns would be complete with the Turbocharger. Able to be equipped to the Havoc or the Devotion, this Hop-Up removes a gun’s need to be charged up. In the devotion’s case, the damage will begin at its max, and the havoc will no longer have a delay on when the first gunshot fires. The Turbocharger is legendary tier.

Last season, the Choke could only even be attached to one weapon: The Triple Take, as it was built into the legendary Peacekeeper. We wondered if the Hop-Up had much life left in it then, but now the perk is taking life in a new form. The Hop-Up is gone, but the barrel choke will now be a fire selection. Toggle between spread and choke at any time, automatically integrated into both of its guns.

In addition to all of these changes, the gold weapons available for the season will be the Volt, Devotion, Flatline, Mastiff, and Triple Take.

Lastly, energy ammo’s pickup has been reduced from 30 to 20, and sniper ammo’s stacks and pickups have increased from 16 to 24 and 8 to 12, respectively.