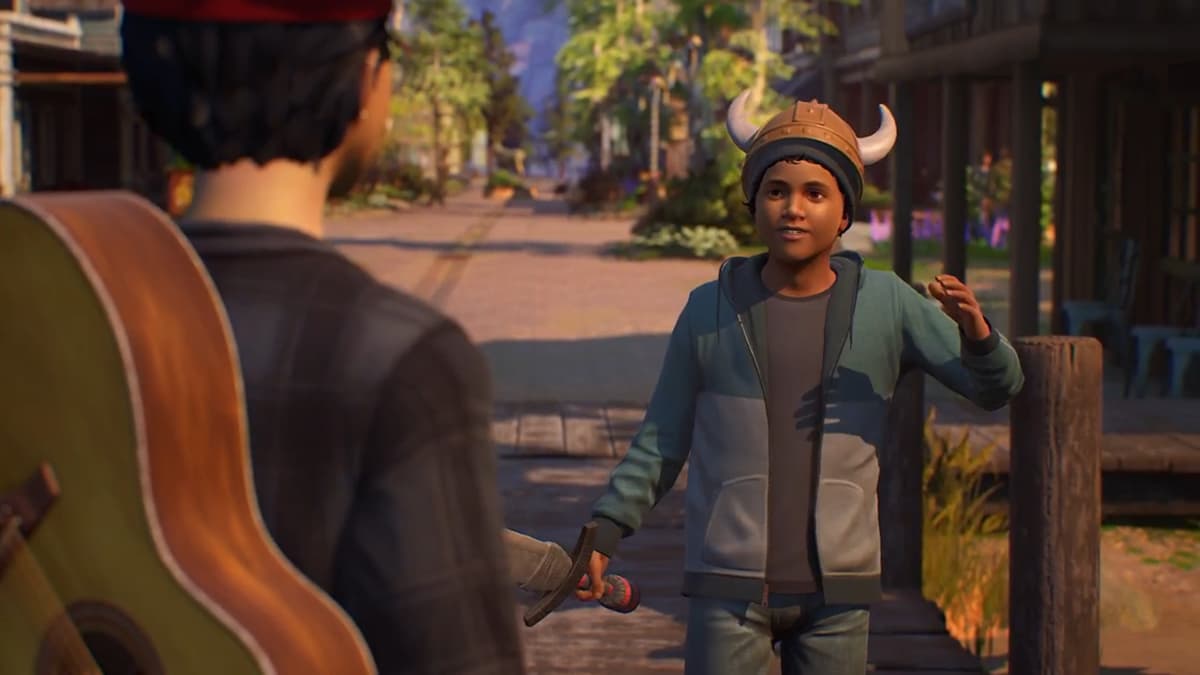 In chapter three, Monster or Mortal in Life is Strange: True Colors, Alex plays the role of a bard in a town-wide LARP session to help brighten up Ethan, apparently the only child in the area. While you explore the area, keep your eyes out for the Memory collectibles that will get you some achievements or trophies for collecting them. Here are all of their locations in the third chapter.

The first Memory is found right at the beginning of the chapter during It’s a Simple Plan. When you get control of Alex, walk to the exit door in the back of the bar. There is a bomber jacket to look at on the coat hanger.

The remaining four collectibles can all be found during the Thaynor, Monster Slayer scene. After you leave Jed to start the LARP, you will fight Ryan disguised as a dire wolf. After the battle, turn around and find the dollar on the ground.

One of the buildings you need to go to for the soul stones is the bar. Before you do, there is an appointment slip on the ground to the right of the doorstep.

Inside the bar in the room with the pool table is an old paper on the first table to the left.

The final Memory for chapter three is located in the record store. While looking around the store, go to the guitar in the case with the blue light. Steph’s cat Valkyrie has a dish sitting on the floor to the left of it.