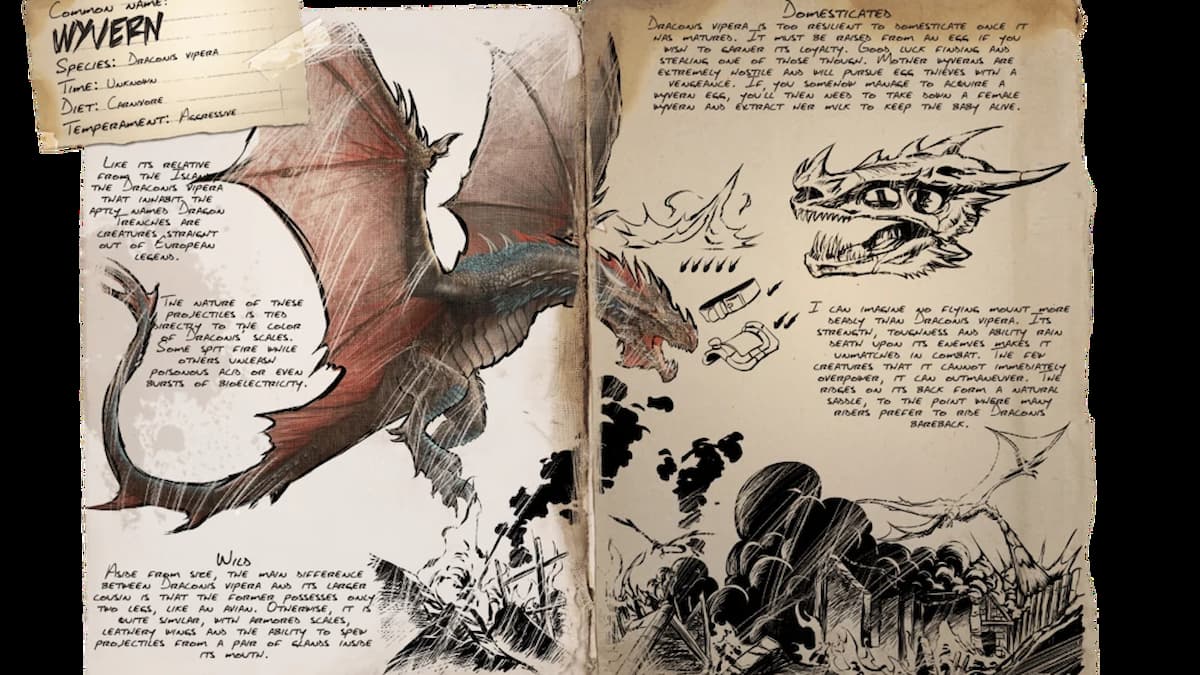 There’s a host of different sky-bound dinosaurs and creatures in Ark: Survival Evolved; these range from Pteranadons to the recent Astrodelphis, but none of them are quite as highly sought after as the Wyvern. Wyverns are large, mobile, and deadly, which makes them among the best tames for any Survivor on the Ark. Wyverns, much like Magmasaurs, Rock Drakes, and Deinonychus require Survivors looking to tame one to venture into their nesting grounds and steal an egg. On the Lost Island map, all the standard types of Wyverns are available to Survivors, and their nests are in the following locations.

Ice Wyverns are known for their ice breath, which slows fliers and ground-based movement alike. Additionally, they’re able to bite hard, so obtaining an egg from these Wyverns is a tricky and often deadly task. Ice Wyverns and their eggs are located in the ice biome close to the Blue Obelisk with the main entrance located at the coordinates 32.4, 40.3. The area is clearly demarcated by large crystalline structures and has several Ice Wyverns moving about.

Inside this trench are a number of nesting sites which are hollows cut into the cliffside; nests spawn here and the eggs are usually centered in the middle. Flying deeper into the trench will reveal a darker cavern with more eggs and more Wyverns inside.

The next three Wyverns are located in the same area around the Volcanos and the Red Obelisk. When hunting for these eggs, it’s important to remember the various attacks of the Wyverns themselves and to be prepared for the poison breath of the Poison Wyvern, which can instantly kill you.

The entrance to this trench is located at 22.9, 61.8 and is demarcated by the flowing lava and large purple crystals affixed to the trench sides. Similar to the Ice Wyvern trench, there are several hollows in the walls of the area which allow for the nests to spawn, as well as several Wyverns guarding the area.