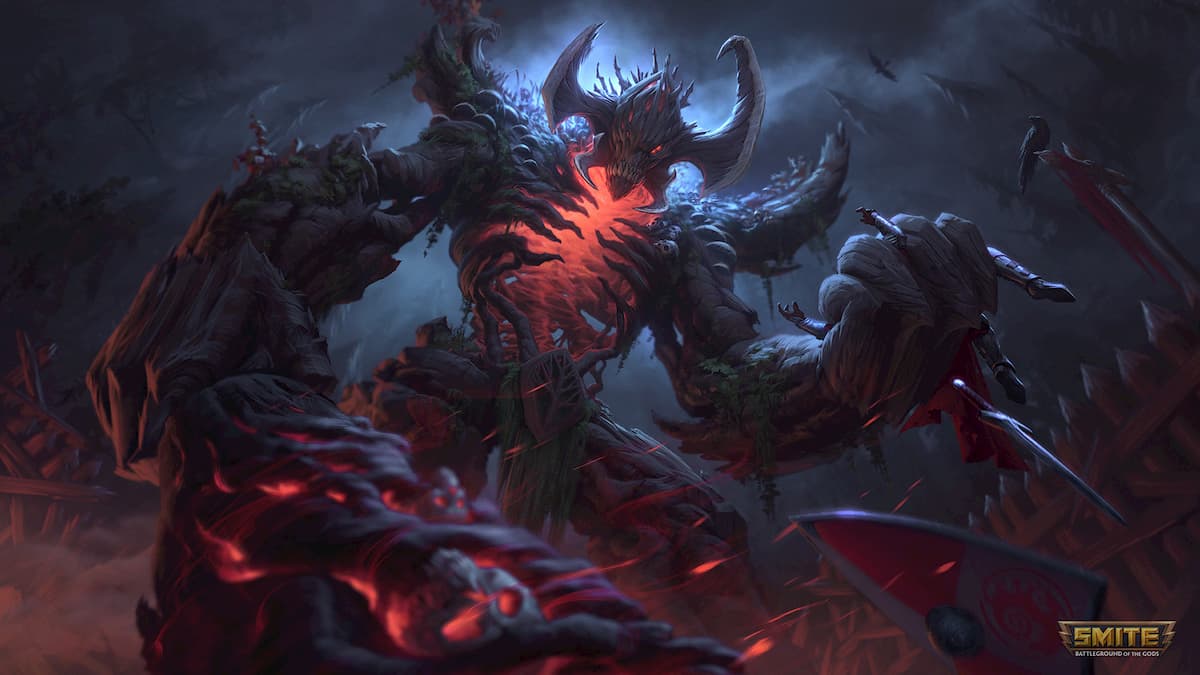 Smite’s support role is a critical character who is typically sticking with the person playing carry for the initial part of the game. Once the person playing carry has an established presence in their lane, the support will start to rotate to the other lanes and act as a tanker jungle role, assisting everyone while they farm. They’ll have an easier time ganking a lane given how much health they have, but they’re likely not going to secure as many kills. Because the support role is normally not securing the last hit against minions, they typically have less experience and gold than everyone else. To help ensure you do not fall too beyond, these are the best starter items you can pick.

Sentinel’s Gift is the straightforward support starting item. When you are within the assist range of a minion or jungle camp creature death, you’ll receive 7 bonus gold, and restore 12 health and 8 mana. However, if you are not nearby an ally god for 20 seconds, this passive goes away. You primarily want to stick to hanging around your carry, and then rotate to the middle or solo lane, to receive the most benefit from his item.

Much like Sentinel’s Gift, Benevolence gives you the most benefit by being next to an ally and working with them. The passive gives you 2GP5 and 1 XPP5 (increasing +0.5 per level), and any time you receive experience or gold from an enemy’s death, you only take 90%, and the other 10% goes to a nearby ally. The downside to this is if you’re alone, you’re always taking that 90%, and the rest goes to the eternal abyss.

When you reach level 20, you can upgrade at Benevolence into Compassion or Animosity. With Compassion, all damage taken by nearby allies receive 15% damage, up to a maximum of 100 damage, and that damage goes to you, redirected as magical damage. This item will never kill you. Animosity has it, so your basic attacks deal bonus damage up to 4% of your maximum health, and it becomes magical damage. That damage is doubled against structures.

When you equip Warflag, every time you’re in range of a minion or jungle camp death, and you do not deal the killing blow, you restore 6 health and mana to all allies within 55 units. Those allies also receive a stacking buff of 1% movement speed and 2% attack speed that lasts for 8 seconds and can stack up to 10 times. If you want to sit back and let your carry go to work, hanging around them to give them the best assistance possible, Warflag is an excellent choice, so long as you’re not too aggressive in taking minion kills.

You can upgrade Warflag into War Banner or Spartan Flag. War Banner is similar to Warflag, except all allies within 55 units restore 1% health and mana of their stats, and the stack is increased to 2% movement speed and 4% attack speed, lasting up to 10 seconds can stack up to 10 times. Spartan Flag is a bit like Bellona’s ultimate, where every time you damage an enemy god, you call down a flag that increases 10% of an ally’s power standing in its radius for 10 seconds. It can occur every 10 seconds.

Bluestone Pendant is primarily a solo lane item, but you can use it reliably as a support if you plan to remain aggressive against the enemy team. Every time you hit an enemy with your ability, they take 25 physical damage over 2 seconds, and you can stack it twice. You want to be careful using this item because it can easy to fall behind.

When you upgrade Bluestone Pendant, it can become Bluestone Brooch or Corrupted Bluestone. Bluestone Brooch has it, so every damaging ability adds 25+7.5% of the enemy’s current health over 2 seconds to the attack, and this can stack twice. Corrupted Bluestone is likely a better support item, where enemies hit by your abilities take an additional 75 damage over 5 seconds, and they have their attack speed reduced by 10%, for a maximum of 2 stacks. For every enemy hit by these abilities, you receive 15% increased attack speed, up to 5 enemies.

When battling against a team with a lot of healing capabilities, Tainted Steel is a solid choice. Any enemy hit by your abilities will have their healing reduced by 20% for 6 seconds. It’s a good way to prevent many squishy or supportive gods from utilizing their healing powers during the game.

You can upgrade Tainted Steel into Tainted Breastplate or Tainted Amulet. Tainted Breastplate increases Tainted Steel’s ability to 50, and it lasts for 6 seconds. Tainted Amulet has it, so all enemies still have their healing reduced by 20% for 6 seconds, but you are healed for 100% of all the healing reduced, meaning you’ll be able to survive during the heavier team fights.