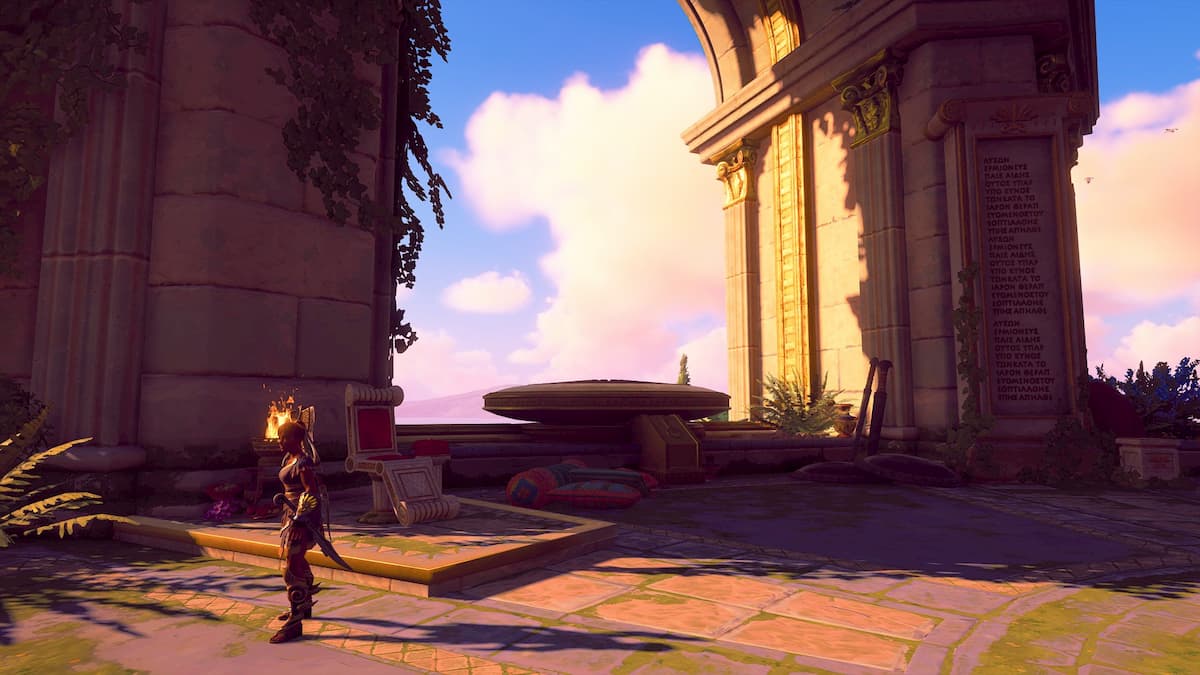 Immortals Fenyx Rising’s protagonist, Fenyx, sets out on a journey to save the Greek Gods from Typhon. The story of Fenyx is narrated by the Greek God Prometheus himself, with the mighty Zeus being the listener.

At the very beginning of the game, players get an option to customize the appearance of Fenyx. Players can customize Fenyx’s body, head and eyes, hair, facial features, eyebrows, facial hair, and voice. Players can also earn new customization options from Ubisoft Connect rewards. However, once they have customized the character, they won’t be able to re-customize it until they reach the Hall of Gods in the Gods and Monsters quest.

In the Hall of Gods, you need to go to Aphrodite’s Beauty Chair, denoted by the scissors and comb symbol. Simply go near it, and a button prompt will show to use the Chair. After pressing the button, the character customization screen will open up.

You can customize your character as many times as you want just by heading back to the Hall of Gods and using Aphrodite’s Beauty Chair. You can also choose to randomize the character’s appearance by pressing the F key (Y/Triangle on the controller) and Reset it using the R key (Square/X on the controller).

Do keep in mind that there is no way to save a template of any of the appearances, so if you apply any of the changes, you will need to customize the character all over again. Once you have made the changes, press the Spacebar key (Options/Menu button on the controller) to save the changes.