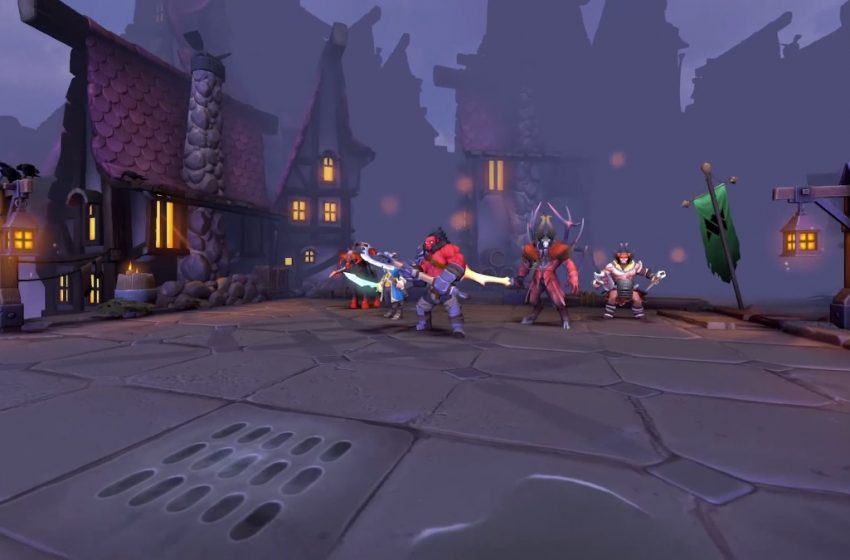 Dota Underlords is the spinoff to the auto chess game of Dota Auto Chess. The original game was a mod of Dota 2, where nine players faced off against each other, randomly picking from a pool of five heroes to add to their side and fought against another person in their game. While Dota Auto Chess was a mod, Dota Underlords is Valve’s spinoff the game, using assets from Dota 2. Players who play ranked games have the chance to work their way up the competition and fight against players of equal challenge.

Each of these ranks contains five different tiers, starting at five, and ending at one. At the start of every season, players begin at Upstart V, and then work their way up through the rankings. An Upstart at rank III is at a higher rank than an Upstart at rank V.

How to rank up

Before you can start ranking in Dota Underlords, you need to play five casual matches. After that, ranking unlocks, and you start playing against ranked players.

It can feel a little confusing about how to rank up in Dota Underlords because, usually, two teams face off against each other. Those on the winning side increase their rank, while those who lost lose rank. With eight different players fighting against each other, the winners are the top four of the match, while the losers are the bottom four. If you are among the top four of a Dota Underlords match, your rank is going to go up. If you are on the bottom four, your rank is going to go down. Not everyone receives the same points, though.ng to lose more points than the person who came in fifth place. When you come in at fourth place, your rank will increase, but not as much as the person who came in first place. You can slowly climb the ladder by scoring fourth place every game, but it takes much longer to rank up.

For those who lost, if you came in at the eighth place, you are going to lose more points than the person who came in fifth place. When you come in at the fourth place, your rank will increase, but not as much as the person who came in the first place. You can slowly climb the ladder by scoring fourth place every game, but it takes much longer to rank up.

Ranked duos work a little differently, but you do need a friend to queue up with you before you can play. The two of you share health and levels, so you need to have constant communication to assist one another. After three matches, the two of you create a team and come up with a team name to associate with each other. You need to do this with every friend you play ranked duos within Dota Underlords. The progress you make in this mode also counts toward your rank in solo, up to Big Boss ranking. When you don’t have any friends with play with you, have the option to choose a bot to assist you. You two will work together, exchanging units, and communicating to win the day.

The highest rank you can achieve in Dota Underlords is the Lords of White Spire ranking. You can only achieve this after you reach Big Boss status, and complete every rank of it. When you reach Lords of White Spire, you cannot go below this until the season resets. All players who reach this rank are the best of the best of the game, so don’t expect anyone to go easy on you while you play here.

Dota Underlords features three different game modes you can play, all with ranked modes. You can choose to engage players in Knockout, Standard, or Duos. Whatever mode you play, you’re going to continually become better at Dota Underlords and steadily increase your rank.