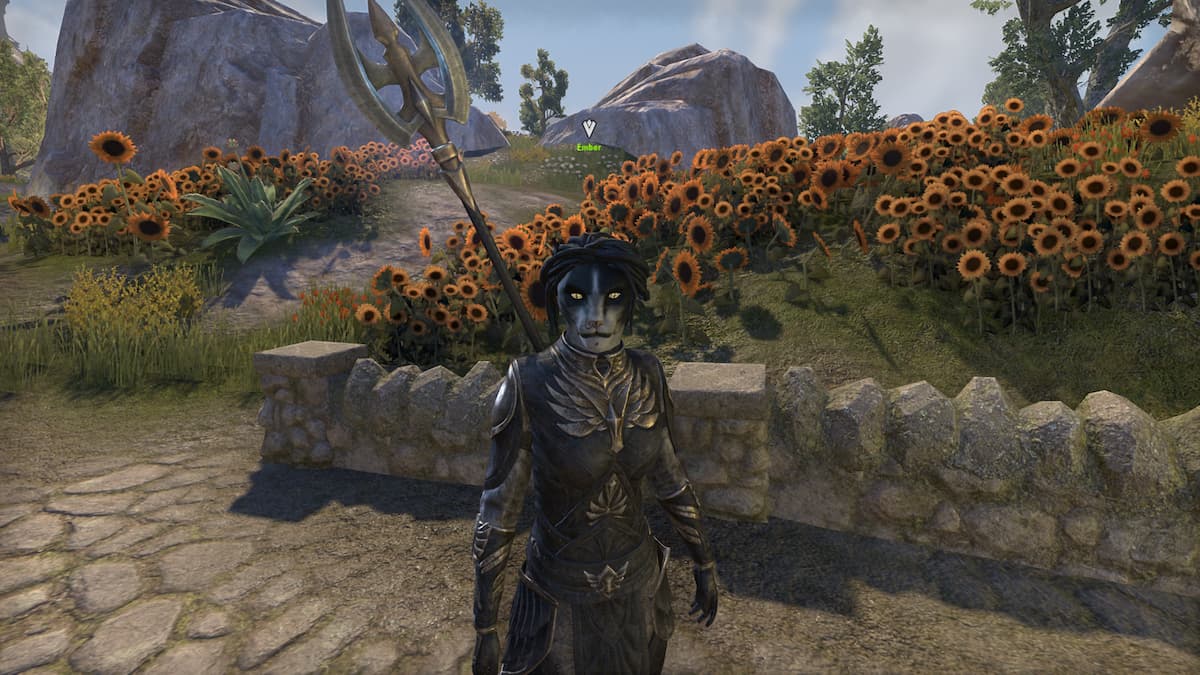 Two new Companions can be recruited in Elder Scrolls Online: High Isle — the stalwart knight Isobel and the mischievous magic-caster Ember. While you can recruit both of them, they could not be more different in how you build rapport with them. Rapport is a sort of “affinity” with each character — when you do things the Companion likes, you build rapport, and consequently, things they dislike will cause them to trust you less. If you’re interested on maxing out your rapport with Ember the Khajiit, read on.

Ember is a bit unique to other Companions — her worldview is a bit more forgiving towards those with a tendency to view rules as less than ironclad. Ember loves adventure, and realizes that sometimes on adventures, you have to cross the line to get what you need. First off, here are some hints on how to get her to trust you, which you can find out by talking to her and asking about her interests:

Here’s some specifics on how to build rapport with Ember:

Remeber that not all actions will build rapport with Ember. Here are some things she hates, and will actively decrease your rapport with her: