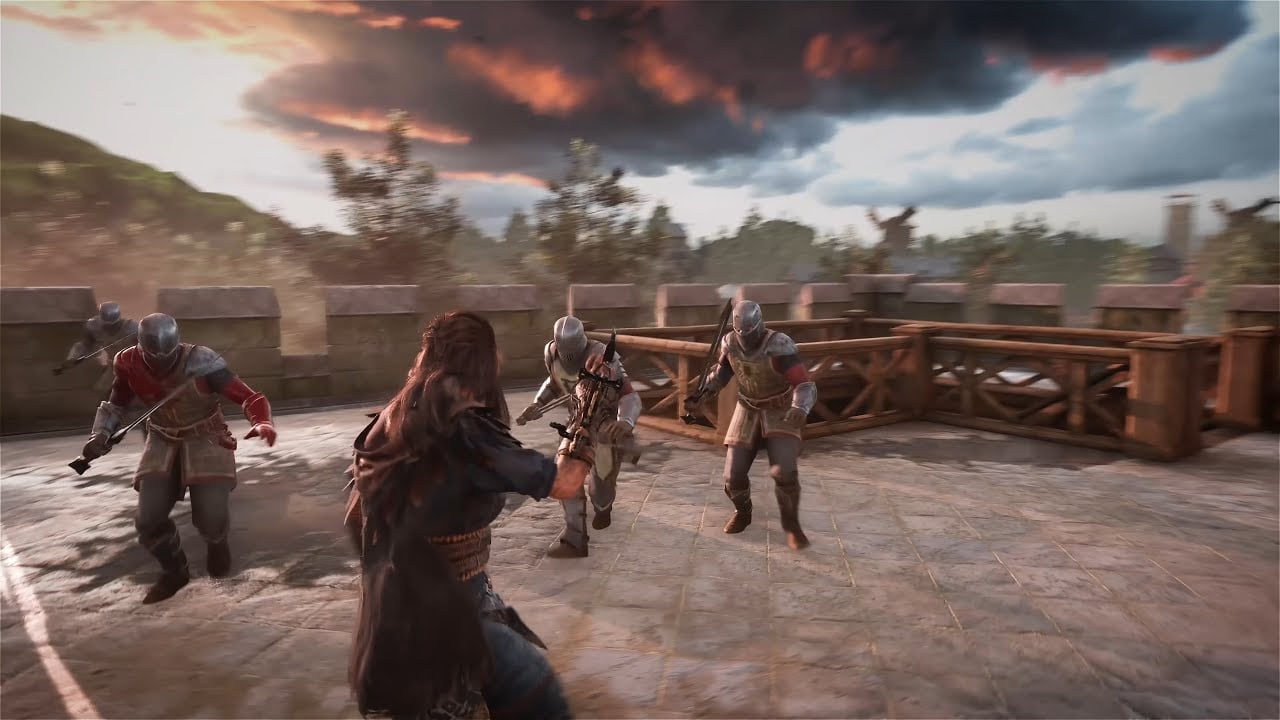 It seems Sumo Digital will be very busy headed into the next generation of consoles. The developer previously announced that they are working on Sackboy: A Big Adventure, but now they have announced their second next-gen title: Hood: Outlaws & Legends. The game is a PvPvE multiplayer experience that is based heavily in folklore. Revealed during PlayStation’s August 2020 State of Play event, specific gory heist gameplay is a far departure from any of Sumo’s previous titles.

On the PlayStation Blog, Game Director Andrew Willians writes that the game is a “dark and gritty reimagining of the Robin Hood legend,” where two teams are competing against each other to steal treasures from an oppressive British government, known as The State, in a dark age setting. What separates this game from others is that The State will have enemy AI targeting both teams. Thus, users will have to be wary of both the AI and enemy players.

In terms of gameplay, players will be controlling varying operators, some from actual folklore (like Robin Hood, himself), where each has their own abilities and weapons. Reminiscent of something like Assassin’s Creed, players will be wielding their bows, swords, and wrist blades, while scaling and surveying tall castles, all in the third-person.

The game’s twist comes from its elements of “grounded fantasy,” as some of these characters will be able to use magic as a means of attack and get and escape with the valuable treasure. We can imagine that the title will be highly strategic, where teammates communicate and use their individual abilities to complete the objective.

Willian also states that the title will be making “full use” of the DualSense’s haptic feedback, offering more “empowering sensations between the player and their virtual bow.” There is no official release date yet, but Hood: Outlaws & Legends is slated for the PS5 and PS4 in 2021.