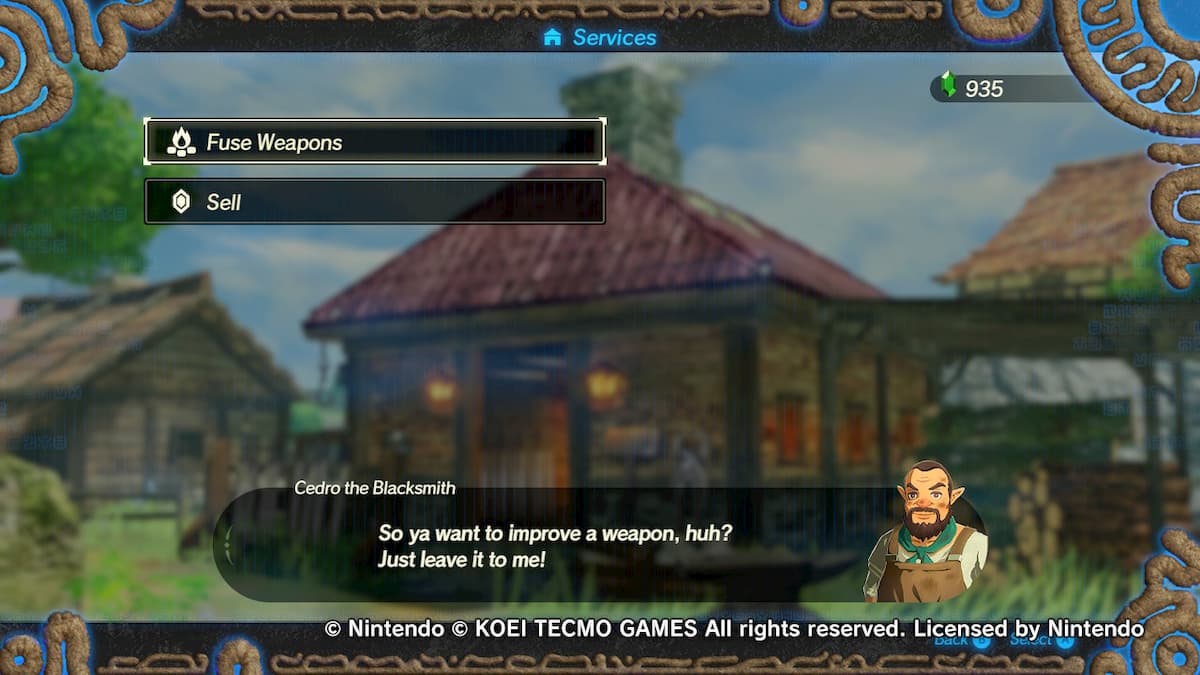 The weapons you use in Hyrule Warriors: Age of Calamity normally start at a lower level. As you continue through the game, you’ll discover new, better items to use, and when you’re ready to use those over your old weapons, you’ll need to level them up. To level up a weapon, you need to fuse it with another.

When you visit the blacksmith, pick which of the characters you want to work on. Once you’ve done that, select the weapon you want to level up and fuse. You’ll be able to choose the other, typically weaker, weapons to upgrade it, and the blacksmith will display how much it costs, what kind of upgrades the weapon will receive, and how much experience the fusion will give the weapon. When you’re ready and have enough rupees, you can confirm the fusion.

Each weapon has a maximum level of 20. Once you reach 20, you won’t be able to fuse it anymore. If there are other weapons you want to use that can become stronger, you may want to use those ones instead. Any weapon you don’t want to use in a fusion is a viable source to gain some rupees.