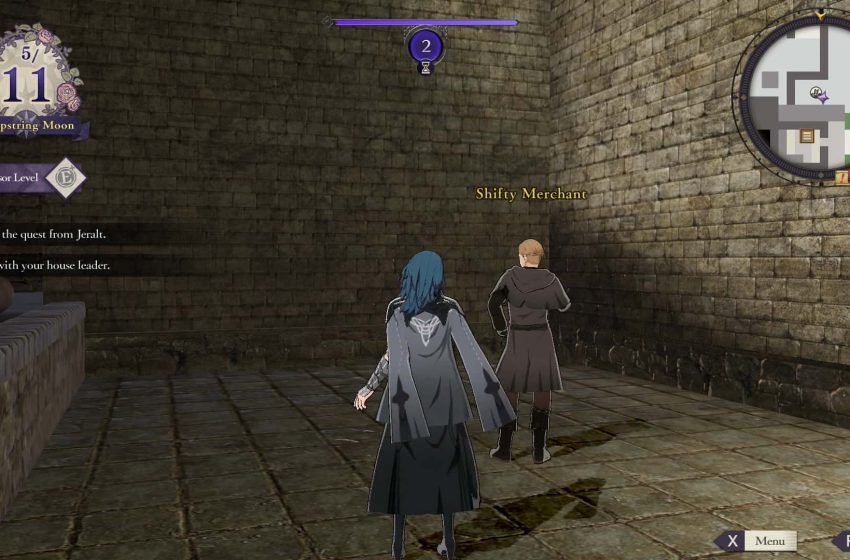 While the side story from Cindered Shadows and the main Fire Emblem: Three Houses are effectively separate, you can still access the Abyss during your main campaign. The Abyss is the underground complex where the Ashen Wolves live, along with an entire secret society of people.

To play the Cindered Shadows DLC, you will need to purchase the Expansion Pass from the Nintendo eShop if you do not already own it.

To access the Abyss, you will need to play through the Cindered Shadows campaign until the end of the first episode. When that is complete, you can then load up your main campaign, and just outside Byleth’s quarters, you will find an NPC called the Shifty Merchant. Speak with him, and you will have the option to go to the Abyss.

The Abyss is pretty quiet when you first visit it during a Fire Emblem: Three Houses campaign, but there will be a bulletin board that will allow you to do quests there. If you want to get a good look at the Abyss, you will need to play through the Cindered Shadows side story.

You can also recruit the Ashen Wolves during your main campaign. Once again, all you need to do is play Cindered Shadows to the end of the first episode, and the Ashen Wolves will appear in the Monastery. You can recruit them to your school and level them up through battles the same as your other students.