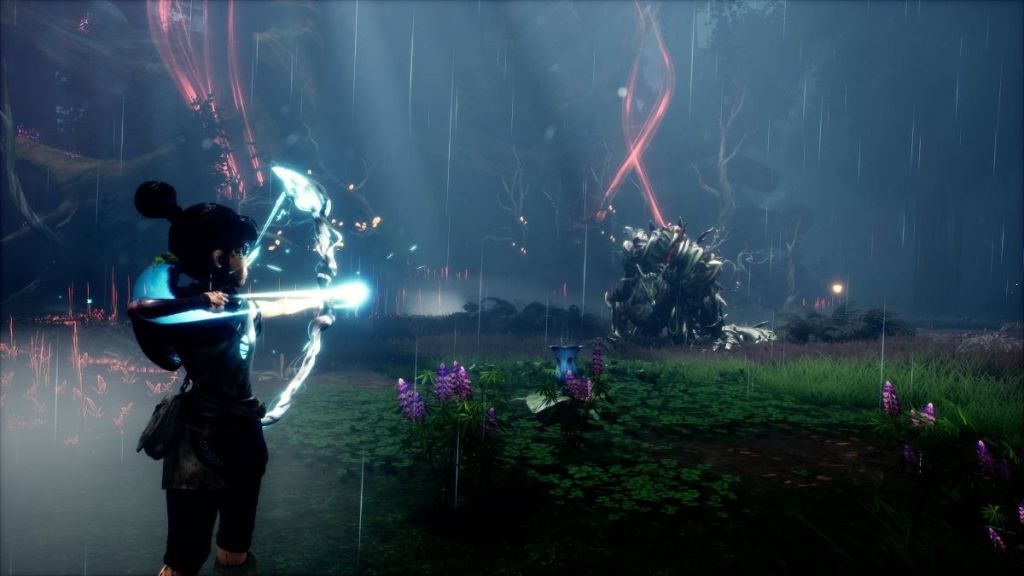 Corrupt Taro is perhaps one of the most challenging bosses in the game. You will fight him after cleansing the shrines in the Forgotten Forest and collecting all of his relics. When you return to Taro’s Tree, you will initiate the fight in front of the large uprooted tree. Keep on your toes cause this boss moves very quickly. Here is how to beat him.

Corrupt Taro has a few different attacks and phases. During the first phase of the fight, he will use his fast speed to move around the map. He attacks in a sort of hit-and-run pattern most of the time. He will charge in and get a few swipes in before backing off. The swipes are difficult to dodge at first, but make sure to get the timing down. Dodge when you see his arm about to come down. You can also parry this attack to interrupt the other two swipes in the combo.

Choosing to block might get you hurt, but if you have the shield upgrade, you should be able to withstand the assault. Taro also has a slam attack that he uses pretty regularly. Watch for when he raises both of his hands into the air. This is your queue to get out of there. This attack has an area of effect that, if you get caught in, can lead to you getting hit multiple times since it will knock you down.

The next move in his arsenal is the pounce attack. If Taro runs off around the arena, pay attention. He might come flying in with this attack. This is the easiest of his moves to dodge since it is easily seen coming. Now, pay attention to any pink symbols that may appear in front of Taro. This means that he will be doing a spinning attack that deals damage in every direction. The last thing you will have to worry about is his AOE explosion. This tends to happen each time a third of his health depletes.

After a while, he will drop his blade and start using his claws. During this time, it appears that Taro is faster and roams the arena more. Keep on your toes. His attacks won’t change drastically during this time.

How to beat Corrupt Taro

Pay attention to the following picture.

Notice anything? There is a lantern around his neck that will periodically glow orange during the fight. Use this to your advantage. Every time it glows, shoot it with an arrow. We recommend having the Focus ability for this since he moves so fast. Hitting this lantern will stop him from running and stun him for a few seconds. Use this time wisely and heal if you need it or attack if you don’t.

Pay attention to his right shoulder as well. You can command the Rot Spirits to swarm to this of his body. Hitting it with an arrow will cause it to explode and deal pretty significant damage. He will also be held down while the Rot Spirits are swarming him. You can use this time to get in a few attacks but be careful because he does still swing his weapon around. Arrows are a good means of damaging him.