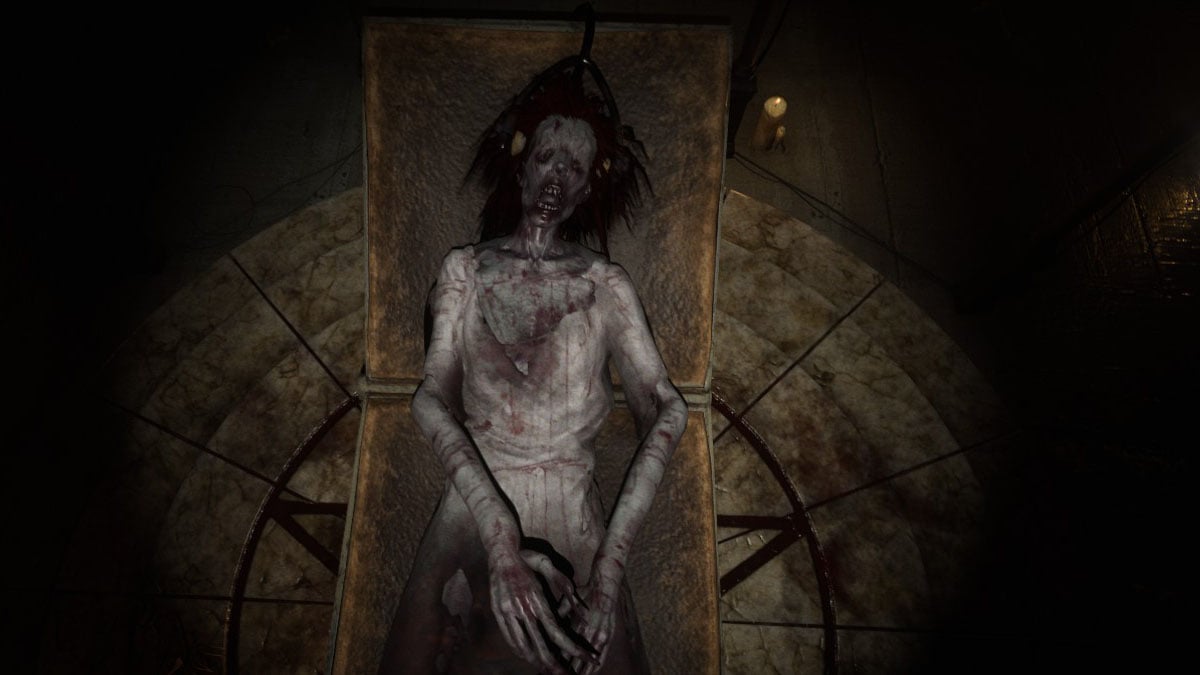 In the cooperative horror game Devour, Molly Jackson is the demon-infused cultist found in the Asylum. Molly is a bit more aggressive than Anna; move quickly in teams, and keep your flashlights ready.

Hiding from enemies within Devour can be hit or miss: occasionally, Molly will simply lock onto a player within the party and hunt that player specifically, bypassing closer and easier prey in favor of that player. Once Molly is hunting, players have a few options for hiding:

Players can calm Molly by staggering her multiple times a burst from the UV flashlight (right-click), but note that the speed at which the flashlight recharges can be a death sentence with the wheelchair minions moving around the map. Players will need to be relatively close to Molly in order to stun her — a stun animation for Molly will play when it works, and the enemy will step backward once staggered.

Players will need to stun Molly with a UV flashlight multiple times, depending on how far into the ritual players are, in order to successfully calm her.

Batteries are spread across all maps within Devour, and there is no reload animation or timer. Note that in the later stages of the map, Molly becomes faster than the player, making stuns and staggers difficult to pull off with fewer advantages for doing so.