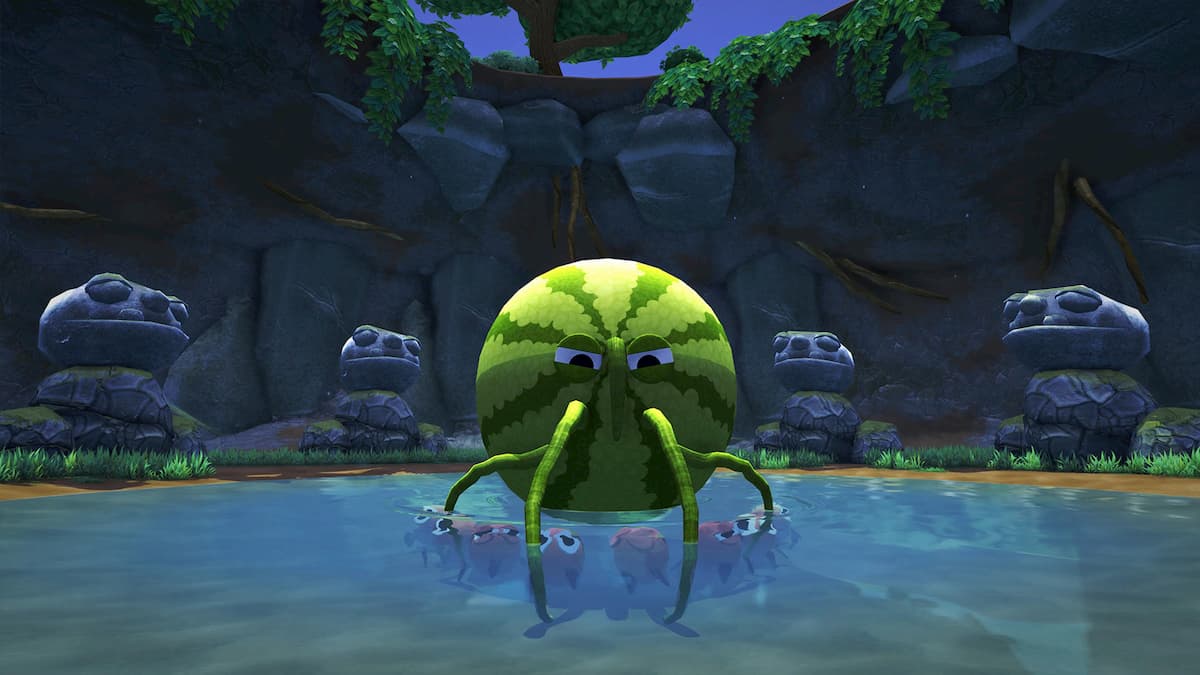 One of Chandlo’s requests for you in Bugsnax is quite the challenge, he wants your help catching a monstrous Bugsnack that he has heard about, the Mama Mewon. He will bring you to Flavor Falls and open up a secret door, and inside you will find a massive creature.

The Mama Mewon is so big you won’t be able to catch it in any trap, first you need to cut it down to size. This massive Bugsnack is sitting in a pool of water, and when Chandlo enrages her, lots of smaller Mewons will appear.

Around the outside of the pool is a circle of statues, and above those are some rocks hanging from the ceiling. Place your trap in front of a statue then stand in front of it to attract the small Mewons. When one goes into the trap, activate it, but do not pick it up.

The Mama Mewon will charge the trap to smash it, crashing into the statue and stunning herself. Now, switch to your Snak Grappler and pull the rock above her down on her head. You will need to do this three times in total.

After that, Chandlo will help by distracting her one last time, and you can pull down a final rock onto her. She will become a smaller slice of melon that you can pick up by pressing Square. Feed it to Chandlo to finish up this quest for him. Make sure you grab at least one smaller Mewon before the end of the fight so that you have a completed entry for it in your Bugpedia.