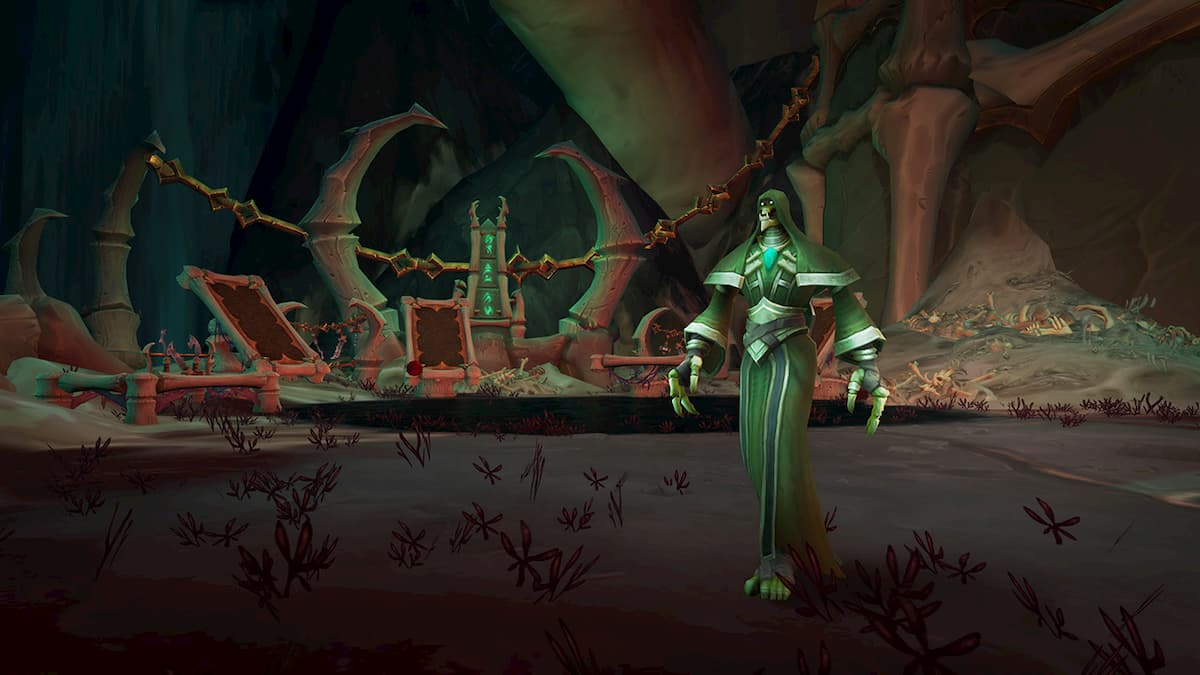 When you think of pets in World of Warcraft: Shadowlands, the first thing that comes to mind usually isn’t a three-headed dog in the middle of Maldraxxus. Although you can’t add Deathfang to your personal collection, you can be its playmate for a world quest, and we’ll show you how to complete Deathfang’s Favorite Toy.

Once you have the world quest added to your log, you’ll find Deathfang in the southwestern portion of the quest zone, located at 55.2, 53.6. The hellbeast needs exercise, and you’re the perfect workout partner for the giant pup. Begin killing enemies in the area, and eventually, one of them will drop the Throwing Skull. You just found Deathfang’s favorite toy, which is great, because that’s the name of the quest.

Head over to Deathfang’s location, and click on it so the Cerberus-like creature doesn’t bite your head off. When it turns green, you’ll know you are safe. Use the skull icon on your action bar to throw the skull near Deathfang. You’ll need to do this five times total, and several things can happen. Deathfang can bring the skull back to you for another throw, or it might drop the skull for you to throw again. It could also hold the skull in its mouth, which means you have to click Deathfang to take back the toy. In some cases, Deathfang might fetch an enemy instead of the skull, and you’ll need to kill it.

Five rounds of play will be enough for Deathfang, and you’ll complete the quest. You may need to hurry out of the area, as Deathfang might not see you as a playmate anymore and attack you.