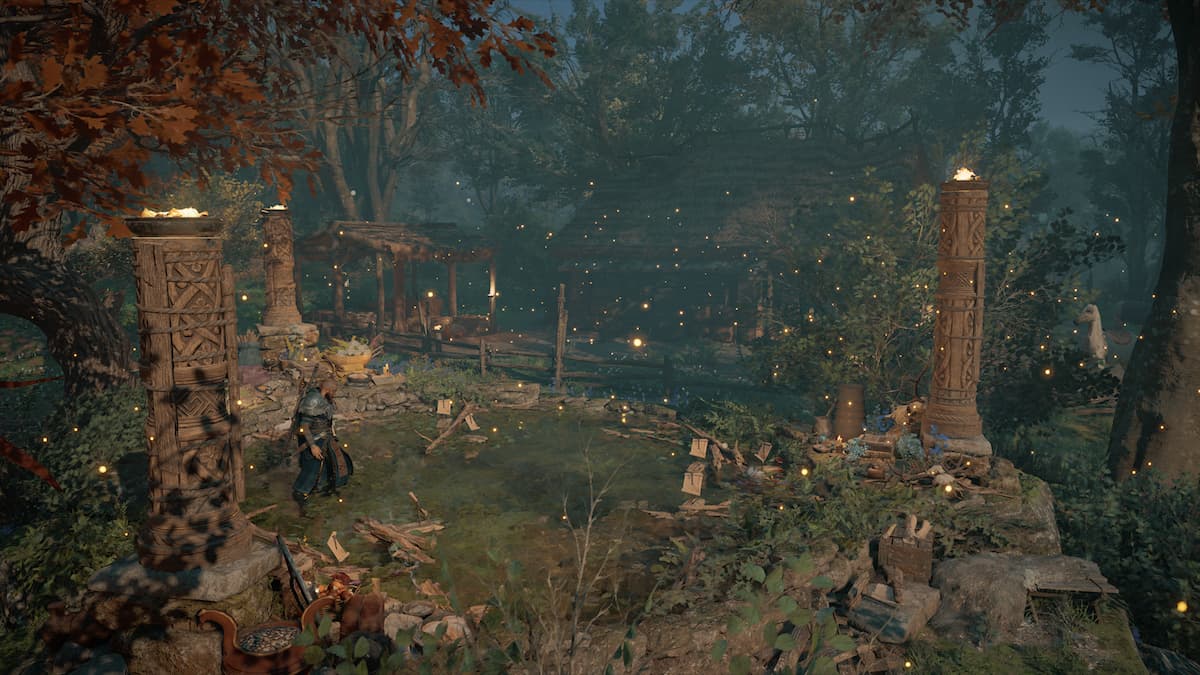 With the Sigrblot Festival in full swing in Assassin’s Creed Valhalla, as Raventhorpe’s leader, Eivor will be gathering the many sacrifices and offerings from the residents to give to the gods. These offerings are precious as they will be essential in ensuring the Raven Clan warriors are successful in their raids in Francia for The Siege of Paris expansion. This guide details how to complete the Feeding the Wolf quest offered during the Sigrblot Festival, which ends on August 19.

You can obtain this quest by speaking with Thyra, who will be standing next to the bonfire at the center of the festival area. You’ll be able to find her by the orange scarf around her neck.

Find and Reach the Shrines

The first task you’ll need to do for Thyra is to reach the shrines in Ravensthorpe. You’ll be able to find it near the settlement’s waterfall, which you can find right next to the Seer’s hut, close to the northwest portion of Ravensthorpe.

When you arrive at the location, you’ll have to read the letters that the villagers left behind for the shrines. It will have the resident’s name and their prayer containers on the sheet of paper.

After you’ve read the prayers, grab one of the storage crates at the offering site, and bring it back to Thyra. Once you arrive at the location, set it down in front of the bonfire, and then you will have to choose which of the three gods to offer the sacrifice to between Thor, Freyja, and Baldr.

The final task is to approach three homes in Ravensthorpe to collect tokens left behind by residents who appreciated Eivor’s effort and work in the task.

Each of the locations has 35 tokens each, for a total of 105 festival tokens. After collecting them all, you’ll have completed the task. You have until August 19 to complete this quest.