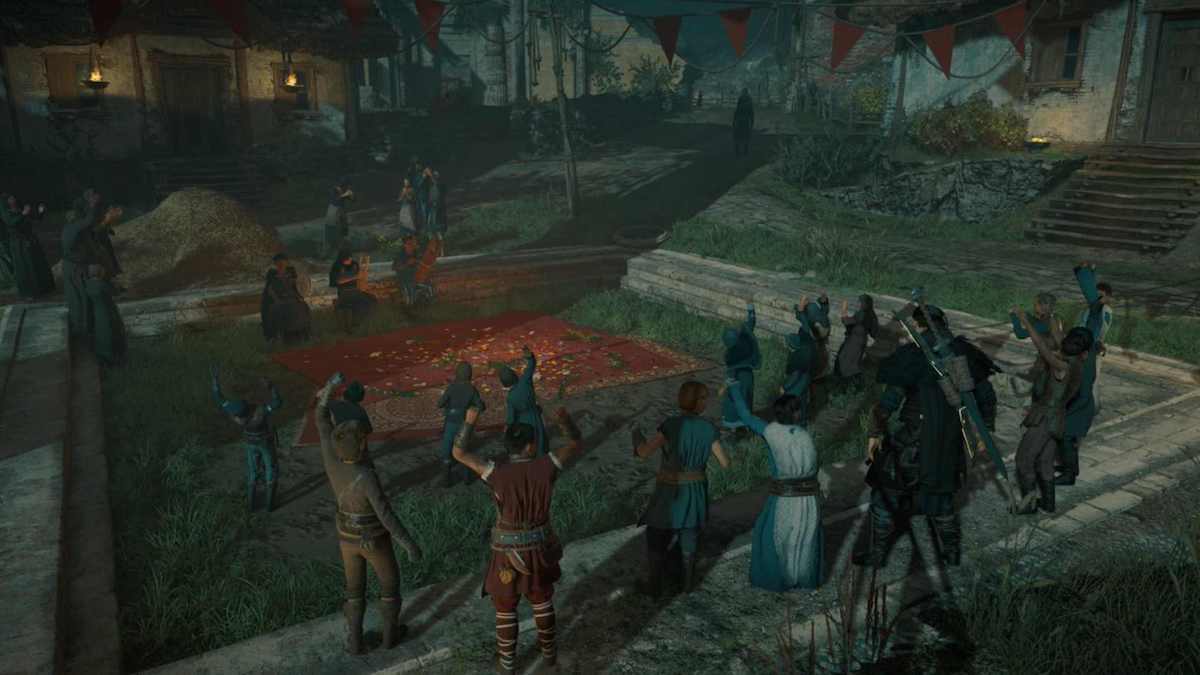 Nothing worse than a band breaking up, as you will see with the case of the Gleemen in Assassin’s Creed Valhalla. This musical trio’s breakup is part of the Falling Stars world event that you can find in Lunden.

Just west of the Londinium Amphitheatre, you will come across a group of people crying around a few instruments.

A note on top will explain that the band has broken up because of a woman coming between two members. While the game doesn’t tell you specifically, it’s up to you to find all three of them and bring them back together.

Read the note on the nearby steps to learn the general whereabouts of each member. This is what you will use to hunt them down.

You can find Cynewulf at Crepelgate Fort, where he has landed himself in some decent trouble and is held captive in a cage. The fort can be found just northwest of the instruments, and you will see the cages full of people in the open.

Cynewulf is in the cage on the left. You can sneak in or go in swinging; either way, open the cage and free Cynewulf from his bonds. This will prompt him to go back to the instruments.

The next member of the band, Kitt, can be found at Saint Paul’s Cathedral in the city’s western area. She is sitting outside, on the northeastern corner, playing an instrument.

Walk up and speak with her about the band. She will mention that she won’t return without being paid back for damages to her equipment. Pay her the Silver she needs, and she will decide to rejoin the band.

The final member, Ysane, can be found just outside the western side of the city, crying on a rock near the main road.

Speak with them, and they will ask you to show them an example of a poem about something other than being in love. You can do either option it gives you, and Ysane will decide to rejoin the band.

The final step in the quest is to go back to where it all started, at the square where all the crying people were gathered. It is here that you can now watch the three reunite and perform for a crowd of people.

Interact with the prompt in the middle of the crowd, watch the show, and the quest will be complete.