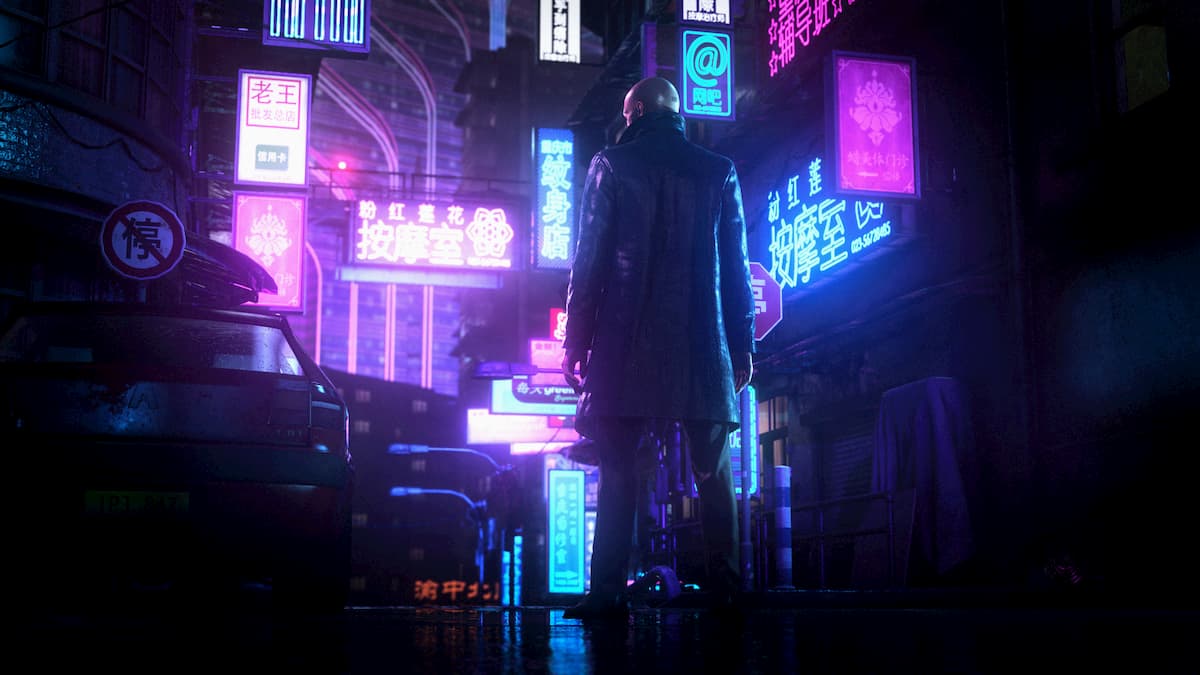 If having the mononym “Hush” wasn’t enough to convince you to murder this Hitman 3 target in Chongqing, perhaps his human rights-violating hobbies will do so. This cyberterrorist is in league with the ICA, and as he develops what is essentially mind control, he is utilizing homeless people as human test subjects. Through the Impulse Control Mission Story, you as Agent 47 can put an end to this operation in a poetic fashion.

Getting into the Future Progress Initiative

Search the city streets of Chongqing, and near the Onelectrics Store will be a few homeless people standing by a fire. They’ll discuss an opportunity to participate in experiments for compensation — most of them seem doubtful about this, but one man is particularly eager to take part. As he drifts away from the larger group, he’ll probably be the easiest to incapacitate; take his clothing as a disguise, and you should be able to enter an abandoned apartment building where Hush’s so-called Future Progress Initiative is taking place.

You can find three flyers around the map detailing the opportunity, all featuring a cube logo that you should be on the lookout for. Go to the northwest corner of the building where you found all of those homeless people, and a blue sign with that logo should be impossible to miss.

From here, one of the Street Guards will take you upstairs for a sort-of interview process to become a test subject. The assistant will eventually tell you that they’ve found all the test subjects that they need for Hush, and you’ll overhear that they have a “perfect test subject.” She’ll dismiss you and the guard will escort you back to the entrance, but you’re going to want to Hitman your way up the building complex instead.

It won’t be easy in such a confined space, but at least the building layout is simple enough. There are different tiers of guards that you will have to make your way through of — the Street Guard disguise is really only good for the first two floors, but to get into the third to fifth floors, you’ll need a Block Guard disguise, which has a full protective medical outfit.

Hush will keep going up and down Levels 4 and 5, the former containing the distressing image of human test subjects going through experimentation inside pods. Once you finally make your way up to Level 5, go out the window to the right of the stairs. Walk on the ledge a short distance and you’ll see an open window to a bathroom.

The supposed “Perfect Test Subject” is inside the bathroom, obviously nervous about the procedure and giving himself a pep talk. He’ll be wearing a medical gown with a giant letter A on it. You can ease his anxiety by knocking him out and stuffing him in the bathroom locker. Disguise yourself as him and leave the bathroom.

This is a testing area for Hush, and you’ll see two ominous looking chairs with blue lights above them. Hush during testing will sit on one of these chairs across from a test subject, and he’ll try to control their minds and actions through whatever neuromancy they have going on here. Approach the lab assistant Junli, who is standing behind a computer, and tell her that you are ready to begin the test procedure.

This is technically the end of the Mission Story, and you should have the intuition to know how to end this. Basically, Hush and Sister Lei want to push the test to its limits, at the risk of his safety. You as Agent 47 easily have the ability to resist Hush during the test.

However, assistant Junli will urge him to stop. Once everyone goes back to their behavior and cycles, find a way to isolate Junli and put her away without any guards seeing. After that, once Hush comes back to the fifth floor, he and Sister Lei will want to continue on without their assistant. Keep pushing, and this will be over fairly quickly.