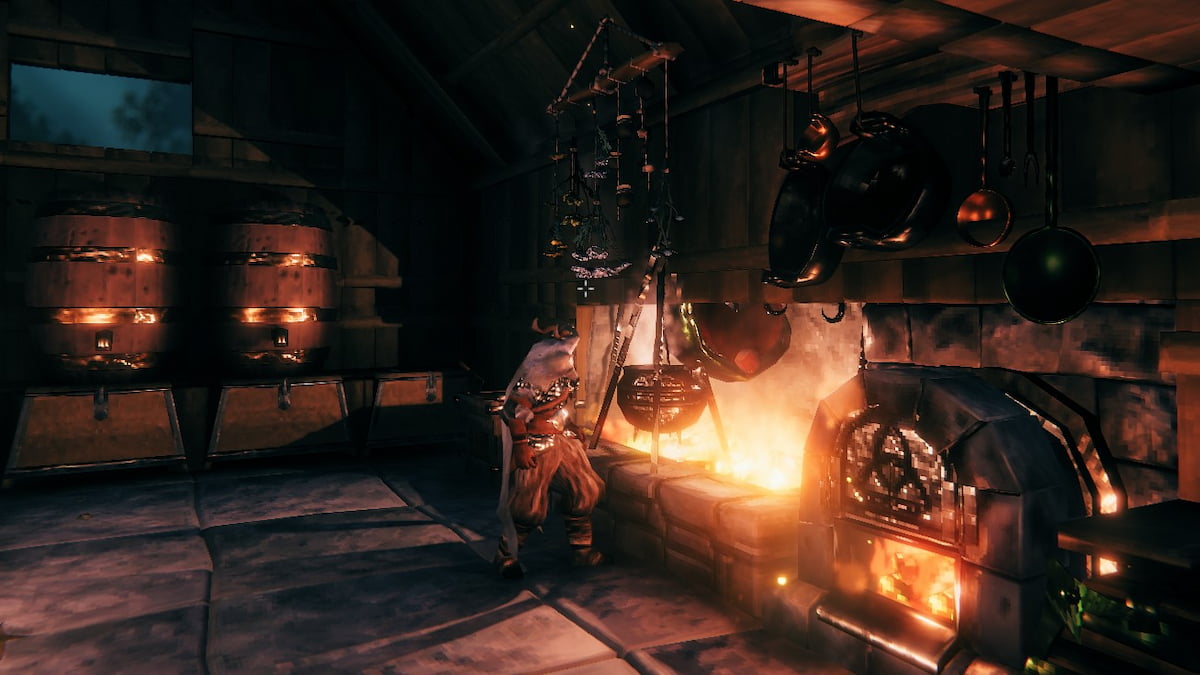 The sea serpents in Valheim are vicious creatures that wander the Ocean biomes. They’re one of the fear monsters you can find in this region, the other being the Kraken, but that’s a passive spawn that you don’t have to worry about. On the other hand, the sea serpents will be aggressively hunting you down as you attempt to sail around your world. Should you and your companions manage to down one, you’ll be able to loot them for their meat to make some of the best meat and stews at your cauldrons. But you need a specific item to cook them properly.

Previously, before Valheim’s Hearth and Home update, you were able to place it above a standing cooking station and wait for it to prepare. Now, you can’t use the standard cooking station. It’s not good enough. Instead, you’ll need to craft an iron cooking station, an improved version of the standard one you can make at the start of the game.

To make the iron cooking station, you’re going to need three iron ingots and three chains. Once you have those, you’ll need to be in the range of a forge to set it down.