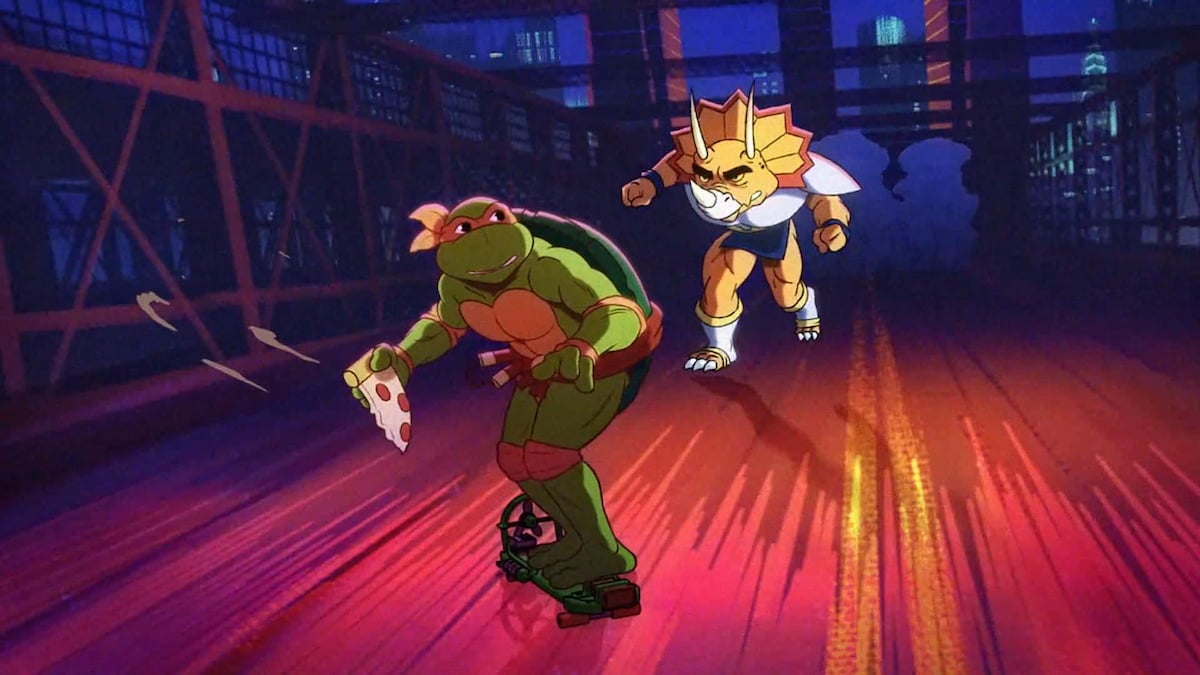 There are multiple challenges for you to complete as you progress through the levels of Teenage Mutant Ninja Turtles: Shredder’s Revenge. You will want to meet these challenges to give you a higher score, which becomes important in the Arcade Mode, where you can earn extra lives to make it towards the end of the game. A common challenge in these levels is to defeat enemies using traps. Here’s what you need to know about how to defeat enemies using traps in Teenage: Mutant Ninja Turtles: Shredder’s Revenge.

When the game tells you to defeat enemies using traps, it means to use environmental objects rather than the standard attacks on your character. An excellent example is in the first level of the game, as you’re working your way through Jaw-Breaking News! in the Channel Six building. You can find several large cameras as you make your way through the level, and when you hit them, they fly. If this flying object hits an enemy, they will take damage, and you can defeat them this way.

You can also find exploding barrels that also count as traps. When you hit them, they explode and do damage to anything standing around them, including yourself. You want to lure enemies to the barrel, hit it once, and then dodge away to ensure you don’t take any damage, and it will count as defeating an enemy with a trap.

The traps for a level will vary, and they won’t all be large cameras for you to hit. We recommend experimenting while exploring a level to see what you can send flying across the screen, damaging enemies in its path. Outside of challenges, these are an effective way to clear a path to make going through a level much more accessible.