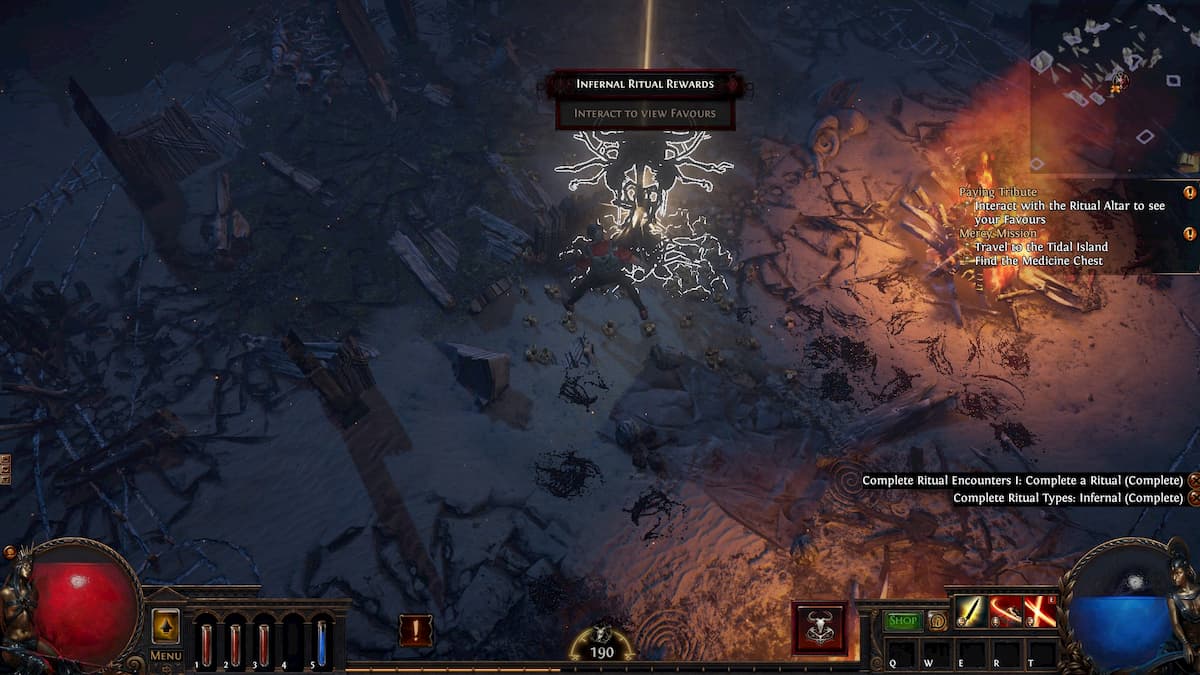 The ritual league in Path of Exile’s Echoes of the Atlas update adds specific sites where you can find various altars that summon a specific enemy to your position. You can find these altars all over a region, and you do not have to interact with them. If you do, you will have to battle a wave of monsters, surviving and defeating them. These monsters vary from flaming undead to anything your imagination can fixate on. The main focus of the Ritual league is to acquire tribute.

You can earn tribute by completing these altar challenges. All you have to do is approach an altar, see what type of challenge it’s going to be, and run it. The challenge typically consists of multiple spawns jumping in on your position, and you need to survive the entire wave. The first time we ran into our first altar challenge, we had to face off against a horde of flaming undead while also attempting to avoid the falling rocks that spewed out flames.

After surviving the ritual, approach the altar, and you’ll receive tribute points based on the challenge. When we completed ours, we received 190 tribute points. There were various weapons available and equipment available on the altar that we could purchase using our tribute points, but we were unable to buy any of them for the first time doing it. Instead, we had to choose to save a weapon of our choice for the next ritual we completed to earn more points and go up against another challenge.

When a region refreshes, there are new altars and challenges to complete.