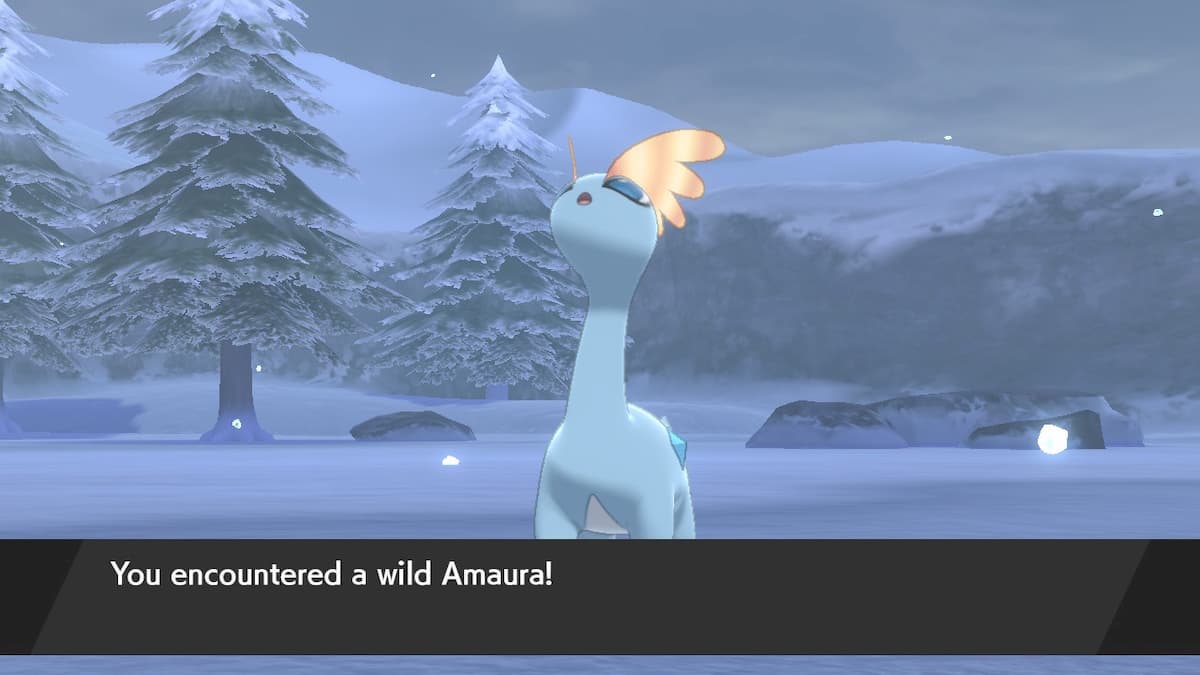 In Pokémon Sword and Shield’s Crown Tundra expansion, there are plenty of new Pokémon for you to attempt to capture in the game. These Pokémon are wandering all over the map, and there are even more legendary Pokémon waiting for you to defeat them in a Dynamax Adventure and capture them. A notable Pokémon players can encounter in the wild is Amaura. It evolves into Aurorus, but there’s a specific method for undergoing it.

Where to find and catch Amaura

For those wondering how to capture Amaura initially, you can find it in Frostpoint Field, Slippery Slope, and Snowslide Slope region. It will only be out when it is clear, cloudy, snowy, when there’s a snowstorm, if it’s intensely sunny, or if it’s foggy. You can usually see it wandering around in the overworld.

Once you capture Amaura, your next step is to evolve it, and it only happens after it reaches level 39. But it won’t immediately evolve after this point — there’s a catch. It will only evolve at night. If it’s not nighttime, your Amaura will not evolve, so you’ll have to wait to level it up again to give it another go. To make the process faster, you can always adjust your Nintendo Switch’s internal clock to force it. When the stars are out, Amaura will evolve into Aurorus.