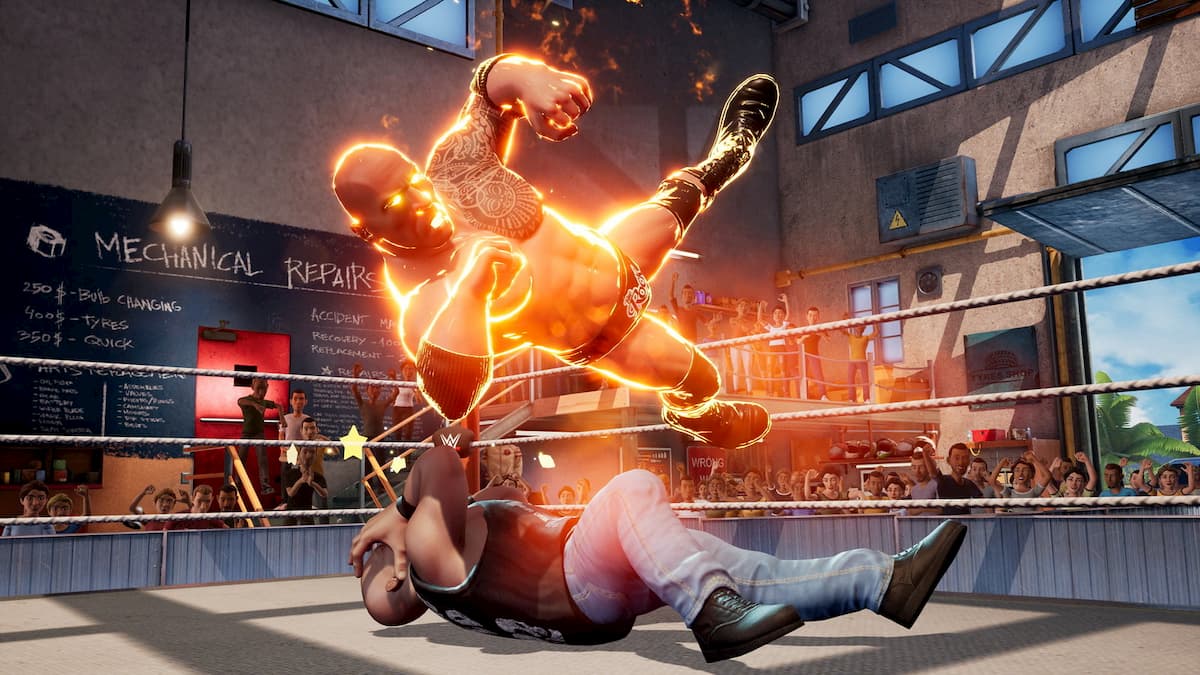 WWE 2K Battlegrounds is certainly a unique game, thanks to its over-the-top wrestling gameplay. In addition, each ring area, called a battleground, has its own distinct features that can make wrestling a challenge. One of those challenges involves dealing with the crocodiles that can appear during matches in WWE 2K Battlegrounds. While those crocodiles could be a nuisance for some, those reptiles could be a benefit if you know the right controls. Why? Well, those crocodiles are hungry, and they certainly won’t have a problem feasting on your opponent. But you’ll first have to fling the opposing wrestler towards one of these crocs.

The crocodiles of WWE 2K Battlegrounds

In WWE 2K Battlegrounds, random crocodiles will appear in the crowd at matches that take place in the Florida Everglades. Crocodiles can get involved in the action in a variety of ways, as these reptiles can maul wrestlers should one get too close. Additionally, crocodiles can also attack wrestlers that get fed to them throughout the match.

How to feed your opponent to a crocodile

First, keep in mind that you will have to be competing at the Everglades battleground to do this. This area has to be unlocked before it can be used in Exhibition action, so keep that in mind. Second, make sure that you are aware that there are two crocodiles by ringside: one on the left-hand side and one on the right-hand side. This is important, because in order to fling the opponent towards one of these reptiles, your wrestler will have to be near a crocodile.

To perform this move, first press and hold A (on Xbox) or X (on PlayStation) to carry your opponent. Then, move towards the ropes to either your left or right with the left stick until you are right by one of the crocodiles. Once you see a crocodile symbol pop up above your wrestler, you are close enough. After you see this symbol, press B/Square to feed your opponent to one of those reptiles.