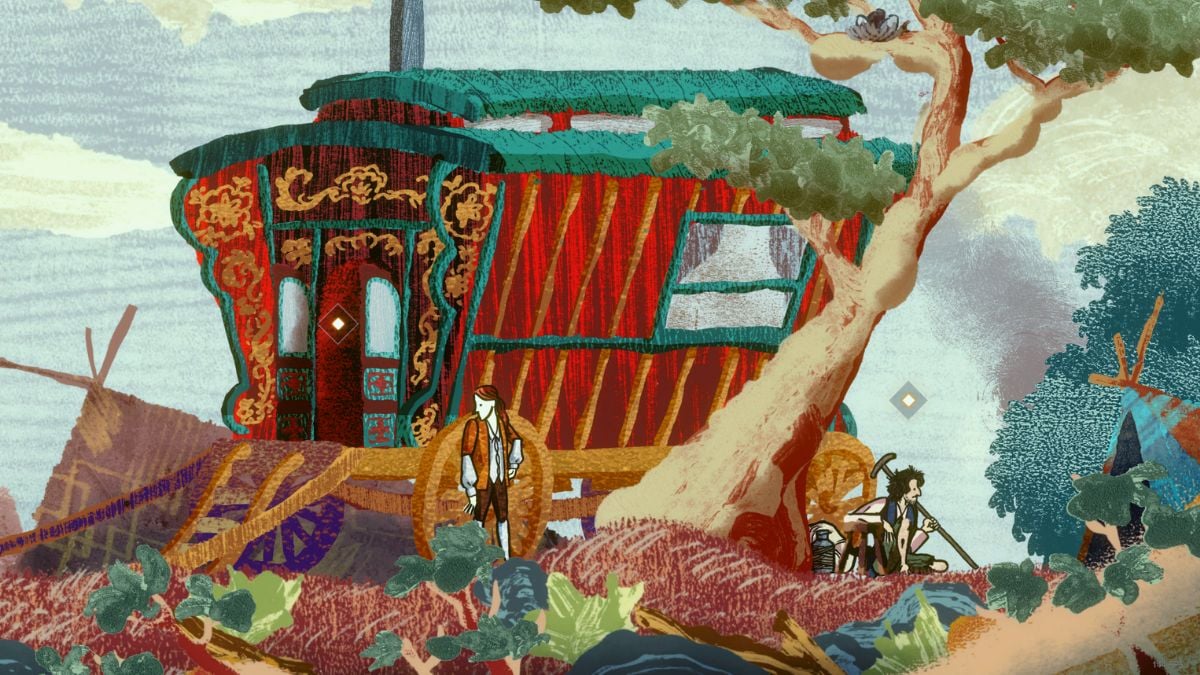 Three Card Monte seems like it is a game of skill, but it is more like a game of luck. This is because the person dealing the cards often cheats and switches the cards after showing them to you. If you aren’t aware of this trick, you will ultimately end up failing and choosing the wrong card. When you first get introduced to Three Card Monte, you will be tasked with finding the queen. If found, you will get the Spoil Sport achievement. Keep your wits about you and pay close attention. Here is how you can find the queen in Three Card Monte in Card Shark.

Three Card Monte is one of the many card tricks you will learn in the game. This card trick is taught to you when you reach the camp. This comes shortly after the introduction to the game where you help Comte de Saint-Germain perform the Bottle of Cahors trick. After reaching the camp, speak to Ireneo Funes and accept his invitation to learn magic. This will start the introduction to Three Card Monte.

Unfortunately, there is no guaranteed spot where the queen will land during the game. Ireneo will shift the cards around. There is, however, a trick that will make things a little easier. Notice that in the first picture, Ireneo is holding the queen in his right hand and it looks like it is the top card. In the image above, the card has been placed. The way he does it makes it seem like he placed the queen on the table.

In reality, the queen is still in Ireneo’s right hand. From this moment on, watch the card in his right hand as he shifts it around the table. Most likely, the card will end up on the left or right side of the table and not the center. Following this card will almost certainly guarantee you the win and earn you the Spoil Sport achievement.