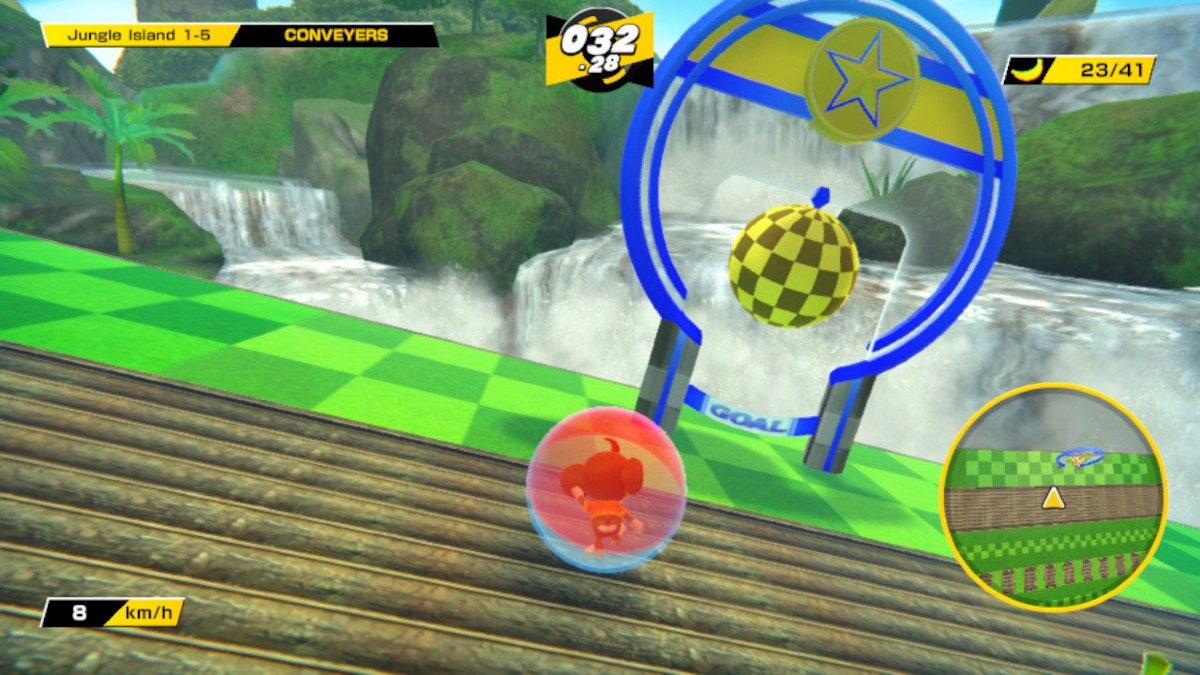 Super Monkey Ball is one of the most challenging video game franchises in Sega’s history, and Super Monkey Ball: Banana Mania is no exception, despite it being newcomer friendly. There are easy-peasy levels, tough levels, and levels that look easy but are challenging to complete in 60 seconds or less. One such level is 1-5, which is called “Conveyers.”

As the name heavily implies, there are 30 mini conveyer belts. The first and third rows, each with 12 conveyer belts, have narrow spaces between them, while the middle row has wider spaces since there are only six of them. Then there’s a giant conveyer belt with the goal post right in front of it. It looks like they’ll propel you straight to the finish line, right? Wrong. They all run backward, especially the giant conveyer belt, which will send you straight back to the beginning of the stage (almost) unless you’re slick enough to outrun it.

There are two ways you could run right past the giant backward conveyer belt. First off, if you’re a completionist trying to collect every single banana, do so carefully without touching the mini conveyer belts. Then roll right back to the bottom of the slide, and without shifting right or left, roll straight down the middle of the course, slipping through the spaces in between them, run over the giant backward conveyer, and you’ve reached the goal.

Another way to do this, if you’re doing a second run or you don’t care much about banana collecting in the first place, is from the very start of the stage. Roll straight down the slide, keep yourself in the middle of the course while rolling as fast as you can so you can roll between the spaces, run over the giant backward conveyer belt, and hit the finish line.