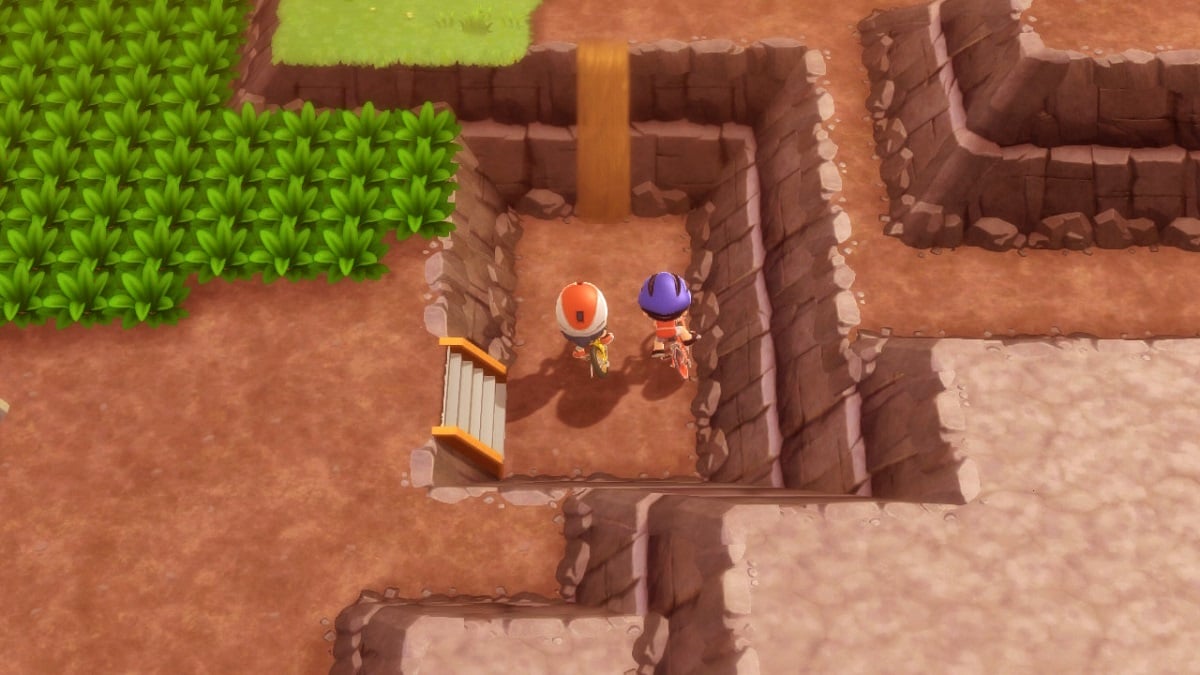 There is a lot of traveling to be done in Pokémon Brilliant Diamond and Shining Pearl, and it will happen much quicker with a bike. If you want to zip around the map as quickly as possible, then the bike is the way to do it.

To get the bike, make your way to Eterna City. You will need to beat Gardenia, the leader of the Eterna City gym, and once that is done you will be able to go to the Galactic building in the north part of town. You will also need the Cut HM, that you will get from talking to Cynthia when you first arrive at Eterna City.

Once you arrive at the Galactic Building you will need to battle against Team Galactic. This fight will include Jupiter, a Team Galactic commander, but you shouldn’t have any major issues mopping the floor with them. By defeating them you will free their captive, and get an invite to Rad Rickshaw’s Cycle Shop. This is south of the Pokémon Center in Eterna City.

You will be able to pick which bike you want from there and can decide on a color as well. Once you have the bike you can hit the B button to speed up, and you can also use it to traverse muddy slopes.