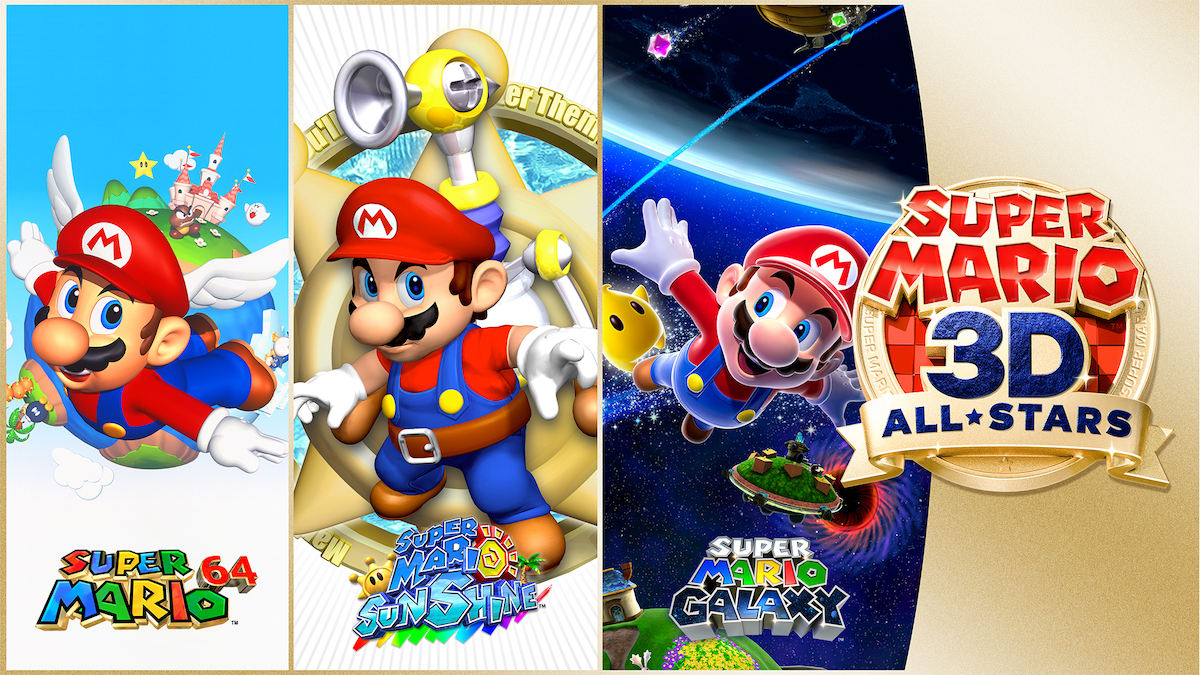 With all of the news surrounding the next-generation consoles, barely anyone could have guessed what Nintendo was up to. Turns out, one of the company’s biggest threats to the upcoming consoles this fall will come in the form of a 3D Mario collection on Switch, aptly named Super Mario 3D All-Stars. The bundle will include HD remasters of Super Mario 64, Super Mario Sunshine, and Super Mario Galaxy. Unlike most Switch releases, pre-ordering this title is different than any other, and we recommend you do it as soon as possible.

The newly-announced game will land on the eShop and physical shelves on September 18, 2020. However, Nintendo has stated it will be in “limited production,” and will only be available till the end of March 2021. It seems as if the gaming giant wants Super Mario 3D All-Stars to be a rarity, and so this end date applies to both physical and digital copies. So far, there is no word on if Nintendo plans to bring the collection back on the market after.

Pre-orders are slowly starting to be taken for the game, but we can imagine that its supply may not last long for the physical edition with the supposed end date implemented. The games cannot be bought separately, but snatching three remastered classics for the collection’s low price is a major steal.

According to retailers’ pages for Super Mario 3D All-Stars, it will not have any special editions or bonuses, at least, as of right now. Either way, those interested in reserving their physical copy, that can be done at such stores like Best Buy and Amazon.

Although there aren’t any additional goodies for pre-ordering, the games’ newest features may just be enough for you to forget about that matter. Each game will be optimized for the Nintendo Switch, with Super Mario Sunshine also offering a 16:9 screen ratio. There will also be a music player mode, where players can access all of the games’ music at any point during their adventures.