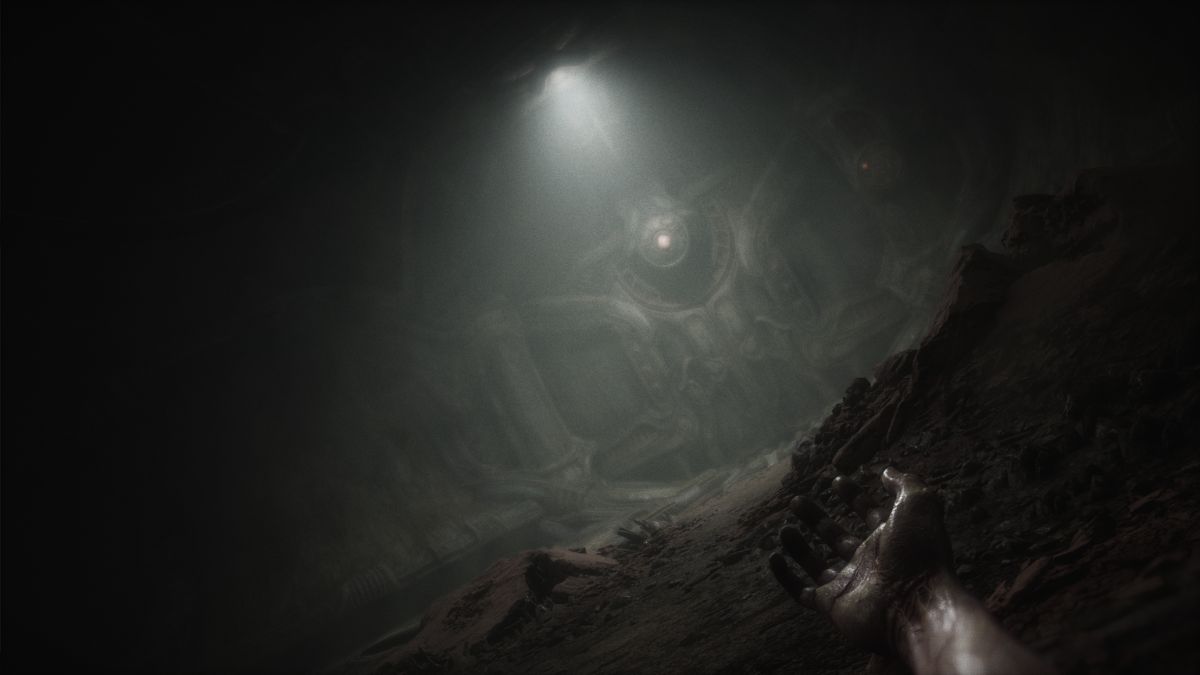 Scorn is a very vague game that requires you to progress with little to no information guiding you around its gross corners. As you progress through the first act, you will come across a series of machines on rails. Progress a little farther and you will find a crane that you can use to slide objects around on the wall. This guide will show you how to solve Act 1’s sliding puzzle in Scorn.

During Act 1, you will end up discovering an elevator that takes you above a circular room. On this upper floor are two pedestals; one controls a grabber arm and the other controls a crane. You will also see a series of rails on the wall in front of you with pods connected to them. At the end of the rail, there is a glowing part that likely caught your eye immediately. The goal of the puzzle is to get the pods with white marks on them to the end of the rail.

The first step is to slide the pair of pods over that contains one broken pod. Slide them to the point that they are no longer blocking the single pod with white marks. Slide that pod over to the light since the way is now clear.

Activate the grabber arm and it will crush the pod. With that pod out of the way, you need to get the other pod with the white marks to the light. This is much easier said than done. Start by moving the pair of pods with the broken one that you moved earlier back to its original position. Slide the singular pod to be in the corner as well like in the image below.

With those pods moved, move the three single pods on the right side of the rails to the areas marked in the image below. The two pods get placed under the group of four pods while the other single pod gets moved over to the rail below the pair with the broken pod.

With the way clear, move the vertical pair of pods up, to the left, down, and left, and up to reach the light. Activate the grabber arm to grab the pod and place it in the lift, completing the crane puzzle.