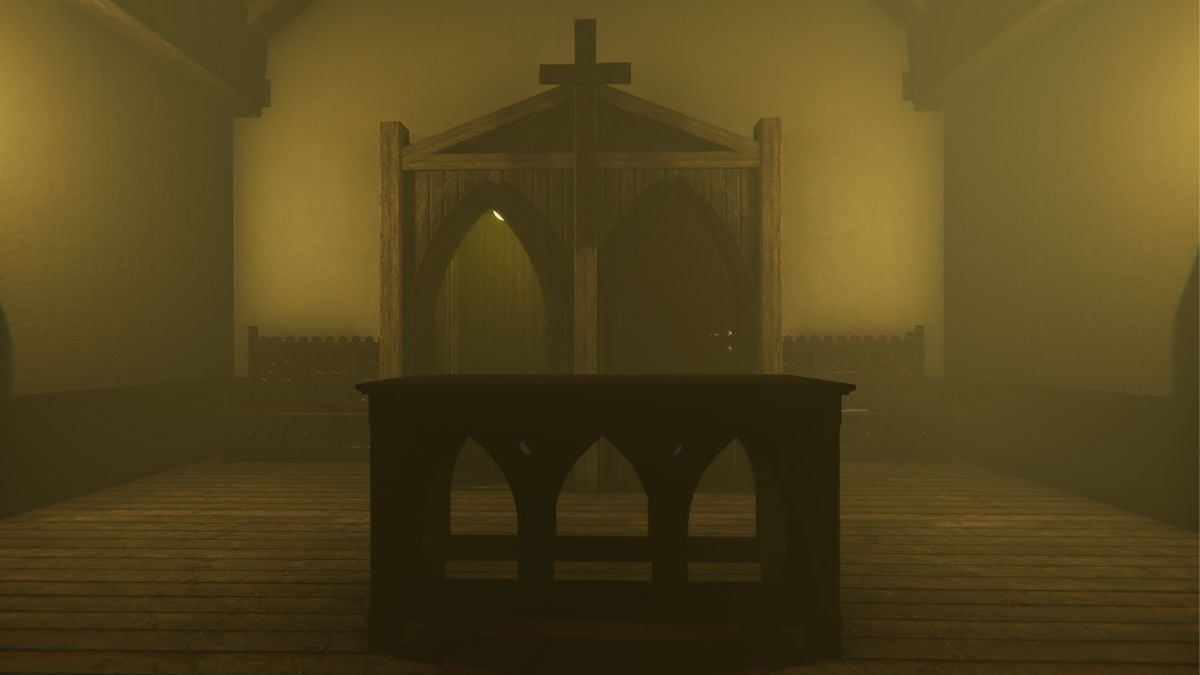 One of the puzzles that stands out the most in MADiSON is the church candle puzzle. This puzzle is unique because it requires you to travel through time between the years 1951 and 1987 and place candles all while getting chased by a spirit. It’s tough work if you don’t know what you are doing. Get ready, things are about to get spiritual.

To start this puzzle off, you are going to want to grab the candlesticks. There are four candlesticks that each coincide with one of the colored rooms. These candles are blue, green, yellow, and red. The first of these candlesticks can be found immediately after getting into the church. Go to the corner with the 2022 sign. The yellow candlestick is next to the sign.

The second candlestick you can find is shortly after you teleport to 1987. Leave out the door of the room you are in and go across to the hallway on the other side of the church. At the end of the hallway will be a set of stairs leading up to the bells. The red candlestick is sitting in front of the bells on the floor.

After getting the red candlestick, use your instant camera and take a picture of the year 1951. This will make you travel back in time. Pick up the blue candlestick off of the bench below the 1951 sign.

The final candlestick is obtained after talking to the girl in the confession booth in the year 1951. The green candlestick will be floating in the air between the pews.

The candles are each placed in the maze that matches their color. For example, the red candlestick will be placed at the end of the red maze, and so on. While there are aspects of the puzzle that change, it appears that the images they need to be placed under stay the same. The part of this puzzle that randomizes is the year in which the images appear. For us the solution was as follows:

It appears that there will always be two candlesticks placed in each of the years. It also appears as though the images that you need to place the candles under remain the same in each playthrough. You will know if the candle is placed correctly because it will ignite as in the image below.

You can ignore the woman in 1951 who is crying in the confessionary and place up to three of the candles before interacting with her. Interacting with her will spawn the green candlestick and also summon a deadly apparition who will chase. It is best to place as many candles as you can before needing to worry about the spirit. Once the puzzle is complete, go to the bells in the year 1987 to find a key and use the key on the confessionary in 1951.