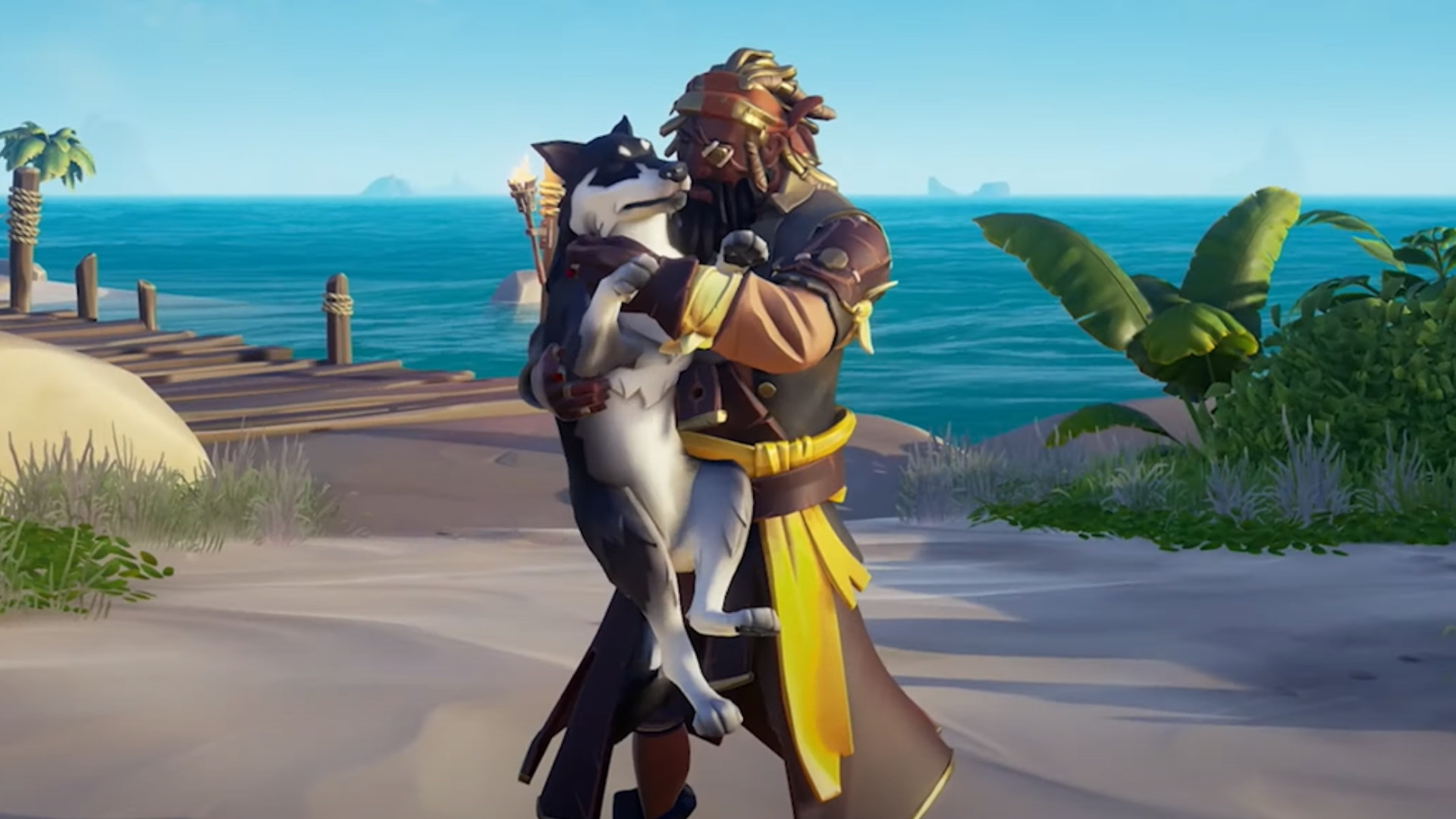 The developers of Sea of Thieves have big plans for the future of the game. Along with new voyages planned in the coming year, you will be able to find a new furry friend to join you in your journeys. Dogs will be included in the game in the coming update.

With cats, parrots, and monkeys already in the game, dogs will be joining the Pirate Emporium store with the September content update. We got a sneak peek at the dog variants from Rare’s presentation at Gamescom, which featured different interactions with man’s best friend. Like all other pet types, there will most likely be three different breeds of dogs for you to choose from.

With the rollout of the next content update, players will be able to purchase dogs from the Pirate Emporium with Ancient Coins, the game’s micro-transaction currency. It is assumed dogs will be priced at the same point as the rest of the pets for 499 Ancient Coins. Special variants of dogs, which would be as part of specific sets like the Ashen Dragon or Golden Curse pets, would most likely cost 649 Ancient Coins.

The next content update is expected to release sometime early September, so get ready to have your pick of the litter.