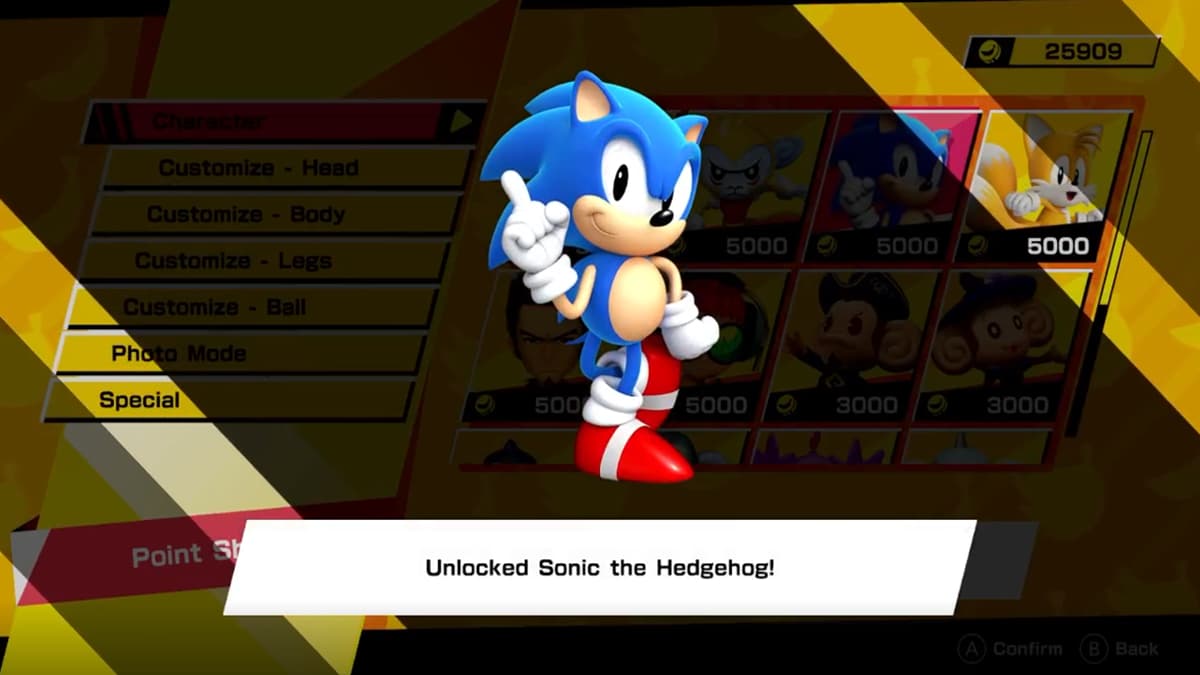 To unlock additional characters in Super Monkey Ball: Banana Mania, you will need to complete some missions. You can find Missions on the main menu and see what needs to be done, but you should gather a large sum of points by just playing the game regularly. After amassing some points, find the Points Store on the main menu. Scroll down to the Characters section, and you can look at the prices of each one. If you have enough, purchase them to unlock that character immediately.

After buying a character, they can only be played in Main Game or Main Game Time Attack. Unfortunately for anyone who enjoys the Party mode, only the main cast of characters is playable. When you are playing as a guest character, the bananas will be swapped out with something else to fit that character. Sonic and Tails will collect rings, Kiryu will have Staminan X, and Beat will grab spray paint cans. Each character will also have unique animations.

Additionally, post-launch characters can be purchased and downloaded from your platform’s store. They will only cost a few dollars and will likely have the same stipulations as the above characters.