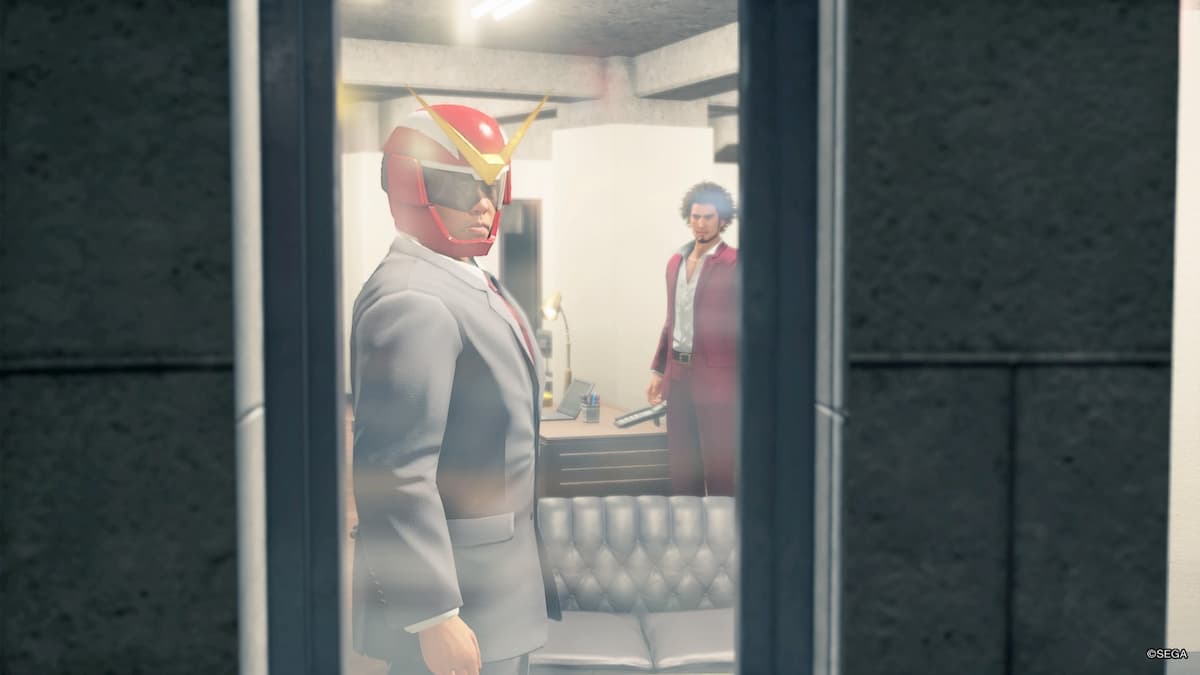 Kasuga is a unique individual in Yakuza: Like a Dragon. He’s a man who sees himself as a hero due to playing Dragon Quest quite a bit when he was younger. It’s changed his perspective on the world, and it’s one of the reasons Like a Dragon is a turn-based game. During your adventures, Kasuga joins a Part-time Hero career, and it unlocks an application on his smartphone to keep track of these many quests and challenges that you can do in the game. But you don’t unlock it immediately.

To unlock the Part-time Hero application, you need to progress through the game until Chapter 5. At this point, when it’s night out, there will be a particular side quest you need to do called How to Become a Part-Time Hero. You start it by visiting Restaurant Row.

Kasuga walks into the middle of an alleyway where there is a man in a suit being attacked by some thugs. The man in the suit had called someone from the Part-time-Hero.com service and believes Kasuga is them. Kasuga is more than happy to help. After beating up the thugs, the citizen thanks you, but the true hero for the Part-time-Hero.com service arrives, fully equipped with a heroic helmet. They mistake you for the thug, forcing you and your party to fight them.

After the battle, everything becomes clear, and you’re taken through another cutscene where the hero behind the mask reveal themselves to be Hiro. Hiro and Kasuga exchange words and Hiro eventually hires Kasuga to assist him with the service, wanting to protect the city. The two agree, and the Part-time Hero application unlocks on your smartphone.

You can refer to the application to learn about any of the challenges you can complete, what else you can do, quests that you can do, and other activities to increase your hero rank, earn rewards, and receive yen for your hard work. There’s a lot to do, and all of the challenges are tied to steadily progressing through Yakuza: Like a Dragon.