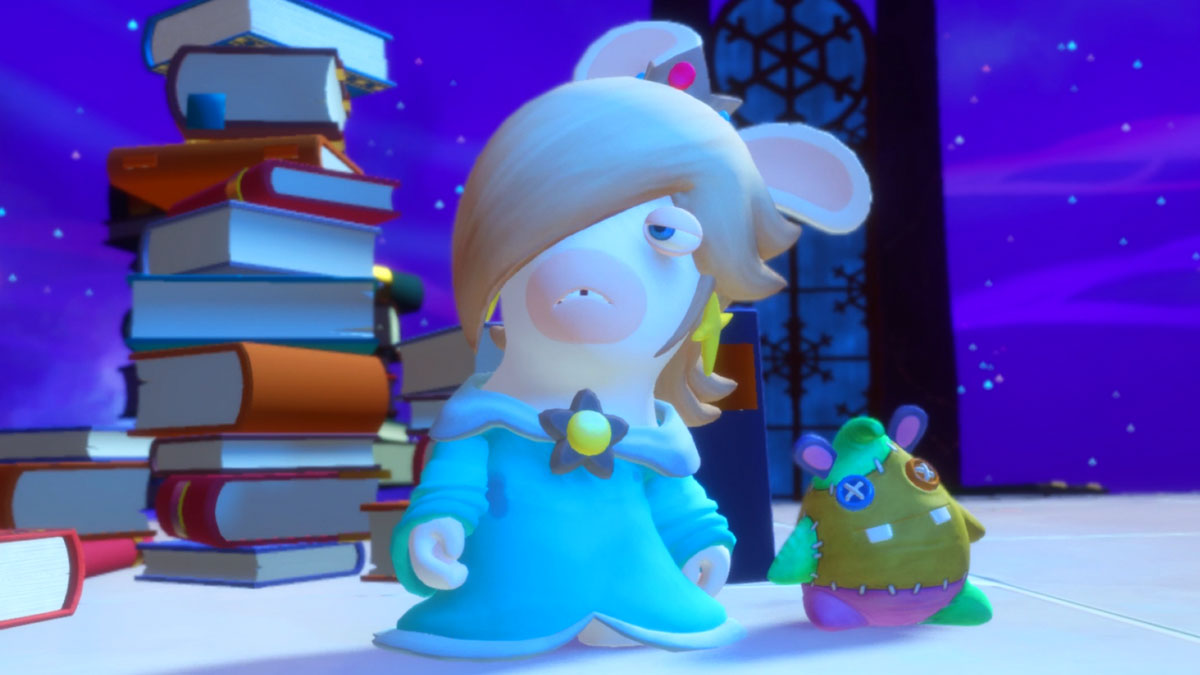 There are three new heroes in Mario + Rabbids: Sparks of Hope, and the second one you can recruit is Rabbid Rosalina: a sleepy, stasis-inducing version of everyone’s favorite space lady from Super Mario Galaxy. If that sounds like someone you want on your side, then read on to find out her to unlock her.

Related: How to unlock Edge in Mario + Rabbids: Sparks of Hope

Where to find Rabbid Rosalina in Mario + Rabbids: Sparks of Hope

You can’t get Rabbid Rosalina without making your way through the main quest of Spark of Hope’s second planet, Pristine Peaks. Step one is to climb the mountain, so follow your marker up the winding trail. Eventually, you’ll have to destroy the Stone Mask in a special battle, but after that, you’ll be able to enter the second part of the map, where a giant castle awaits.

Clearing that castle is the second-story quest in Pristine Peaks. Head inside and follow the checklist, which will eventually take you to the throne room. There you’ll encounter another one of Cursa’s main minions, Midnite. This is the ultimate boss fight of the level, but Rabbid Rosalina will join you for it, making it your first fight with four party members. Defeat Midnite, and Rabbid Rosalina will join you for the rest of the adventure.

Rabbid Rosalina is a great addition to the team. Her main weapon is a stuffed animal that rapid-fires like a magical machine gun, dealing high damage. It can only target one enemy, but upgrading it increases the number of shots you can unleash each time.

Her special ability is a real winner too. Ennui can hold enemies in place, essentially making them lose a turn. This lasts for one round initially or until they take damage. It’s beneficial in encounters where your goal is to reach the other side of the battlefield since you can just pin enemies in place as you move across.