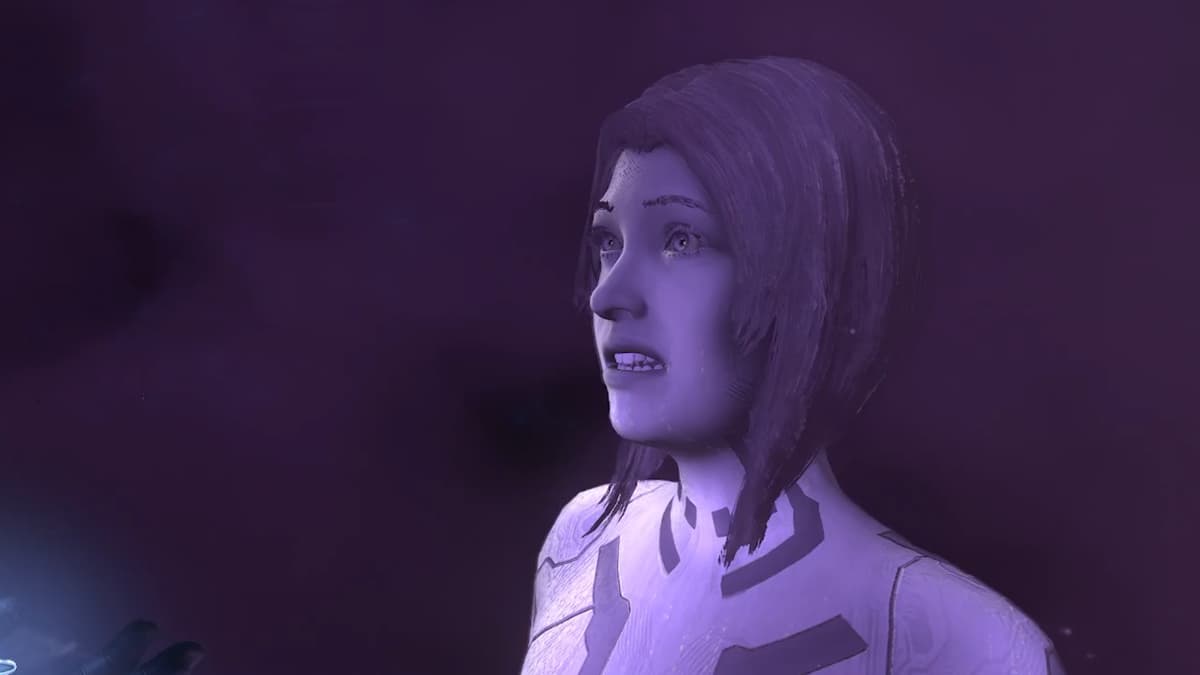 Cortana is about as iconic a character as you can get in the Halo series. Being paired up with Master Chief led to the two essentially sharing the role as the main character and being known as one of the most popular teams in video games over 20 years. That being said, the story in Halo 5: Guardians ended with Cortana becoming the main antagonist, and since then, there have been a lot of questions about her status. Is Cortana dead in Halo Infinite?

Obviously, there will be some significant story spoilers below for Halo Infinite. Read on only if you have beat the main story or don’t care about being spoiled.

Throughout Halo Infinite, Master Chief is accompanied by a new AI referred to only as The Weapon. This AI has many similarities to Cortana but is not the exact same character we have loved over the last two decades. She is a copy of Cortana, not the same person.

Instead, the Cortana we know arrived on Zeta Halo after destroying the homeworld of the Banished and was looking to unleash a new power. When she saw the UNSC approaching, she knew that Master Chief was on the way to delete her. Instead, Chief was thrown out into space for six months by Atriox, and the Banished leader then found her. However, The Weapon had fulfilled her purpose of containing Cortana in the Silent Auditorium and could work at deleting her.

During the meeting with Atriox, Cortana realized the error of her ways and sacrificed herself by exploding the Halo ring. In the few milliseconds before the explosion, she leaves echoes across the ring to work as messages to lead Chief and The Weapon back to the Silent Auditorium and stop the Banished from unlocking the ring’s power. During this time, she also deactivates the deletion protocols so that The Weapon can help Chief accomplish this new mission. When the explosion goes off, Cortana is completely destroyed aside from the echoes of her memories.

While it appears that Cortana is dead in Halo Infinite, that doesn’t mean that there is no way for the original version we know to return, but we believe The Weapon is just the new Cortana. At the end of the game, it is strongly implied that The Weapon would like to take the name Cortana, so going forward, this was a way for 343 Industries to bring back our favorite AI, just slightly different.