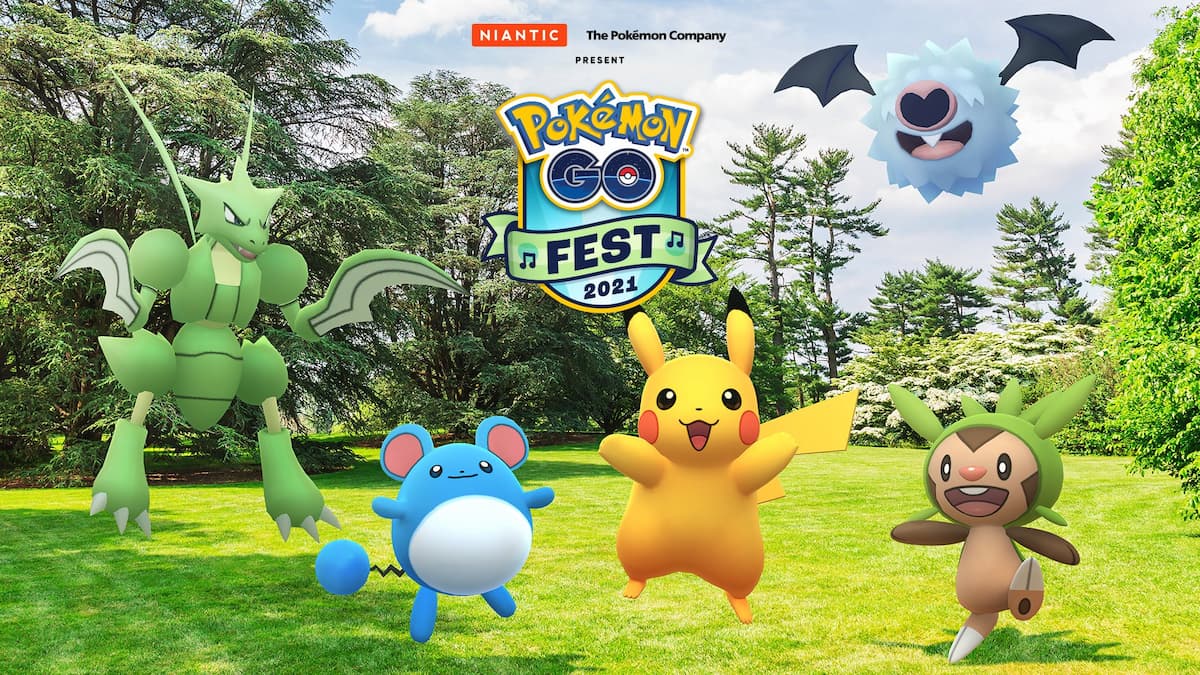 Meloetta is a Mythical Pokémon from the Unova region and appeared in Pokémon White and Black version. It’s a Mythical Pokémon that can transform into a unique forme when it used Relic Song during a battle. Normally, Meloetta is a Normal and Psychic-type Pokémon, and when it used Relic Song, it transformed into its Pirouette Forme and became a Normal and Fighting-type Pokémon.

The only hints we’ve received from the Niantic team that Meloetta will be Pokémon Go Fest 2021’s Mythical Pokémon is that the entire festival will have a music theme. Meloetta is known as the Melody Pokémon, and its hair resembles that of a music sheet. Beyond these details, we don’t have any concrete details if Meloetta will appear at Pokémon Go Fest 2021. However, given the event’s theme, and the fact Niantic are slowly making their way to the next region, the Hoenn region, it seems like the best time to bring out another Pokémon from the Unova region.

Alongside all of the hints from Niantic, data miners have been slowly learning more and more about the development team, making it easier for Pokémon to use their transformations. Up until this point, most Pokémon transformations were considered entirely separate Pokémon. Pokéminers, the reliable data mining team that focuses on Pokémon Go, have found information that Niantic is potentially developing a way for players to switch formes from their menu, similar to if they were going to evolve a Pokémon. We have to take this information with a grain of salt, and none of it has been confirmed, but with more Pokémon appearing in Pokémon Go with unique formes, it would make sense.

We’ll be learning more details closer to Pokémon Go Fest 2021, which starts on July 17. However, Niantic normally does not reveal the event’s Mythical Pokémon until the day it happens, so we’ll likely have to find out when the event rolls around.